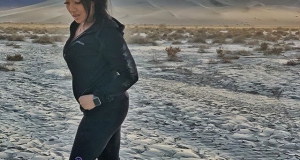 Being here felt like being on another planet... the moon dust we had to mob through to avoid getting stuck through the valley had a lot to do with it... I’m sad today, it’s been a rough few days but I think I’ve made some decisions that aren’t necessarily going to make me happy, but needed to be made for my sanity and well being... ignore my emotional rant lol; I’m strong and will come out ahead... —- @virusintl compression gear- can’t live without it!

END_OF_DOCUMENT_TOKEN_TO_BE_REPLACED

I chose to #optoutside on… 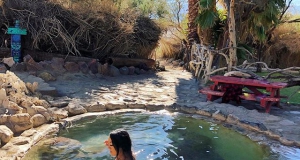 I chose to #optoutside on #BlackFriday in a secret corner of the world that’s close yet oh so far away.. a place where special people come to gather to give thanks from places more far than near, clothes are mostly an afterthought, and money is not the currency... it was a special experience that I hope I never forget..

END_OF_DOCUMENT_TOKEN_TO_BE_REPLACED

Yesterday morning we chose to… 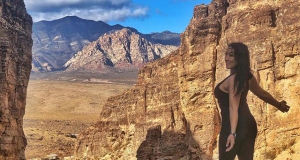 Yesterday morning we chose to #optoutside on my Annual Thanks-Caving adventure before gorging ourselves silly; this was taken just outside the cave looking towards #RedRock.. today we chose to #optoutside as well and are heading off on a quick adventure till tomorrow... get us away from the craziness of Vegas right now! What are you doing instead of going Black Friday shopping? —- @virusintl compression gear

END_OF_DOCUMENT_TOKEN_TO_BE_REPLACED

I’ve been super busy and…. 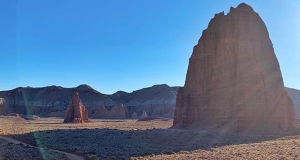 I’ve been super busy and. It keeping up on posting from my adventures! This was from Utah a couple weeks ago when I went with @missjessbess & @whiskeybowen.. I don’t like cold (that’s why I live in the desert) and camping in 20 degree weather isn’t really for me.. so the camping adventures are probably done for this season although I am gonna do one last hoorah this weekend in Death Valley where it’s still warm!! I’m gonna transition into snow season and dust off my snowboard!! Who’s ready for some winter sports?

END_OF_DOCUMENT_TOKEN_TO_BE_REPLACED

Another one of these photos… 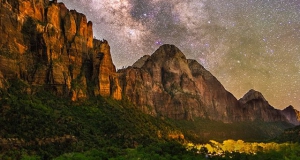 Another one of these photos I’ve been sitting on all summer to edit.. This was from a trip I had headed up to the area near Zion and Bryce with some non-photographer friends.. Lucky for me one of them was interested enough to tag along with so I didn’t have to shoot alone; we took naps each evening and then rolled out of bed at 1am. We had been hiking and exploring earlier in the day and I spotted this composition and knew I wanted to shoot it so we hiked a little ways in to get there by 2:30 am when the moon was just setting. I was new to shooting at much longer focal lengths and 20 seconds for the sky At 28mm didn’t seem bad (I love shooting at 28 now). It still doesn’t as I don’t see any trailing of the stars but I don’t understand why I don’t! The foreground was 2.5 minutes each image but stacking helped clean it up pretty nicely! - Even in April I was chilly and wearing my snowboard jacket to keep warm and gloves on my hands.. thankful that my friend joined me because doing this shot wouldn’t have been nearly as fun. Do you prefer to shoot with friends or alone? —- 10 stacked image - foreground ISO 6400 F2.8 2.5 minutes - 20 stacked image - sky ISO 10000 F2.8 20 seconds —- @tokinausa 16-28 @28mm @slikusa 634-CF @canonusa 6DMK1 Processed in LR & PS Stacked in Starry Landscape Stacker

END_OF_DOCUMENT_TOKEN_TO_BE_REPLACED

#FBF #FlashbackFriday this is the… 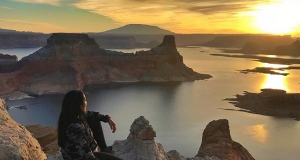 #FBF #FlashbackFriday this is the sunset I saw a year ago today in Utah... I love when FB pops up these memories!! — Catching sunrise over Lake Powell... it wasn't looking to be too impressive when I woke at dawn but had left my camera on the side of the cliff shooting overnight so had to go pick it up... I'm so very glad I did!! Thanks to my friend @ryansmithfineartphoto for the photo!

END_OF_DOCUMENT_TOKEN_TO_BE_REPLACED 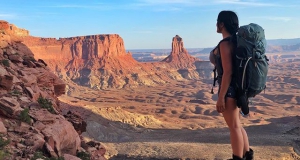 #FBF #FlashBackFriday —- Repost @narcissisticnomad ・・・ Last night I checked a comp I’d been wanting to shoot in Canyonlands off the list; this was right before end of the trail... I knew the trail because I had been there before but instead of going the way I knew, I took a closer trail to where we parked our cars... it led us on a wild goose chase of cairns and trails that cliffed us out on more than one occasion. Do people know that cairns are important for trails and wrong ones can cause Life or Death situations out in the desert? I can’t explain HOW WRONG these trails were and how many wrong dozens of cairns there were.. please do not mark trails incorrectly if you don’t know where you’re at! Love this @shimodadesign pack for all my photography gear!! —— . . . . . #herwanderfullife #womenwhohike #womenwhoexplore #outdoorwomen #wildernessbabes #wildernessculture #narcissisticnomad #andshesdopetoo #adventuregirls #theoutbound #outdoorsupply #backcountrycom #mountaingirls #radgirlscollective #adventureismydrug #adventureofalifetime #adventurecollective #adventureawaits #rei1440project #seetheworld #livealifeworthliving #weliveweexplore #getoutside #alpinebabes #likeamountaingirl #campingofficial #traveling_the_blue_planet

END_OF_DOCUMENT_TOKEN_TO_BE_REPLACED

#FBF #FlashbackFriday to a dramatic… 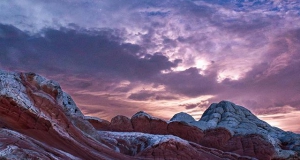 #FBF #FlashbackFriday to a dramatic night in Northern AZ with good peoples and fun memories! —- Repost @tracyleephotos ・・・ Our trip was supposed to be about Milky Way last week and it ended up being inadvertently about storm chasing. @missjessbess and I met up with @milkywaymodel and @_ChristianLoya and took the very sandy journey out to White Pocket for the night. We were hoping that it had rained enough for their to be pools of water for reflections but we weren't so lucky.. --- I had spotted this comp on my last trip here in November and we got equally as skunked last week as we did back then. We had 50mph gusts rocking us and our tripods as we tried to shoot our Blue Hour foregrounds.. The skies were clear but it was a race between the clouds and the Milky Way and the clouds took the checkered flag as the light was dimming out of the sky.. --- I can't believe that this image still came out as good as it did considering how bad the wind was and how hard I was holding my tripod down and squeezing my eyes shut! The lightning wasn't striking out of the clouds so best I got was them glowing brightly... I used @photopills before it was dark to verify what time we would need to shoot this for MW... This is a blend of multiple exposures, stacked in Starry Landscape Stacker ---- Sky 20 images ISO 6400 F3.2 10 seconds - Lightning 1 image Sky 20 images ISO 6400 F3.2 10 seconds - Foreground 10 images ISO 400 F2.8 30 seconds ---- @SlikUSA 634-CF @CanonUSA 6DMK1 @CanonUSA 24-70 2.8 Processed in LR & PS

END_OF_DOCUMENT_TOKEN_TO_BE_REPLACED

So way back in June… 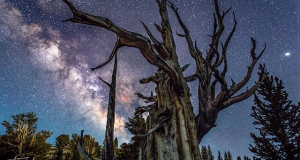 So way back in June I did #TheGreatMilkyWayChase... I went a great many places, I made a bunch of new friends, and I shot more photos than I have even been able to edit.. - This photo was taken near the end of the GMC when I was with @ryantoswald @smpetersonphotography @debheyerphoto & more! We went up to shoot the Ancient Bristlecone Forest and I have to admit I was SOOOOOO exhausted. Although Ryan and I made a pretty full exploration of the grove, when it came down to it, I picked this tree that I had seen the previous time I had been there... I made very little effort and only shot from Milky Way rise to just after the moon set... Then I put my camera on time lapse and went to take a nap. —- Going through the photos later, I could see my lack of effort in my photos and no matter how many times I tried to edit, I just wasn’t liking what I was coming up with.. I realize now that it was my laziness from that night reflecting in my edits and after I gave it some time and tried again, I indeed like some of the photos from that night.. I have found that I often need to walk away from an image and come back to get inspired; shooting the image is only half of the battle. The lighting in the background of this image is from the moon as it was setting; there was no longer any moon only ambient light on the tree.. —- 20 images stacked in SLS ISO 8000 F2.8 15 seconds @canonusa 24-70 @ 24mm @slikusa 634-CF @canonusa 6DMK1 Processed in LR & PS

END_OF_DOCUMENT_TOKEN_TO_BE_REPLACED 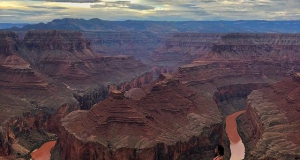