Don't Miss
Home / instagram / I finally got to shoot…

I finally got to shoot…

Photo Caption: I finally got to shoot the Milky Way out of an airplane window, and DANG, it wasn’t easy! This is ONE SINGLE image.
—
It started off with my flight to the east coast. I have a habit of choosing seats on the left side of the plane.. I looked out on my red eye &spotted the Big Dipper. Damn!! I hadn’t even thought about the fact I could possibly get this shot on this trip!
—
So I decided to try and get a window seat for the flight home on @Delta Airlines from #JFK on Tuesday evening (last night).. I tried to online as I checked in, &it wouldn’t allow me to change seats. I tried to when I checked bags in and they wouldn’t allow me to either. I got to the gate with a little less than an hour to spare &asked the gate agent. They told me there were no seats available on the plane but it for some reason something came open they would let me know. 5 min later I heard my name over the loudspeaker and rushed back to the gate. Latoya (the SUPER HELPFUL DELTA AGENT) said there was only a seat in the last row which is def not my fave, but all of a sudden she did some hocus pocus &I I had a seat in 29a which is the south side of the plane window. @Delta, she didn’t need to do this but i’m so happy she did!
—
As we took off, the sun was still setting and I knew we would be chasing the sunset across the sky going west. I would land about an hr after dark, so I was hoping that I would somehow get the shot I wanted. It took me a lot of trial &error to get this shot during blue hour, using my tripod to hold my camera against the window, &my jacket to cover up the window to get rid of any reflections from the cabin. This is the 1st of two images, and although not the cleanest image (I was fighting turbulence for a good amount of the time I was shooting) I’m pretty happy with how it came out. Note: don’t pull down the window shade; took me forever to figure out it was throwing a weird reflection!
________
ISO 6400
F2.8
10 seconds
@TokinaUSA 11-20 2.8
@SlikUSA 634-CFL
@CanonUSA 70d
Processed in LR & PS
_________
#tracylee #tracyleephotos #tracyleephotography #slikusa #canonusa #tokinausa #canonbringit #teamcanon #teamtokina #teamslik #shootslik #sliktripods #mycanonstory #delta 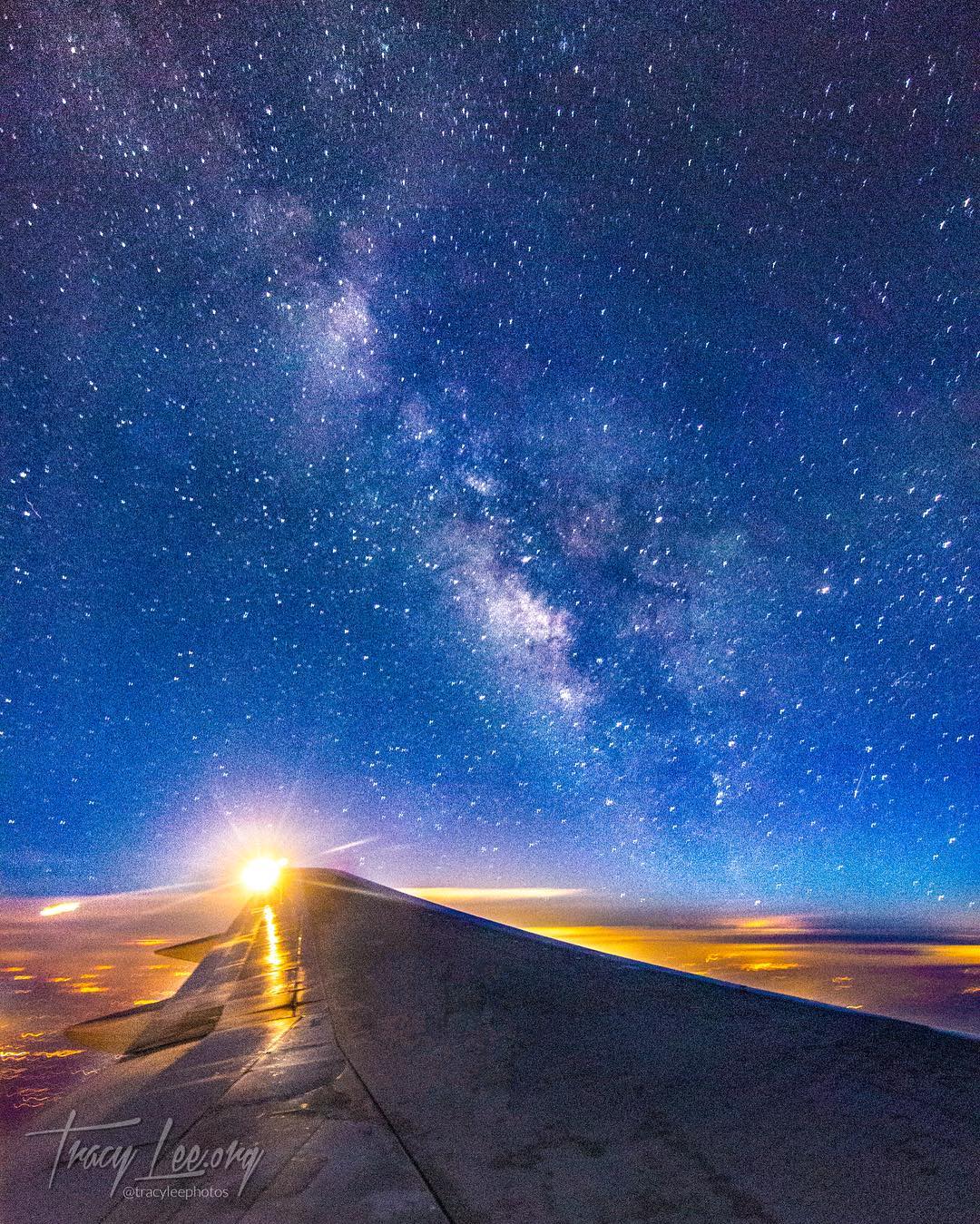