Photo Caption: Took a 16 hour RT to Cathedral Gorge with @EagerExplorer & @KGoujon… For Saoly and I, it was a picture mission, and for Kevin it was all about sleep. We stopped in the town of Caliente for dinner at the Knotty Pine, one of two restaurants in the small town along the way.. Because of our stop, we got to the Cathedral Gorge campground in the dark… We were hoping there were enough trees for us to hang out hammocks from and this was no issue and we quickly got camp set up. With Kevin asleep, Saoly and I took off to take photos of the Milky Way..
—
I wanted to catch some of the light from the sliver of the moon still above the horizon, and then blend it with a sky background.. The clouds weren’t quite working in our favor because as soon as we had a composition set up (it took a while to pick one out in the dark and the location we were in would have been better a couple months earlier in the season) then the clouds moved over the moon which was about to set. I went to do some longer foreground exposures in the mean time with the hopes that the clouds would clear and the minute they were no longer in front of the moon, i was shooting new foregrounds. Because the MW had moved too far west, and I wanted a vertical shot, I decided a 2 frame stacked vertical pano was the way to go.. 10 shots pano’d and stacked for the foreground, and 5 pano’d and stacked for the sky.
—
Why 5? I couldn’t get the cloud/mw placement correct in the 10 shots so had to reduce down to 5.
—
Shooting the MW sometimes requires some quick thinking and there was NO WAY I was leaving Cathedral Gorge this time without a MW shot like my previous visit. Thank you Kevin for driving!
—
ISO 6400
F2.8
20 seconds
all 15 frames stacked in Starry Landscape Stacker for NR
@TokinaUSA 11-20 2.8
@SlikUSA 634-CFL
@CanonUSA 70d
—
#tracylee #tracyleephotos #tracyleephotography #slikusa #canonusa #tokinausa #canonbringit #teamcanon #teamtokina #teamslik #shootslik #sliktripods #easternsierras #californialiving #californialove #longexposure_shots #nightshooterz #nightshooters #longexposure #longexpohunter #amazing_longexpo #amazingearth #itsamazingoutthere #nightphotography #mycanonstory 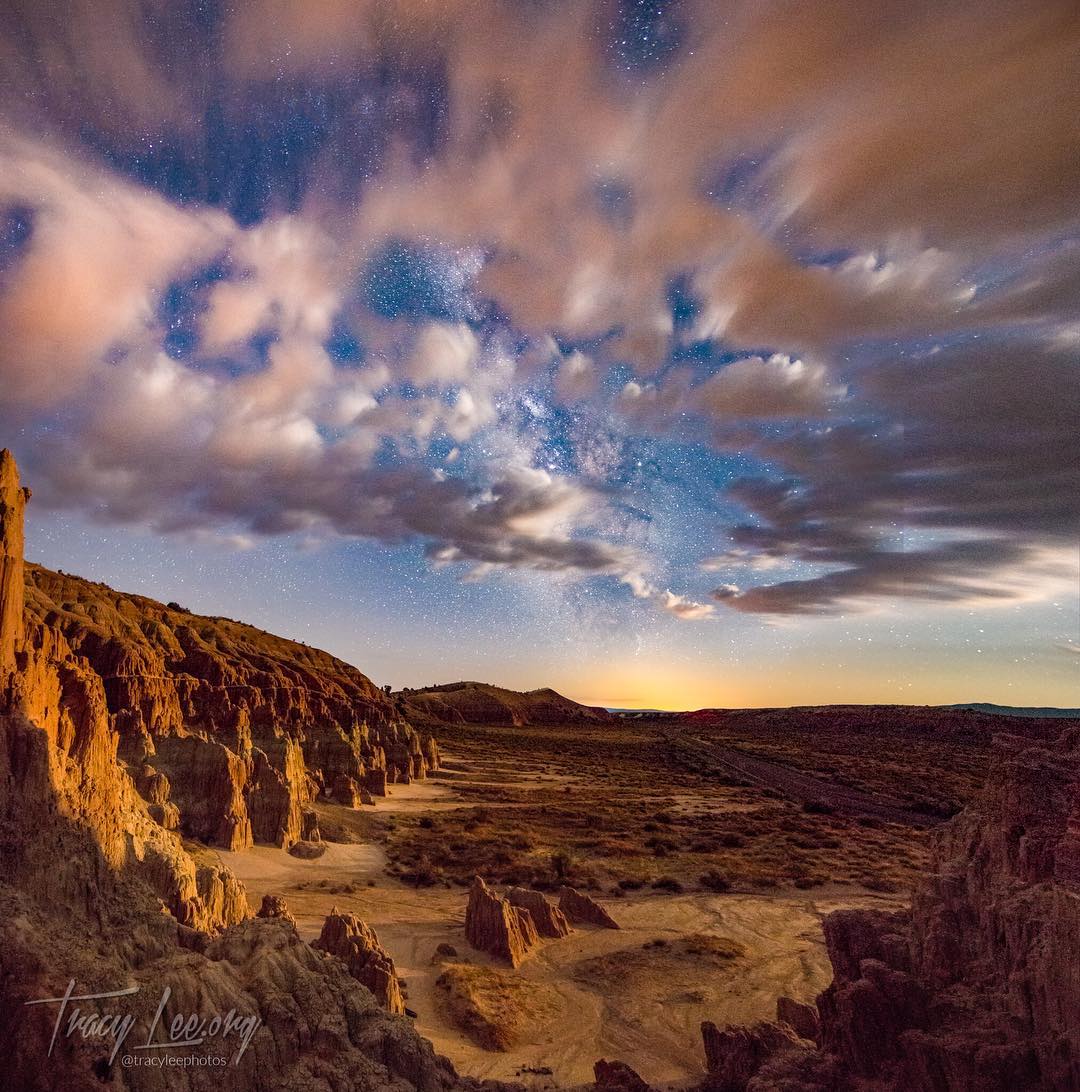