Don't Miss
Home / instagram / This image was a HUGE…

This image was a HUGE…

Photo Caption: This image was a HUGE source of frustration.. Finding the location wasn’t hard. Climbing up to it was a little tricky but not hard either.. Coming back at night, not difficult. But, my friend @Tommymacfoto and I planned to be there around 1230 and the moon was to set around 130. I didn’t take into consideration the tall mountains. The moon had disappeared behind them around the time we arrived. So instead of the even ambiance of the moon, I had the choice of a long exposure or low level lighting.
—
I attempted the long expo but wasn’t happy with the coloring or look of it. I spent the next couple hours frustrated and practically in tears; not matter what way I tried to light with a Lumecube.com/160.html (use code TRACYLEE for free US Shipping) and the orange lighthouse filter, or bounce a light there was a huge dark area near the center of the Sky Rock.. I was kicking myself for not making it before the moon set. I felt really bad for Tommy who was trying to learn how to shoot the MW from me as I was super frustrated and not being a patient or nice person. Sorry Tommy; thank you for being my adventure buddy on this trip and thanks for driving!
—
It was some time after 3am that I realized that the composition I had set up for wasn’t going to have all the elements I wanted in it; I changed up comp and decided to do a vertical pano with horizontal frames to try and get as much of both the MW and the petroglyphs into the final image. I had finally also gotten the light the best that I could (still dark in the one area) by bouncing the light off the rock next to me and did 10 frames of each shot for the pano. By the time I was finishing the pano, the sky was starting to brighten. I was disappointed and just hoping that I had gotten something worthwhile.
—
In the end, I can’t believe how easily the Pano went together and that I got a shot that i really like! I really wanted the snowcapped mountains in my image along with the art & the Milky Way and I achieved it!
________
ISO 6400
F2.8
15 seconds
30 images stacked in SLS for NR
Processed in LR
@TokinaUSA​ 11-20 2.8
@SlikUSA​ 634-CFL
@Canon​USA 70d
________ 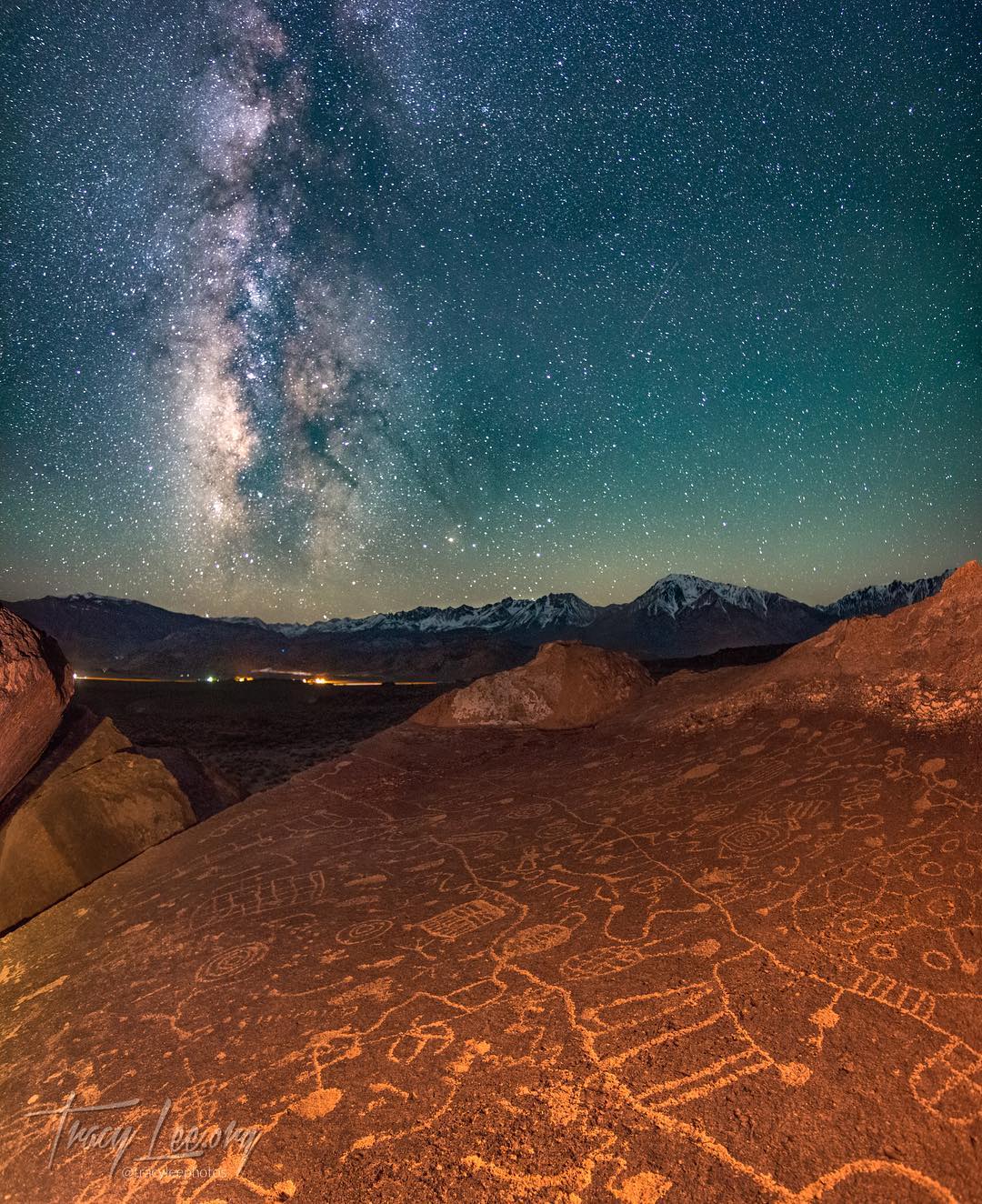