Photo Caption: I like to call this place “Poor Man’s White Pocket” because it’s much easier to drive to, although it’s quite a bit more difficult to hike to.. I took off here on Monday Night with my friend @big_kansas.. We had every intention of being there before sunset but we got delayed for various reasons and got there at dusk…
—
I had to move around quickly to try and choose a star trail comp and with Dan’s assistance, came up with this one. I lit the rock formation from below and to the left so it would bounce on to the rocks in the back. I lit the foreground by putting a LumeCube.com/160.html (TRACYLEE for FREE US Shipping at that URL) off to the left behind my camera and bounced it off rocks there to throw a shadow on the ones in front of me. I shot 10 images to stack in Starry Landscape Stacker for the foreground and then turned off my lights to conserve them. I ran the camera using the @TetherTools Case relay off of my USB battery pack. Caught a couple shooting stars or satellites in the process.
—
I was getting ready to set up my 2nd camera for Milky Way when I realized that I had no memory card in it. I tore apart my camera bag to find another one with no success.. So this star trail is 220 images because I wanted to shoot some MW too…
—
As we were hiking out that night, Dan spotted 3 sets of eyes off in the dark peering at us. I was only able to spot 2 of them but it was eerie that they were so close and not scared away by us. We carefully hiked through the brush on the way out, watching our backs the entire time…
_____
Foreground
ISO 1600
F2.8
30 seconds
Sky
ISO 1000
F2.8
30 seconds
10 images stacked in SLS for NR
Processed in LR & PS
@TokinaUSA 11-20 2.8
@SlikUSA 634-CFL
@CanonUSA 70d
@TetherTools Case Relay
_____
#longexposure_shots #nightshooterz #nightshooters #longexposure #longexpohunter #longexpo #amazing_longexpo #amazingearth #natgeo #itsamazingoutthere #nightphotography #desertstarscapes #tracylee #tracyleephotos #slikusa #canonusa #tokinausa #canonbringit #teamcanon #teamtokina #teamslik #shootslik #sliktripods #lumecube #capture4cubes #litbylume #utah #whitepocket #poormanswhitepocket 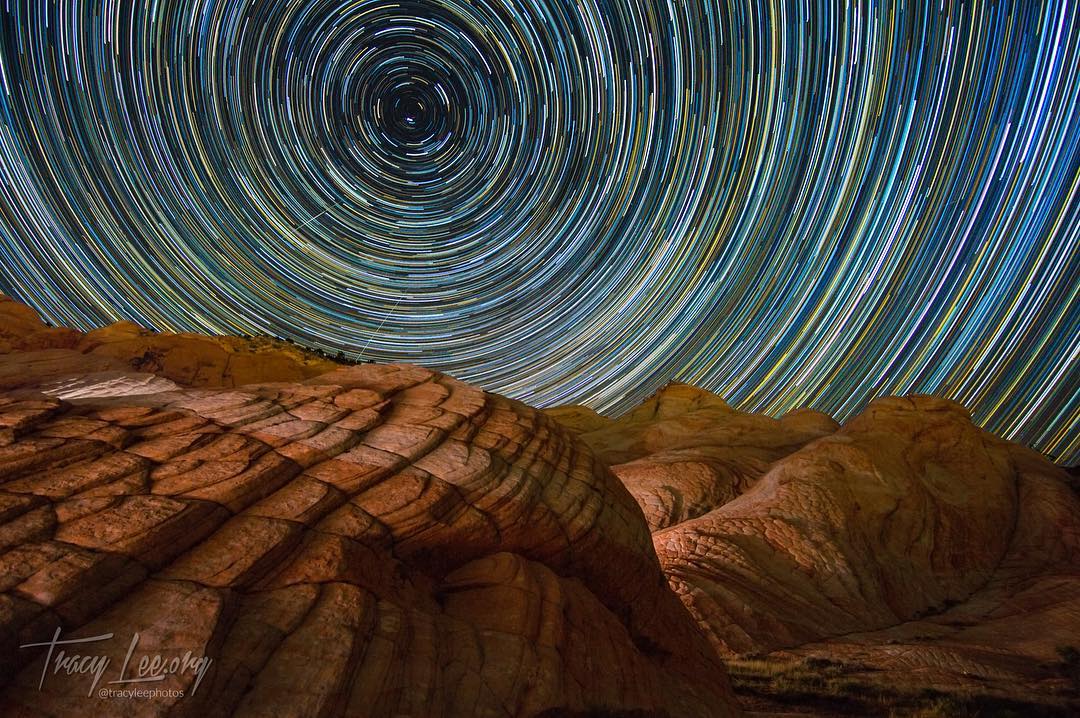