Don't Miss
Home / instagram / I wasn’t sure about posting…

I wasn’t sure about posting…

Photo Caption: I wasn’t sure about posting this because this is the 2nd photo this week I had to composite items into and normally I don’t.. I had been wanting to shoot the @neversummerindustries #Proto2 with the Milky Way in the background because the graphics on it are of the night sky. Many of you don’t know that I’m a passionate snowboarder in MW off season lol… I couch surfed in Conifer, CO at my friend @joeyherman’s house and knew that I wanted this shot so drove around the area for 3 hrs trying to choose a location.
—
In the end, would you believe the MW lined up through the trees in his yard? In this particular composition, you can’t tell how much of the MW you could actually see because I wanted to use the 14-20 from @tokinausa to shoot this.. I have to note the entire time I’ve been in Colorado I’ve been battling clouds and inclement weather.
—
I set my alarm for 3am and looked outside to see that it wasn’t time, so woke up again at 4am which was still too early but it took a while to set up and get my lighting right.
—
I used a single Lume Cube (go to lumecube.com/160.html and use code TRACYLEE for free shipping) set on 5% power and bounced it off the wall of the house. I focused on the board although I did shoot to focus stack the MW too. I used a wireless intervalometer to take 10 images but ended up stacking 8 in starry landscape stacker.
—
I ended up having to composite in a snow photo I found because their dogs had footprints through all of the snow in the yard, photographer credit UNKNOWN although I researched a while to try and discover who’s photo it was to no avail.. last night after I left back to Denver, it dumped a whole foot of snow 🙁 but the sky has been over cast. What can you do?
_____
ISO 6400
F2.0
8 seconds
@tokinausa 14-20 2.0
@slikusa 634-CFL
@canonusa 70d
Processed in LR, PS, & SLS
—
#longexposure_shots #nightshooterz #nightshooters #longexposure #longexpohunter #longexpo #amazing_longexpo #amazingearth #natgeo #itsamazingoutthere #nightphotography #tracylee #tracyleephotos #slikusa #canonusa #tokinausa #canonbringit #teamcanon #litbylume #capture4cubes #denver #denverco #denvercolorado #conifer #neversmerindustries #neversummer 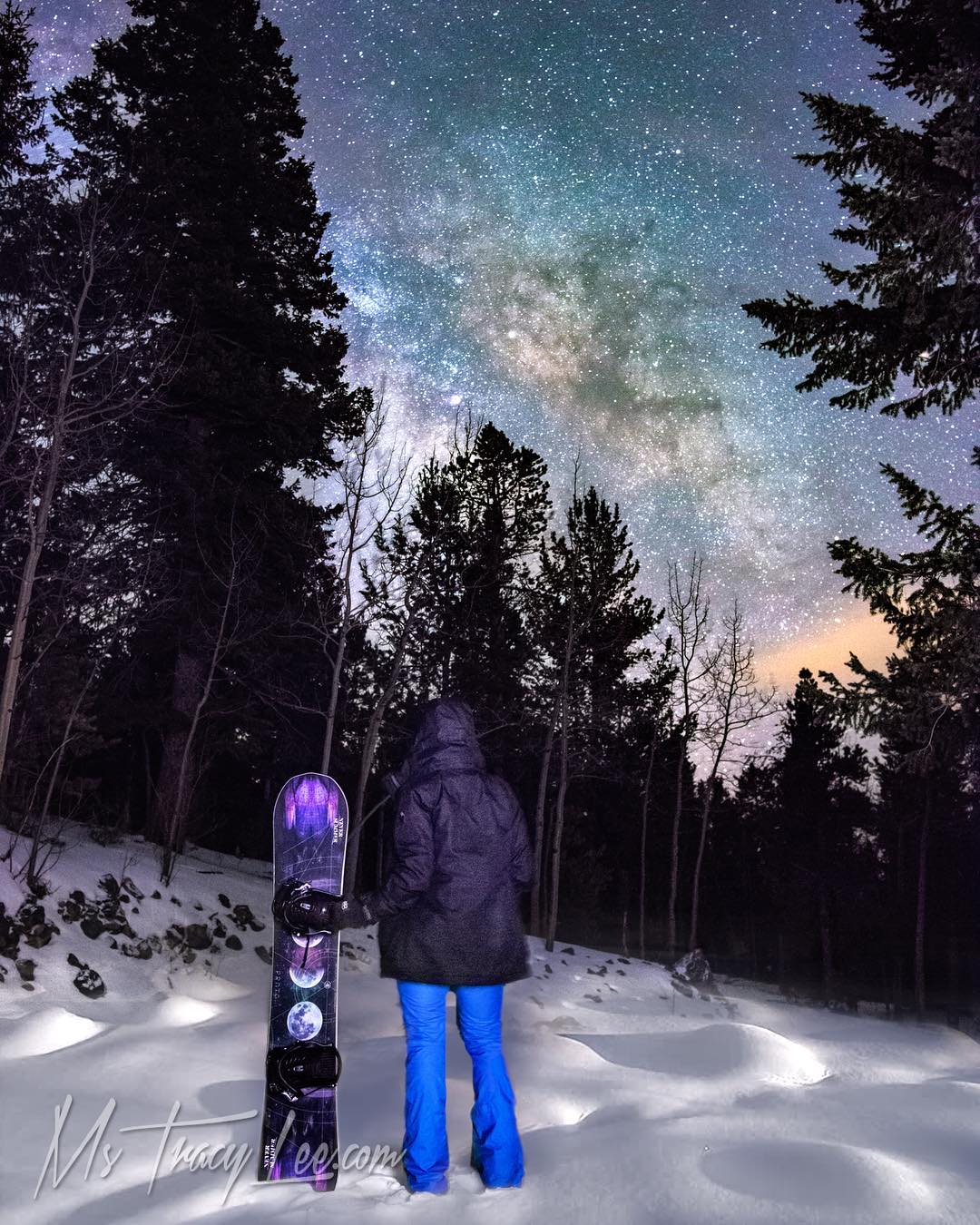