Don't Miss
Home / instagram / I had barely dusted off…

I had barely dusted off…

Photo Caption: I had barely dusted off my cameras from my Moab trip when on a whim I decided take off to Borrego Springs… I wanted to shoot the wild flowers really bad and knew that if I waited much longer that I wouldn’t have a chance. So I grabbed @ambiec28 and with all the intent in the world got on the road to try and catch sunset at 7:30 down there. —
We were meeting up with @StanMoniz who is on Team @TokinaUSA and Team @SlikUSA with me and his buddy Dan.. They were running super late which demotivated us so we grabbed dinner in Indio and finally got to Borrego Springs around 10:15pm.. —
We were already off roading in my rental car looking for compositions in the dark as well as wild flowers. The purple Verbana were blooming every where and threw off the sweetest scent; I believe it was this scent that side tracked me and caused me to get the car slightly stuck in the sand. Amber helped me push it out and moments later we were continuing on. We finally met up with the guys and set up this first composition at the famed desert big horn statues. They are on the actual Galleta Meadows Estate. I left this running until my battery died and we wandered other places in the town. This ended up being close to 300 exposures; I had shot some foreground images but because of my car lights leaving to go shoot other spots,the statues were lit up nicely and made my editing 10 times easier.
—
By the way, in case you’re wondering, the desert big horn statues are pretty anatomically correct…
________
ISO 640
f2.8
30 seconds
Processed in LR & PS
@TokinaUSA 11-20 2.8
@SlikUSA CF-522
@CanonUSA 70d
________
#longexposure_shots #nightshooterz #nightshooters #nightpicsession #longexposure #longexpohunter #longexpo #amazing_longexpo #amazingearth #natgeo #itsamazingoutthere #nightphotography #tracylee #tracyleephotos #slikusa #canonusa #tokinausa #canonbringit #teamcanon #borregosprings #anzaborrego #startrails #startrail #desertbighorn 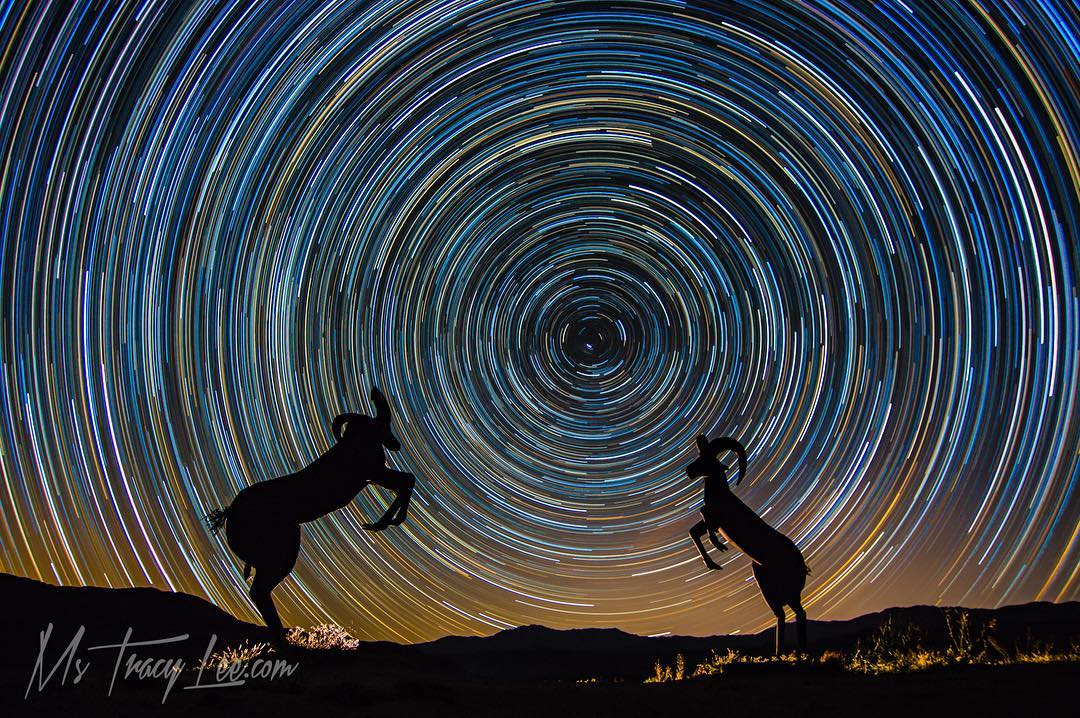