Photo Caption: I’m an addict, and I admit this… It wakes me up all hours of the night, and beckons to me.. And I willingly go.. This particular night was a Wednesday and somehow I talked 3 of my friends into joining. One who was interested in partaking and two who were just along for the ride.. We decided to head to Valley of Fire again, to “Quench our thirst”..
—
I had spotted this composition on Friday night when I was out shooting the Milky Way.. I would love to have a MW comp here, but it’s a star trail one that’s possible. Initially when I researched the cabins, I didn’t think any composition was possible due to the mountains behind..
—
My girl @kaydenphan is an aspiring astrophotographer so she was a part of helping me to light this image and also time the shooting.. I had 3 of four of my LumeCubes registered to the app through Bluetooth and the 4th I used as a constant light on the mountain behind the cabins. I put a lume cube in the 1st two cabins, and then lit the outside with the third. The lume cube on the lowest setting was way too bright for the length of time we were shooting. So I used the app with each cube at 2% power and turned off each cube at the 5, 6, and 10 second mark.. This obviously took quite a bit of testing to come to those numbers but as you can see it worked out well in the end..
—
The foreground is 8 images stacked in Starry Landscape Stacker. The stars are 253 images stacked in Photoshop.
________
Foreground
ISO 1600
F2.8
30 Seconds
@TokinaUSA 11-16 2.8
@SlikUSA SBH-200dq
@canonusa 70d
—
Stars
ISO 500
F2.8
30 Seconds
@TokinaUSA 11-16 2.8
@SlikUSA SBH-200dq
@canonusa 70d 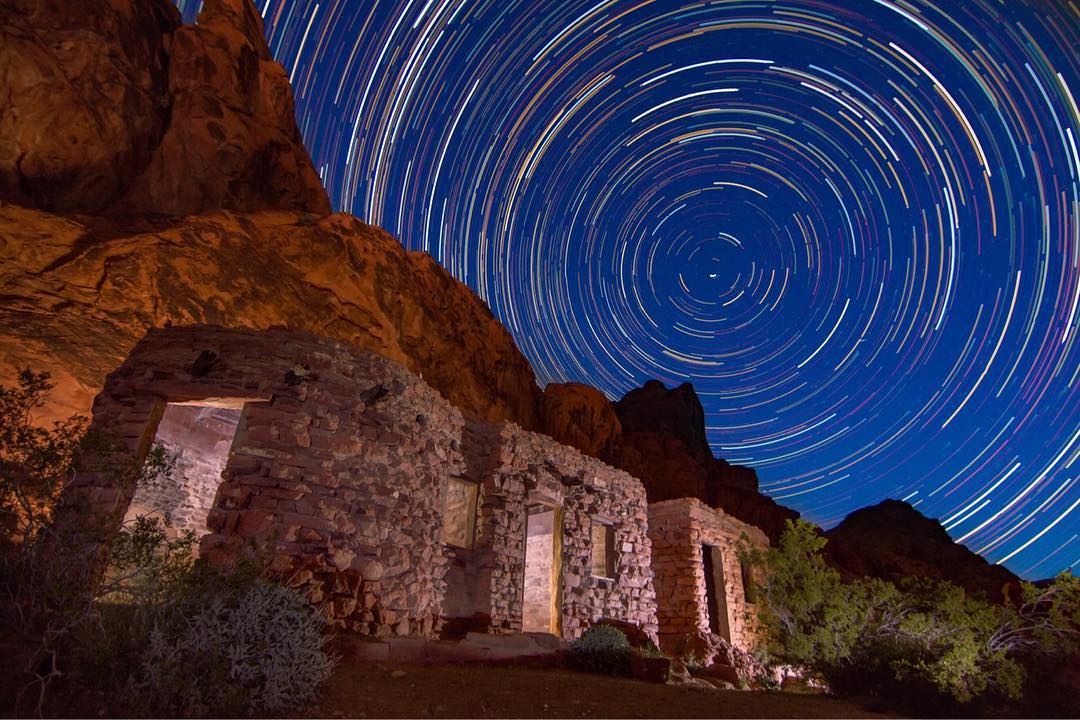