Exactly one year ago tonight,…

Photo Caption: Exactly one year ago tonight, I was sitting in this very spot shooting this very thing… I had come out to Arches for my first time to meet up with friends &shoot photos… I hadn’t quite delved into Astro Photography as of yet having only done a couple half ass attempts prior to this trip, 1 year ago.
–
At the time, most of my trips were centered around the adventure &photography was always secondary. This particular trip was all about the photos &my whole schedule was centered around sunrise, sunset, &the milky way.. We were really going non-stop on no sleep &it really hasn’t changed since then.
–
It was at North Window I created an image. It was visually stunning to me, although looking back on the same image, I realize how technically wrong it was. It didn’t matter because I was captivated. I went home from Arches with a new outlook. And, found myself back in Moab just a few days later to shoot as much MW, sunrise &sunset that I could.
–
A week later, I started Milky Way Chasers​. Yup, that means next week, MWC is a year old. Whoa. The people I have met, the places that I have been, the images that I have shot. Can you believe all of that happened in one short year???
–
I was compelled to go back early this morning; as a kind of hello, &perhaps thank you.. I knew it was a year this week, but until FB popped up a live video from today last year, I didn’t know that today was the actual day! So it was very fitting that I shot this image today.
–
It was a bit hazy in the sky, which lent to an awesome effect on some of the stars! Day was also about to break; this was taken around 5:30am. Oh yeah, I went by the park 3 times last night to make sure it wasn’t closed with the construction that was supposed to start on March 1st. I was the ONLY person in the park I think until about an hr later when someone else showed up to shoot near turret arch..
–
Thank you to everyone, those I have met &those I have yet to meet. You have all been a part of this amazing journey &I look forward to seeing what comes next!
________
10 images stacked for Noise Reduction in Starry Landscape Stacker
ISO 6400
F2.0
13 seconds
@TokinaUSA​ 14-20 2.0
@slikusa 634-cfl
@canonusa 70d
#wowutah 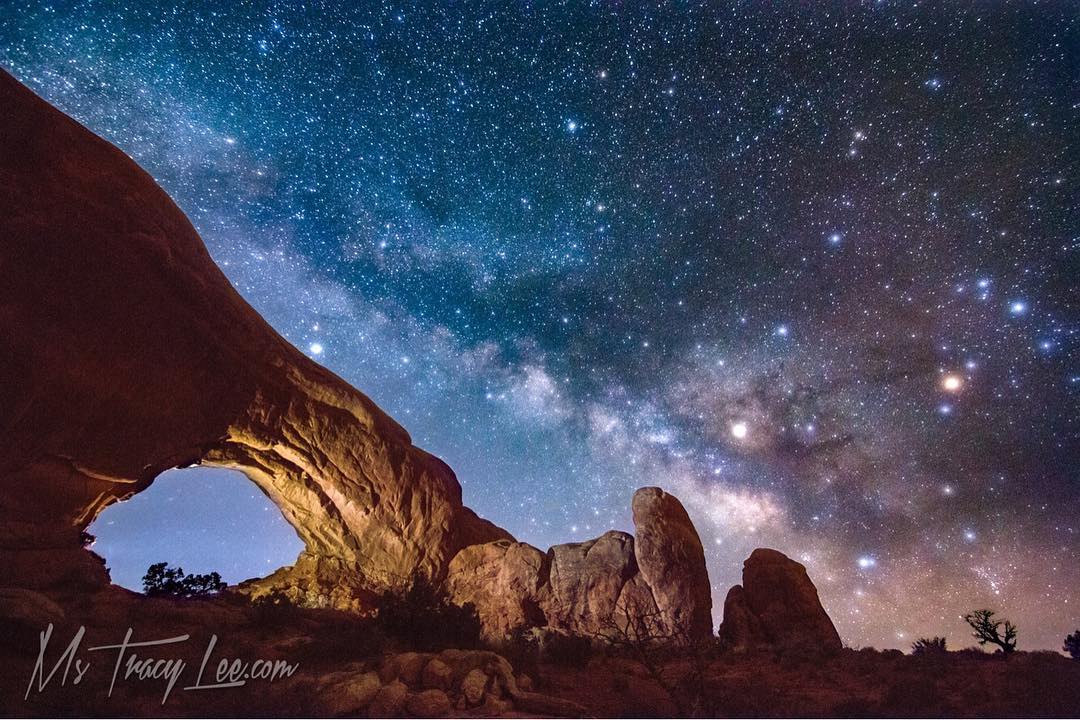