Don't Miss
Home / instagram / NOTE- THIS IS A COMPOSITE…

NOTE- THIS IS A COMPOSITE…

Photo Caption: NOTE- THIS IS A COMPOSITE COLLABORATION. Both Images were shot at pretty much the same time, even from the same tripod location. More info about the image below.
—
Now that I got that out of the way, lol.I took off to Zion for 24 hours when I heard that my friend @blazing_heavens was up there a few days.This was directly after I had come back from California where I shot at Red Rock Canyon State Park. I stopped in Vegas for a total of two hours to sleep before continuing on to Utah to try and make sunrise. I met up with Derek and we spent the next day shooting and exploring all over the park.
—
I had always loved the classic Watchman shot, but I had never stopped to look at it or shoot it. Of course I would loved to have shot the galactic core over it, but it’s not the time of season so you work with what you have. The moon set was at 2am so we headed there just before 2 to capture foreground images. I grabbed 4 images (about 5-6 min exposures each at 20mm) that I stacked in PS in median blend mode. Then we put my camera on Derek’s equatorial mount for a 5 min exposure and shot Orion. Orion was in this same direction, and had we gotten there a bit earlier we would have seen him in this position, but the moon would have washed him out. So hence the composite from the same tripod location. The light on the mountain is from the town of Springdale which i’m sure many of you already know..
—
During all the exposures, Derek introduced me to Astro Aerobics. We were doing squats and he did pushups in sets of 25 to help keep warm in the mid 30s weather that we were shooting in. I believe that this will definitely become a thing for me going forward. —
Derek was impatient to edit this shot so I set up my camera to shoot star trails and then we sat in the car and he started editing. This again was a collaboration between the two of us but in this single image I learned quite a bit of things from him that I didn’t know before. I feel that most of this lovely image was Derek’s influence but I’m happy to have had a large part of it too. Hopefully I walk away a better photographer from the experience.
________
ISO 800
F2.8
Foreground 4 images
Stars 1 image
5-6 min
___ 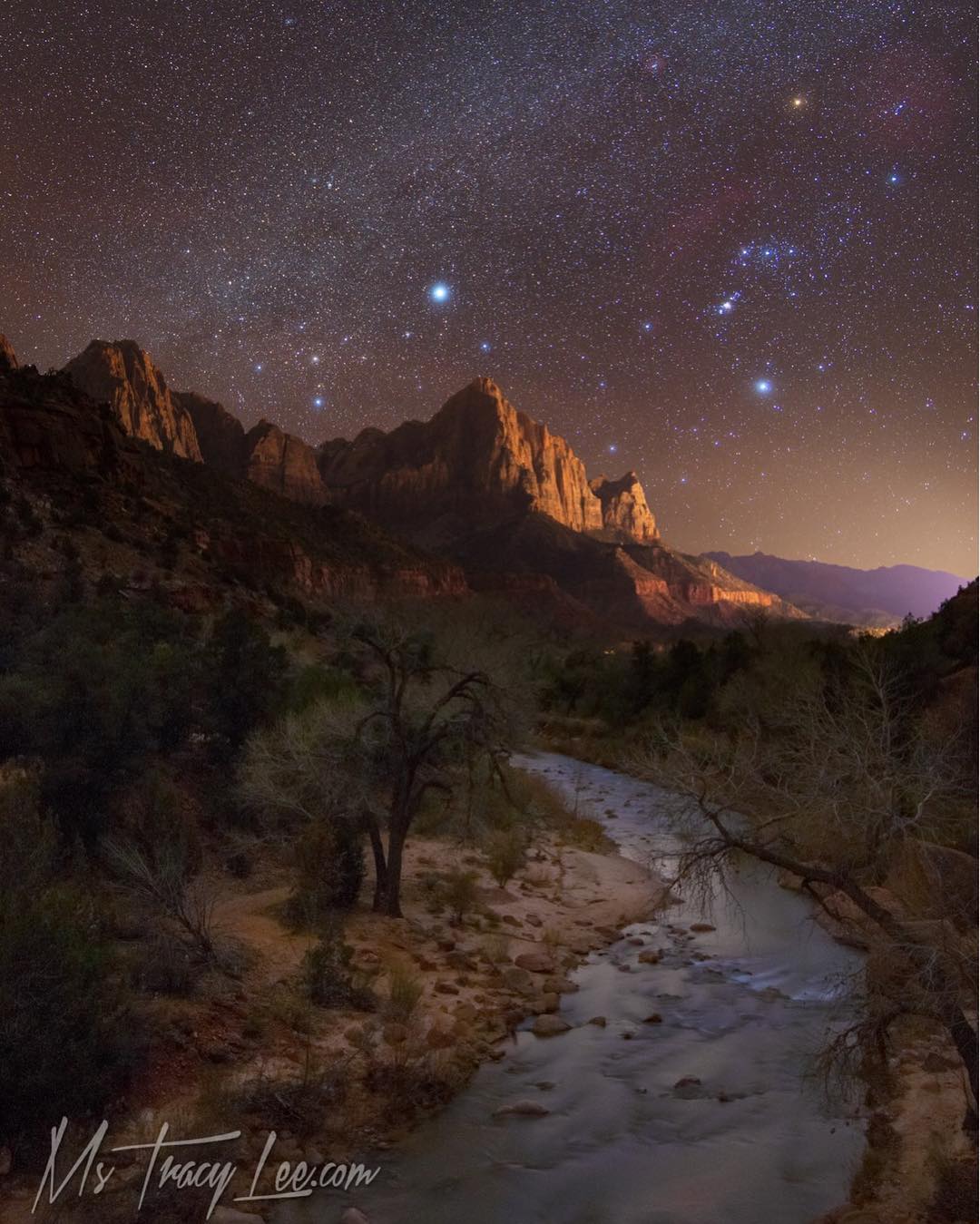