Photo Caption: Blog: bit.ly/reflectioncanyon
Sitting here talking to @the_power_of_failing about reflection canyon & decided to share it as a #FBF photo.Can’t wait to go back!
–
Repost @tracyleephotos
.
Reflection Canyon.It was brought to public light by a Nat Geo photographer named Michael Melford for a story, Glen Canyon Revealed in 2006. The canyon got “famous” when Apple TV added it to its screen saver in 2012. (I recently learned that Google added an image of Reflection Canyon to IT’S screen saver by another photographer- weird lol)
In 2010-a photographer name Ranier Grosskopf had seen the article by Michael and arranged to journey to the canyon and created a series of way pojints that I used to follow to get there 5 years later in 2015. I made sure to learn from his mistakes- I paid attention to the water levels in the lake and went there at its lowest level in end of April last year. I posted the images I got & became “friends” on FB and Instagram as a result with @MichaelMelford. He gave me props for making the journey by foot- he had done it by boat. I decided to make this an annual trip &went again last week.

The journey? For me it’s a 5 hour drive up to Escalante, UT.From there it’s a 55 mile drive down Hole In the Rock Rd, parts of which can need a 4×4 to navigate. We were lucky, the road was in pretty good condition.I’ve since heard it’s been completely washed out;about a day or so after we left. From the point we parked, it’s another close to 10 miles over varied terrain with no trail. I have many sets of waypoints now from both Ranier Grosskopf and myself;mine has a steep but big short cut listed in it.
Last year I did it as a day hike w/ 2 friends.This year a larger group of friends accompanied me out there &we camped at the top of the canyon so we could shoot the milky way &the sunrise.lt was an epic experience;one that was not easy &needed quite a bit of planning due to water/heat constraints. We were lucky that it rained the week before & there were plenty of potholes to filter water from. If you decide to go, do so with the plan of carrying enough water for the entire trip. I had enough, but one in our group had underestimated and not rationed well 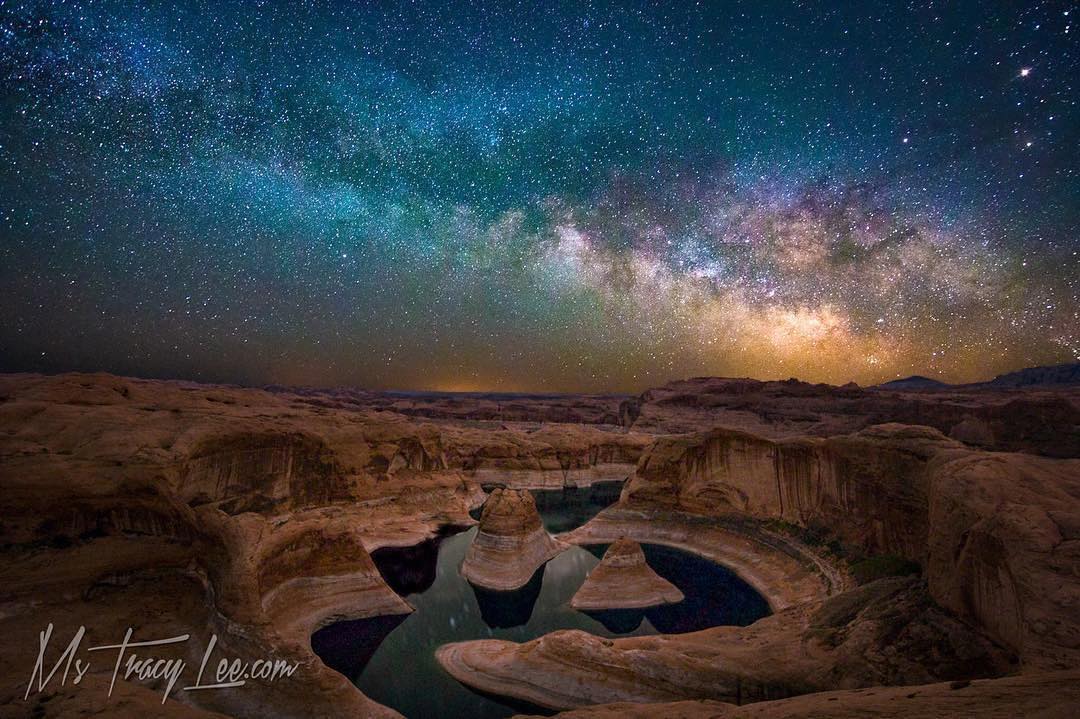