Photo Caption: Last night me, @saolybensonphoto & Bill Inglehart went out to Valley of Fire to shoot with the fantastic photographer, @ericparephoto & his muse, @KimHenry.dance.. Watching them work and being a part of it was a total treat and I have photos to share from that as well. But I spotted this composition before the sun went down and knew I had to set up one of my cameras here to shoot.
—
When I got my composition down, it was still a bit before dark so I took about 10 shots using a Lume Cube (lumecube.com/160.html) bouncing off the sides of the canyon to light the foreground. It was light enough out that I could have done a long exposure for it, but I wanted more shadows and color so I opted to go the Lume Cube route. I then set my intervalometer to take shots until the milky way was directly aligned in this shot which ironically was dead center in the Las Vegas light pollution as well. In the meantime, I headed back to go play photos with the rest of my crew. This is the shot I was envisioning and hoping the light pollution wouldn’t mess up too badly.. I guess this means I have a vertical timelapse if I want it as well 🙂
—
The sky isn’t the natural color it would have been; I changed the white balance for it. The sandstone was definitely bright red and I caught Eric saying at one point early in the evening,”Is this real??” I stacked 7 images for noise reduction in Starry Landscape Stacker, and then stacked 8 images for the sky before masking one on top of the other.
________
ISO 2500
F2.8
25 seconds
7 images stacked for NR in SLS for the foreground
8 images stacked for NR in SLS for the sky
Processed in LR, PS, & SLS
Lit by a single Lume Cube
_______
#litbylume #capture4cubes #lumelife #tracyleephotos #nightscaper #tracyleephotography #nightpixels #nightphotography #night_excl #tokinausa #slikusa #ig_shotz_le #amazing_longexpo #nightphoto #artofvisuals #usinterior #valleyoffire #slotcanyon #findyourpark #supreme_nightshots #globalcapture #rsa_night #vegaslocals #thingstodoinvegas #milkywaychasers #milkyway #astrophotography #canonusa #canonshooter #astro5contest 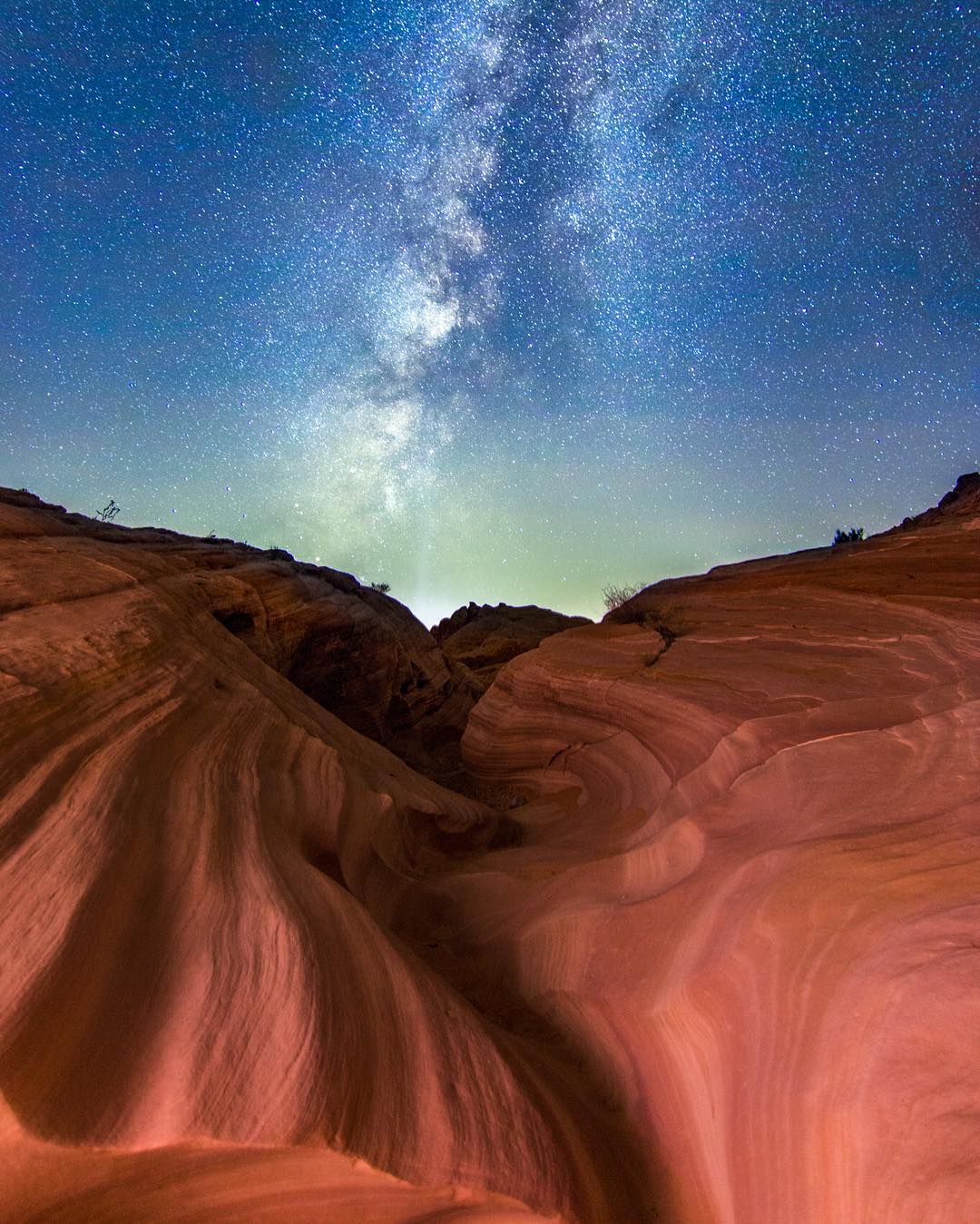 2016-10-04
+Tracy Lee
Previous: Reaching for my dreams… living…
Next: @amandalucasmma is getting Felix started…