Don't Miss
Home / instagram / I find it so hard…

I find it so hard…

Photo Caption: I find it so hard to believe that I was on train tracks in Northern CA with @maynorchrome and @the_lost_coast a week and a half ago. And true to my word, I did tell them it would be at least a week, week and a half before I got to editing any of the photos.. They picked me up in Sac and took me to one of their secret spots to shoot the Milky Way next to some train tracks. #1, I was definitely wearing the wrong shoes to be stumbling around on the tracks in the dark (but damn I thought my high tops looked cute in the silhouette shot Mario did of me!) and #2, I was still posing for said shot as the train decided to make it’s appearance while my camera was timelapsing directly in it’s path. I’m not sure if it was Mario or Felipe who swooped and grabbed it for me, but thank you! The train ended up being a lot farther away than we thought at first, but you never know, right?
—
This is 7 images stacked for noise reduction in Starry Landscape Stacker. I really wasn’t sure how it was going to come out because it was 7 different looks of the train going by; everything from it’s headlights, to middle of the train, to tail lights. It came up with a cool average of each shot in one! I’m finding a lot of different ways to use SLS other than just the original purpose.. I then took the image that had the most light streaks and masked it on in lighten mode in PS. Tada! Thank you Mario & Felipe for a great night of shooting!
________
ISO 3200
F2.8
20 seconds on 5 images
15 seconds on 1 image (because the headlights of the train were blown out so I adjusted the time for the taillights)
10 seconds on 1 image
Stacked for NR in SLS
Processed in LR & PS
________
#tracyleephotos #nightscaper #tracyleephotography #nightpixels #nightphotography #night_excl #tokinausa #slikusa #ig_shotz_le #amazing_longexpo #nightphoto #artofvisuals #findyourpark #supreme_nightshots #globalcapture #rsa_night #amazingphotohunter #thingstodoinvegas #milkywaychasers #milkyway #astrophotography #canonusa #canonshooter #astro5contest #moodygrams #compositionkillerz #longexpohunter 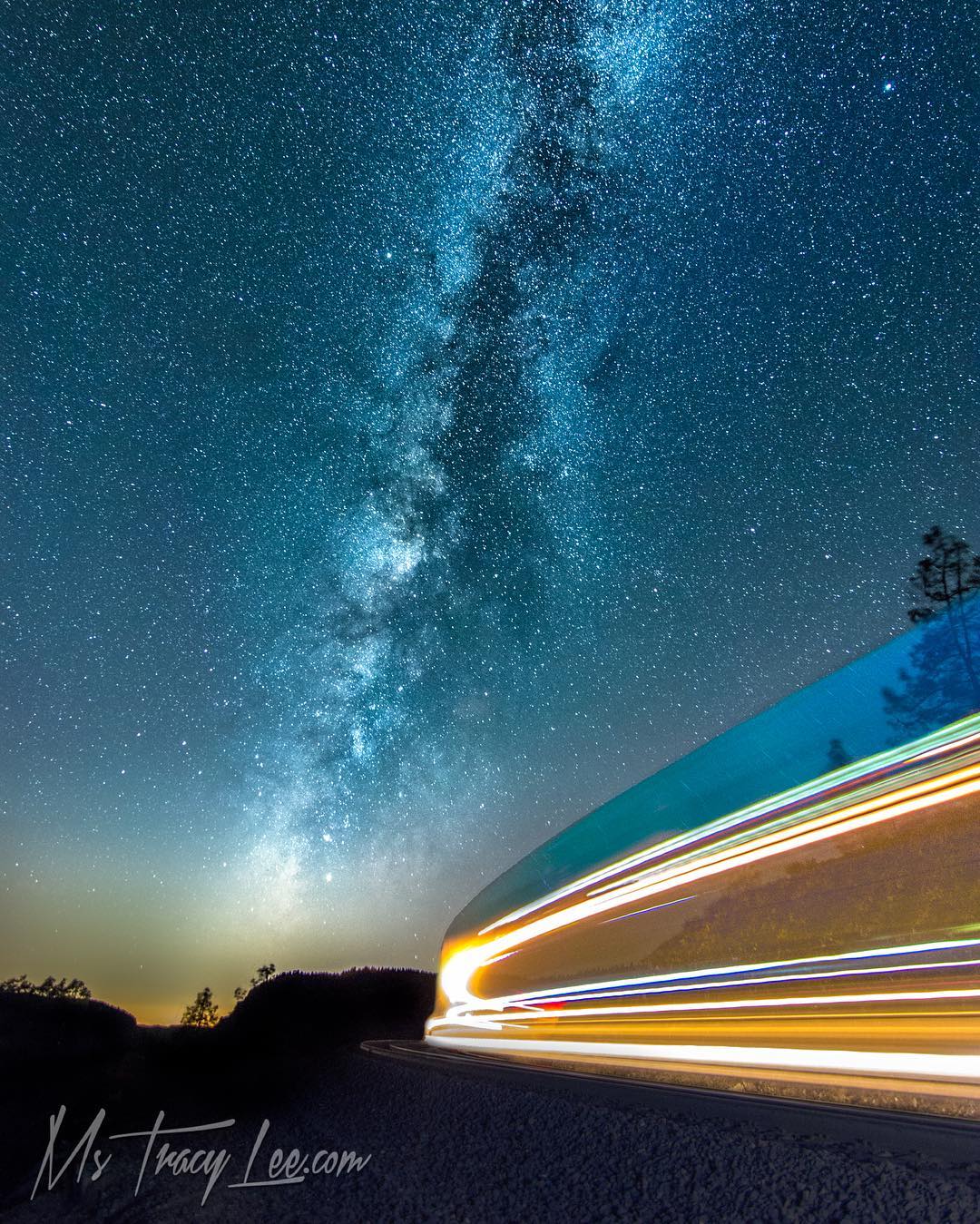