I had always admired Milky…

Photo Caption: I had always admired Milky Way/Lighthouse images I had seen online so this past weekend when we came across the beautiful Point Cabrillo Lighthouse, I knew I had to shoot it.. We had a few obstacles to overcome so @mattcookii and I headed there Saturday afternoon after a stop at Glass Beach to check it out. We lucked out; they allow tours of the tower of the light house 8 times a year and that afternoon happened to be one of them. In taking the tour we learned that every lighthouse has a unique signature, or light pattern that allows them to be recognizable at sea; this lighthouse’s signature info would come in handy later. We took some photos, explored around and then went to set up camp at Russian Gulch nearby.
—
We came back to the lighthouse at sunset; we made sure to park along the street and not within the parking lot because the area closed at sunset. We knew the MW would be up soon after sunset so we figured we would try and stick around until we got kicked out. I wandered down on the rocks about 1/4 mile away from the lighthouse and shot until after the sun went down then waited a little bit longer for dusk to start settling in before heading to the spot I wanted to shoot the lighthouse from.
—
It was then I learned that this was going to be harder than originally thought. The lighthouse signature was 10 seconds. My normal MW shot at 2500 ISO is 25-30 seconds. Every time the light came around and hit my lens, it completely blew out the photo. I had to quickly adapt to shoot at 10,000 ISO and time my shots perfectly to be 4 seconds on, 6 seconds off. I shot my foreground .6 seconds at 6400 iso, f2.8 across the board. I tried shooting closer to the lighthouse after I took these shots but there was no hope even with that timing- shots were totally blown out.
—
I took off to the car using the 10 second sweep to light my way. Like in a horror movie, I kept seeing a figure in the grass to my right and had to wait each 10 seconds to try and catch a glimpse of it. It was a deer standing vigilantly in the grasses not moving. Creepy!
_______
ISO 10000
F2.8
4seconds
9 images stacked for sky, 4 for foreground for NR in SLS
Processed in LR, PS, SLS
_______ 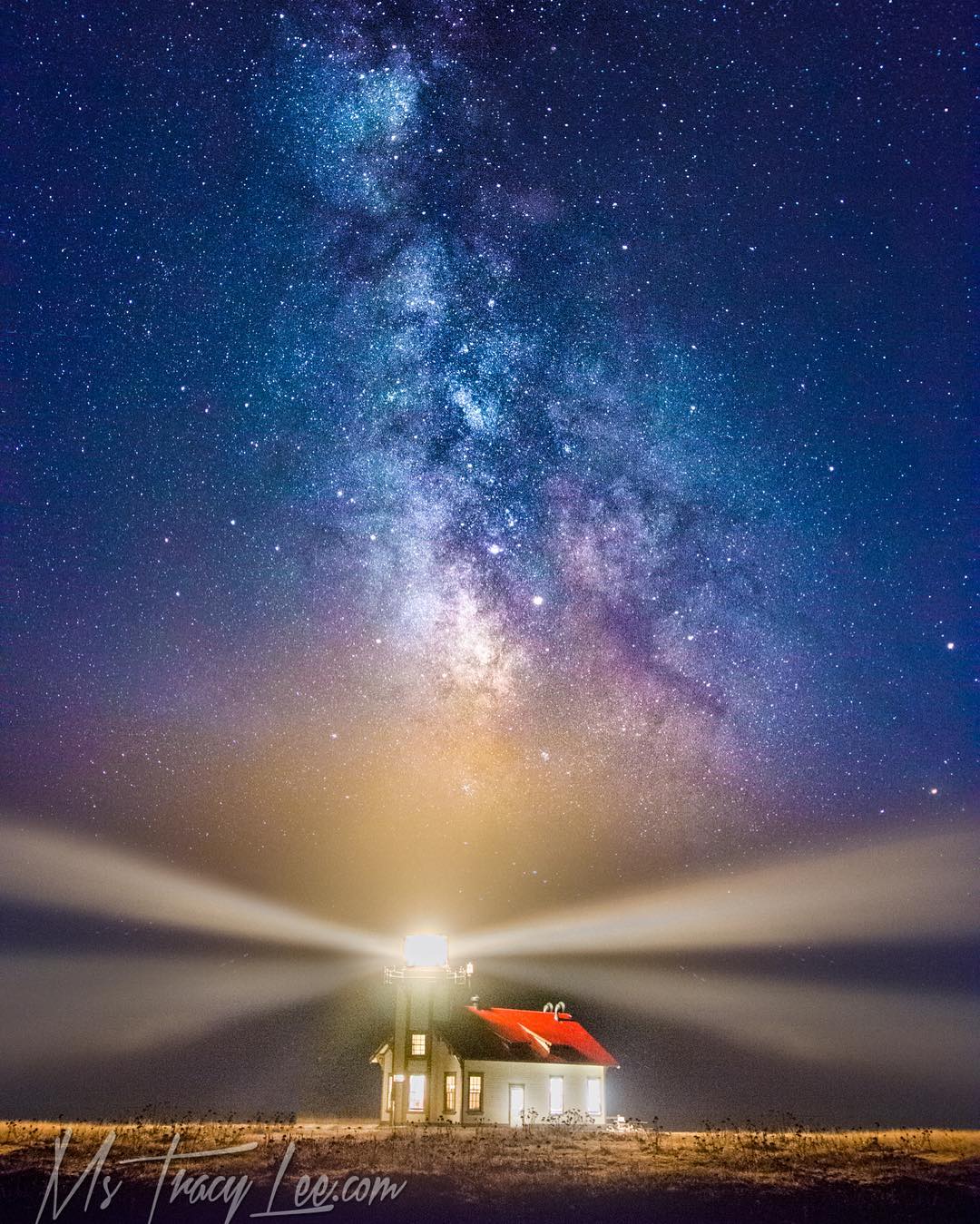