As @katyperry once said, “Last…

Photo Caption: As @katyperry once said, “Last Friday Night, yeah we danced on table tops, and we took too many shots..”
—
REPOST: @tracyleephotos
…
So it’s not over till it’s over, but doesn’t mean I’m not planning for when it’s over for the season, lol… So I have started spending time on star trails, especially on this night when I was in Bisti Badlands last week and the moon was sitting dead in the center of the Milky Way.. —
How did I end up at Bisti? Long story short, we didn’t find treasure that we were on a hunt for, so we turned to a different kind of treasure. We set up camp in the Chocolate Hoodoos since Bisti is BLM land; it was about a mile in from the parking lot and in my opinion some of the more picturesque ones in a couple mile radius.. —
I always have 2 bodies on me and planned on setting this one for the night and leaving it till the morning. As dusk was setting in and I was doing test shots, It occurred to me that I would not need any kind of foreground lighting as we were at half moon and it was completely throwing a beautiful light across the landscape. I knew that I was going to still attempt to shoot the MW in spite of the moon sitting in the galactic center so I hurried to finish getting my setup done, an action that plagued me for the rest of the night. “did I set it to 20 seconds or 25?? I think I did 20. Did I need 25?” In the end I was right, but I didn’t need 25 thankfully.. I got about 750 shots total before the battery died. not bad!!
—
Because I know i’m going to get a lot of questions about the color in this image, I edited this and didn’t ADD any color to it. These colors were there in the sky; I just increased the saturation of the existing colors. Pretty neat, right?? I pulled a foreground image from one of the shots it took early in the evening and masked it in.
________
ISO 2500
F 2.8
20 seconds
701 images
Processed in LR & PS
________
#startrails #startrail #adventureofalifetime #adventureismydrug #livealifeworthliving #adventurer #adventurous #tracylee #mstracylee #tracyleephotography #tracyleephotos #adventureiscalling #adventuretime #newmexico #adventuresinnewmexico #bistibadlands #nightskies #adventuretracy #phototravel 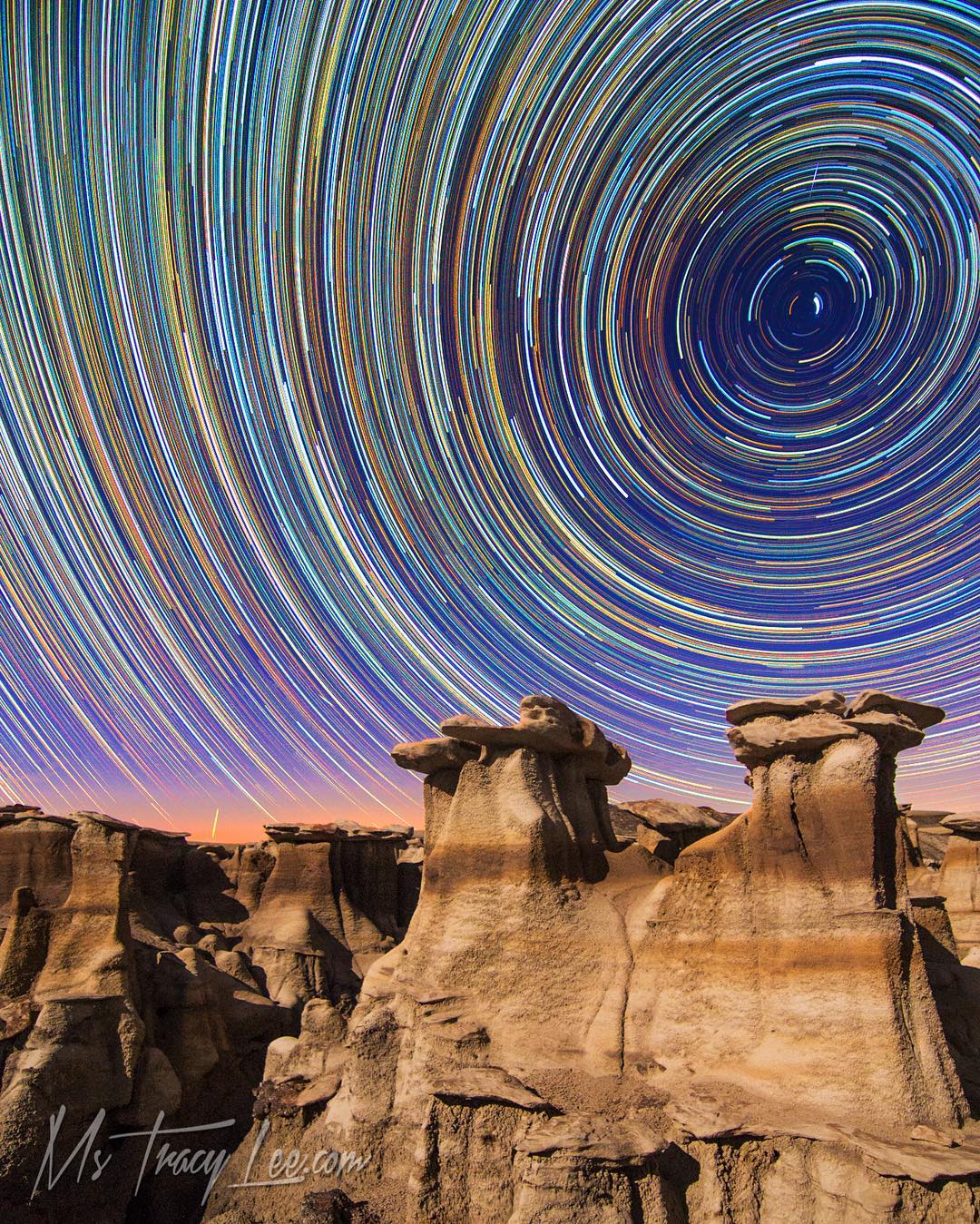