Don't Miss
Home / instagram / A couple weeks ago I…

A couple weeks ago I…

Photo Caption: A couple weeks ago I took off spontaneously to Trona Pinnacles for the #LonelySpeck​Meetup at the behest of a few Milky Way Chasers, @tyskiphoto (thanks for everything!) @MackMurdoc​ & @Brummelphoto​ to name a few. I was hesitant because the invite list showed 200+ people RSVP’d to go and I knew that shooting that night would be quite a bit difficult. I decided to look at it as a way to meet new people and make new friends and if I HAPPENED to come up with a few shots, then I would be happy and if not, oh well. So I made the 4 hour drive down and I’m so glad I did. .

Over 100 people showed up and I also got to meet @INorman​ and his lovely girlfriend (at the time), @northtosouthtravel . It wasn’t but moments later that Ian was down on one knee, proposing to her. After that, any photos possibly gotten were definitely icing on the cake! .

I headed out into the pinnacles with a new friend, Andy and started shooting. I was making such an effort to keep my light off I stumbled into a rock (and my shin still is scabby from it lol) as we were looking for a place to set up a timelapse as well as just shoot. After going back and forth a couple times we settled on a spot on the backside of the pinnacles from where everyone else was at. Eventually there was a good 7 or 8 of us shooting side by side. I ended up breaking out the pixel stick at one point, before we continued on to our last composition. .

This shot here is a stacked image of 4 photos using starry landscape stacker. One of the images I caught that night was brightly lit from the center of the pinnacles I THINK by Mack and his crew because he was messaging me to come up to where the lights happened to have come from around that same time. At the same time, a car happened to light up the right side of the scene. I masked in the layer of the pinnacles lit up to get this image you see here but still maintain the lower level of noise through most of the image from stacking. . 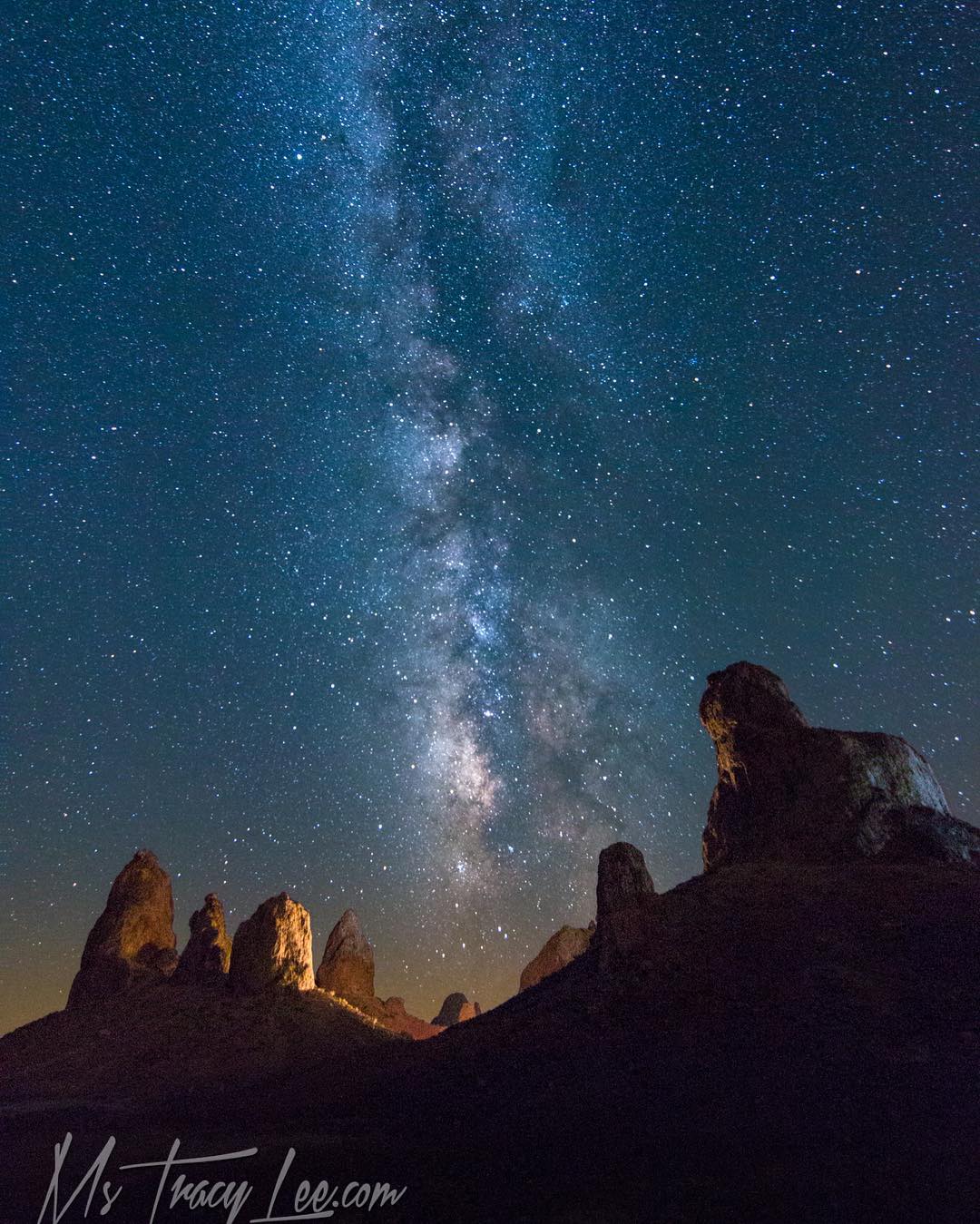