Photo Caption: @baybeepanda123 and I have a habit of taking off on these 24 hr road trips, ever since the beginning of our friendship. It had been a while since we had done one so when she hit me up about taking off to Tonopah to shoot sunset, Milky way and sunrise, I was all in!! We knew we didn’t have a lot of time to shoot the Milky Way but we didn’t care.

We got on the road around 3pm yesterday and took off North out of Vegas in her new Tesla. She has about a 2.5 hr range in it so it would make it up to Tonopah with a short stop in Beatty for a short recharge. We grabbed dinner while it was charging and then continued on the road. We weren’t yet sure where we were shooting but I had remembered that the International Car Forest of the Last Church was up the way we were headed. We stopped there just at sunset and realized there was no way we were going to make it the rest of the way to Tonopah for the 1.5 hour Milky Way time frame we had. So we wandered around the car forest, planning out some shots for the evening.
This composition I spotted after I climbed up on top of the station wagon that was placed ON TOP OF a delivery truck (for a photo for @adventuretracy). The graffiti art on the side was one entire piece not stopping on one of the vehicles, just continuing as if they were one. I am sure I have photos of it somewhere but it was the thought of shooting the Milky way through these doors that caught my eye. As they skies darkened, and the Milky Way rose, I got my shot; not QUITE the composition I wanted, but one I am very happy with. You should have seen the entire car forest lit up with @lux_pro_flashlights last night! 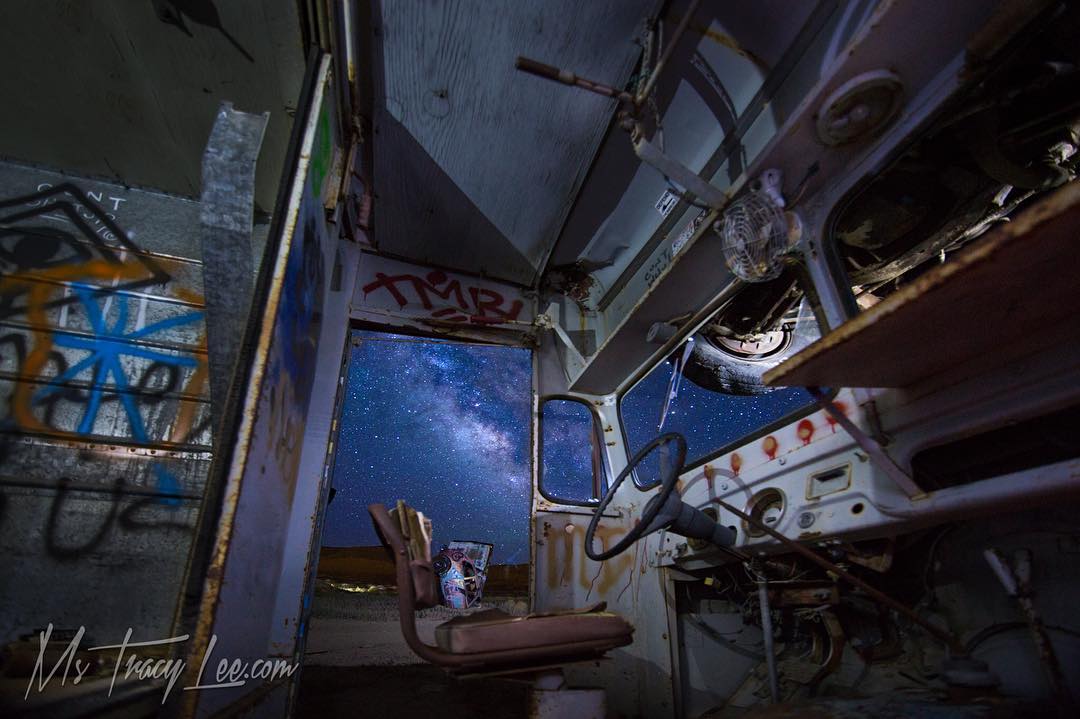 Photo taken at: The International Car Forest of the Last Church