Photo Caption: Back in April (my 2nd session of 2016), my friend @MarklandPhoto came to town to head to Havasu Falls with me and all of my friends. I knew it was going to be an intensive week of Milky Way shooting so I wanted to get him prepared and show him a different type of photography than he’s used to. Ok, who am I kidding, I just wanted to go shoot the Milky Way that night and he was going whether he liked it or not.
We headed out to Valley of Fire to shoot Elephant Rock, an image I have posted previously. But we didn’t stop there and I continued to look for other compositions. I finally opened that directory today and got a chance to edit this image of some flowers I found out there that night. I think Valley of Fire had it’s own “Super Bloom” going on at that time because there were colorful blooms EVERYWHERE!

This is 2 images composited together, one for focus on the foreground and one for the Milky Way. I edited the images in Lightroom and then used Photoshop to mask it out and composite together. It was quite a lengthy process because the flowers moved in between images.
________ 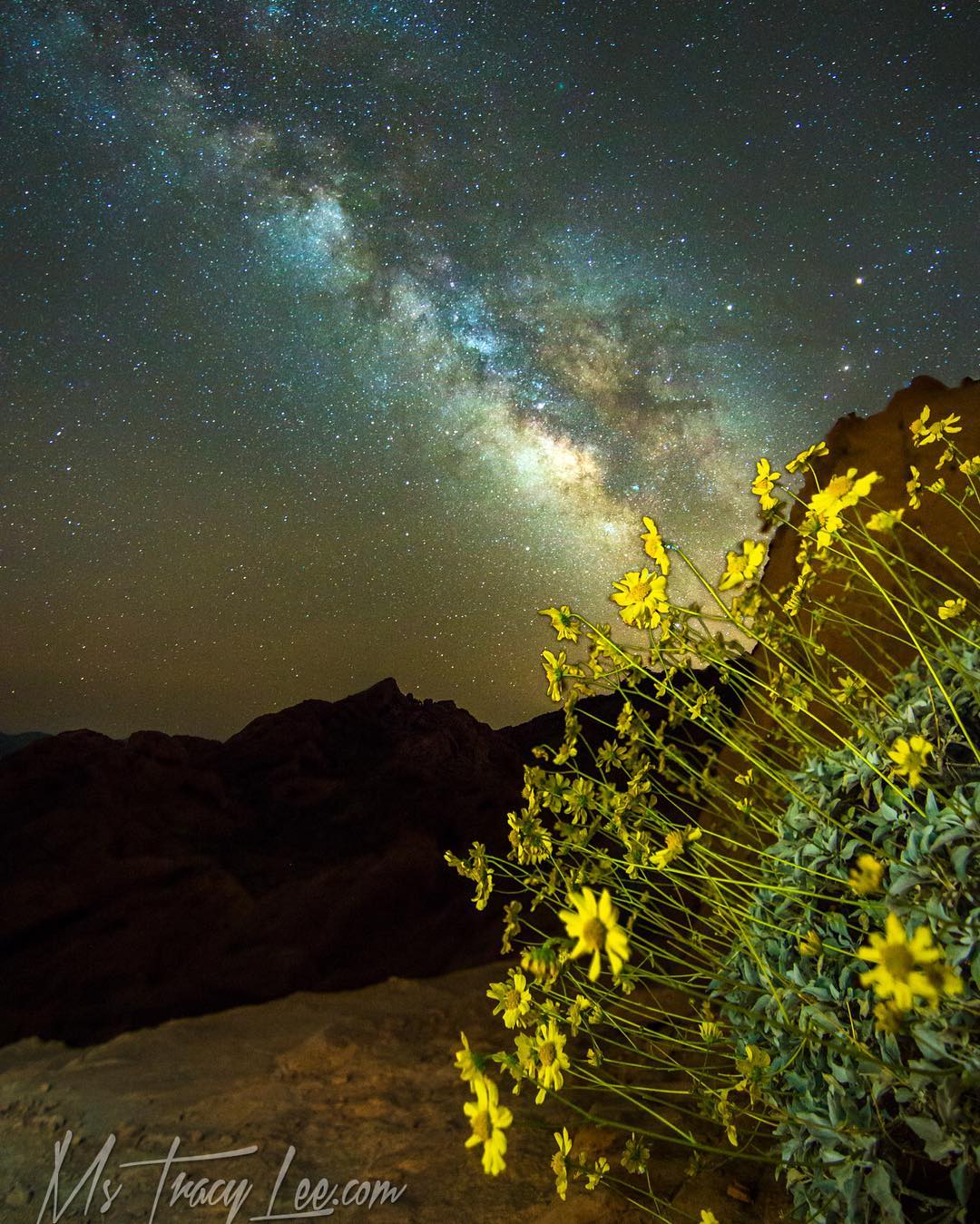