Photo Caption: May’s Milky Way session got underway last night but not without a little difficulty. @catasco and I took off to Tecopa, CA in hopes of finding a couple spots I had scoped out on Google images but really had no idea where they were at. It was a cool adventure where we found abandoned mines, slot canyons, and even a couple arches but nothing good to shoot the Milky Way that was to be rising within the hour. We found one composition we liked with an old truck but a hill was blocking the galactic center for at least another 2 hrs. .
Christian knew about this old shack so we made our way over to shoot it. We knew there was definitely a cloud possibility with storms supposed to start the next day. That’s what makes chasing the MW exciting though, right?
.
It took me a while to get my composition perfect but once I did, I lit the front of the shack with a quick flash at half power on my @lux_pro_flashlights headlamp (thanks Lux Pro & @mr_awesome717_photography!) and Christian light painted the inside of the roofless shack with a red gel. The light pollution of Parumph in the distance kept the MW from being as bright as I wanted it and the clouds were moving in and out of frame rather quickly. No matter- I’m pretty happen with the end result! 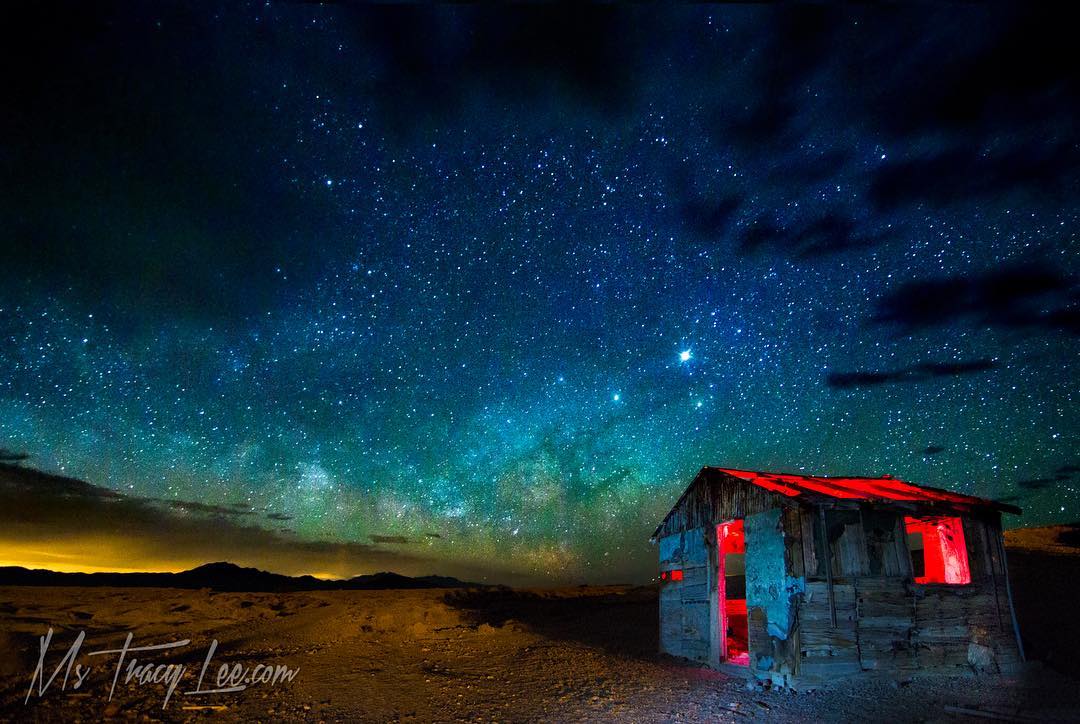