Chasing the Milky Way around…

Photo Caption: Chasing the Milky Way around the skies has become a favorite pastime of mine. Havasupai Falls was my destination of choice this month both for its beauty as well as the lack of Milky Way photos in this location (I’ve only seen a few!) #

My journey began with 15 friends and an 11 mile backpack into the Grand Canyon. I definitely overpacked and have blisters as a result of this effort. Weather forecast reported cloudy skies while we were there 2 nights but I kept optimistic and when our crew woke up at 2am, there wasn’t a cloud in the sky. 8 of us and a dog headed down to the most famous of the four sets of falls, Havasu to photograph the celestial being rising above. We each went a different direction with a different composition in mind and for me, I balanced on a free hanging log (about 5ft high) to set up my tripod for this shot. Thank you to @mr_awesome717_photography for bringing his @lux_pro_flashlights because they lit up an otherwise very dark scene! Planned using the #PhotoPills app! #fbn10k 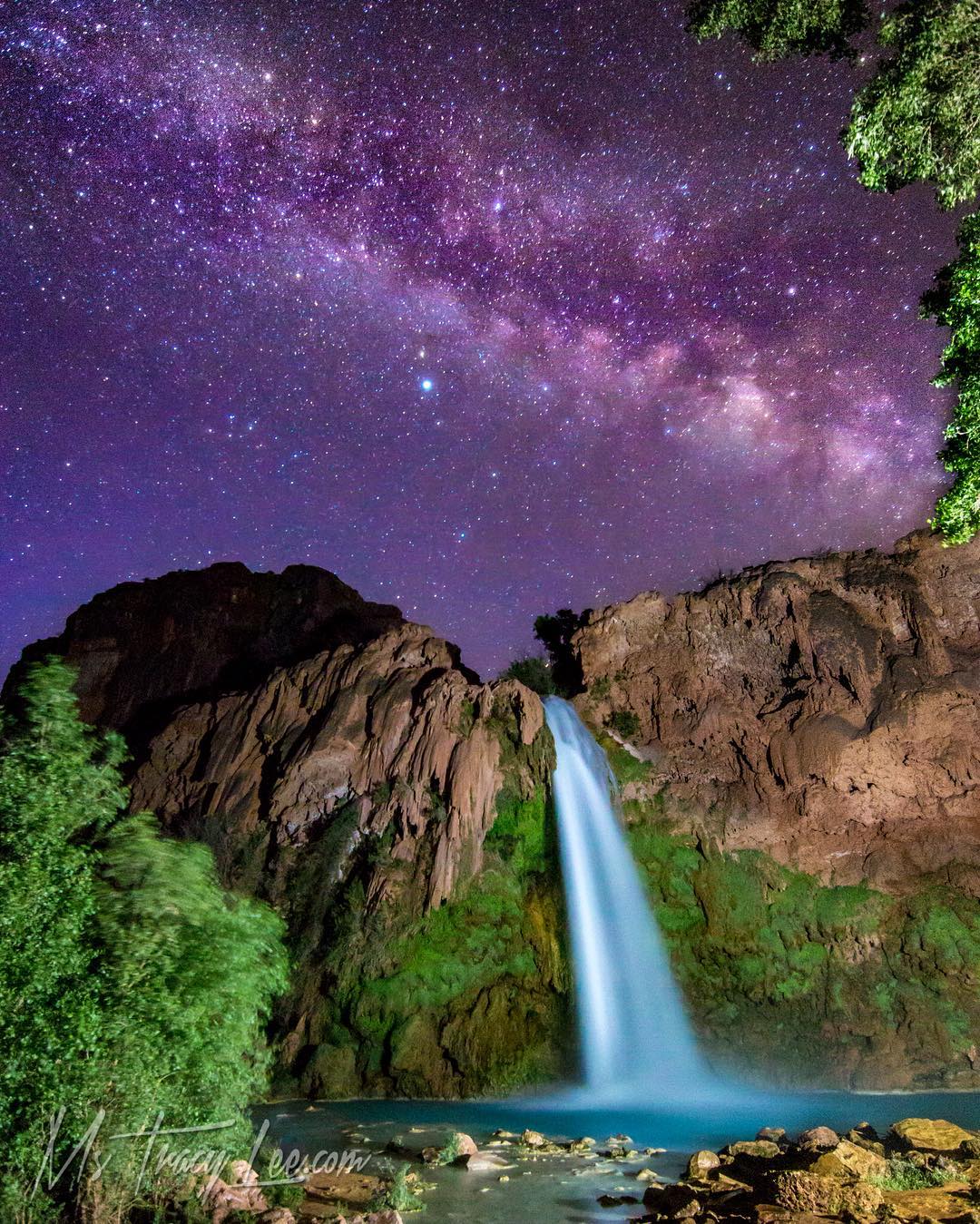