Don't Miss
Home / canyoneer / The Subway at Zion Top Down

The Subway at Zion Top Down

The Subway at Zion Top Down 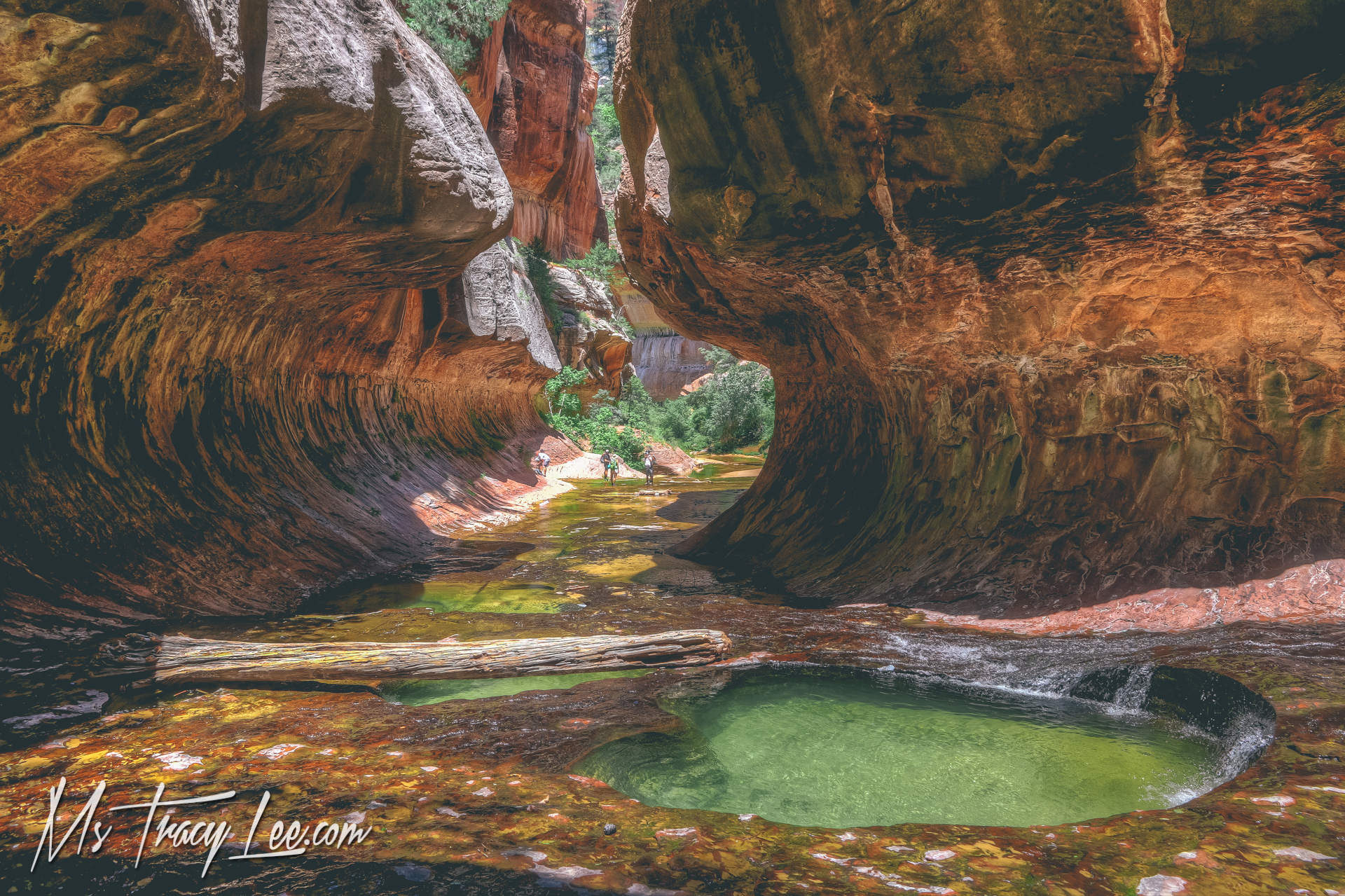 Day after 4th of July, I headed up on 2 days notice to hit The Subway at Zion Top Down with an invite from my friend Bryan Aitcheson.. I had already done this 9 mile hike last summer but I had done the nontechnical version from the bottom up. I had been fiending for a chance to do it from the top down which I had heard was insanely beautiful.. We had permits courtesy of Garry for a group of 8, but only 6 of us went. 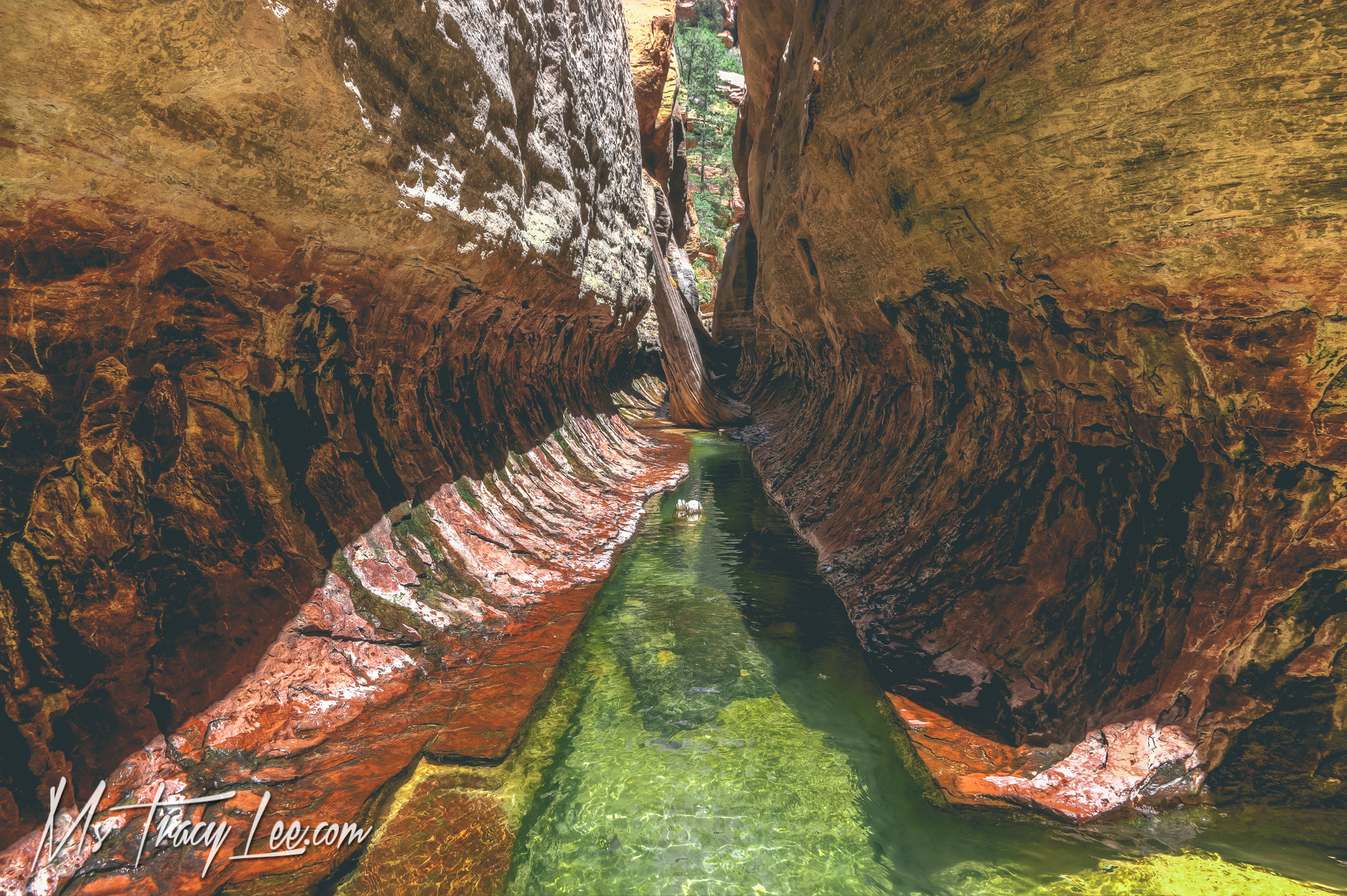 The technical part was only 3 rappels, which all could have been done with harnesses as a hand line but we did them as raps. There were a few swimmers through the canyon, and part of our group wore wetsuits but Bryan and I did not. It really wasn’t that cold in the water, and it was actually quite refreshing since the heat of summer had settled in.

There was a very inexperienced group going through with only a handline and one harness shared between all of them. They were rappelling down and sending the harness back up; the girls in the group had no idea what they had gotten themselves into and Garry was so kindly assisting them through the final rap into the main part of the Subway. 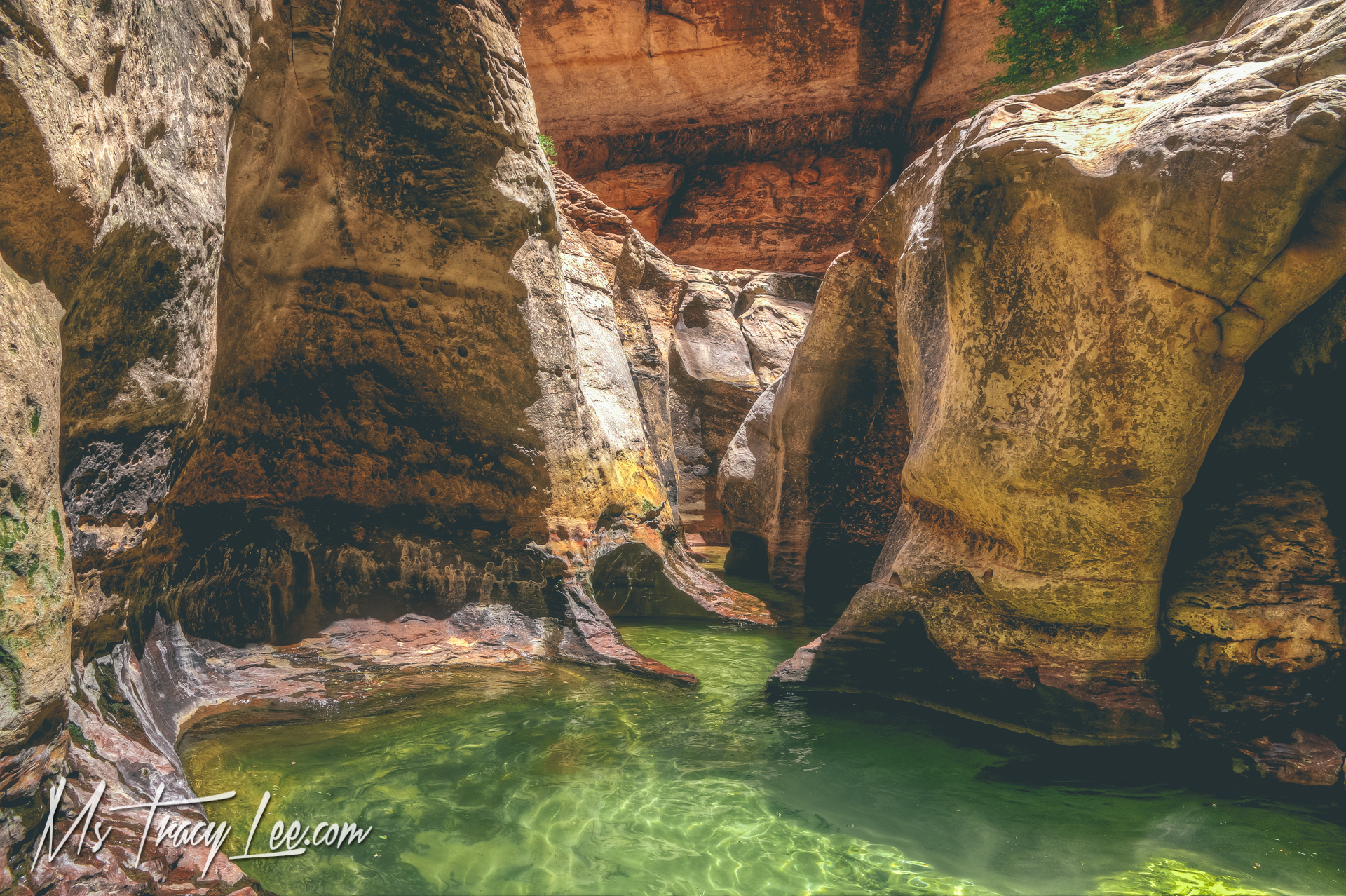 It was difficult to pull my camera in and out of my dry bags through the canyon because our group was moving so fast, but it was only the upper part that I really wanted to shoot anyways so I made an effort to be as quick as possible. I ended up carrying my dry bag in hand through many of the wet parts which actually made downclimbing certain things a bit difficult and I know I didn’t look very graceful but I got my pictures and made it safely through the canyon. 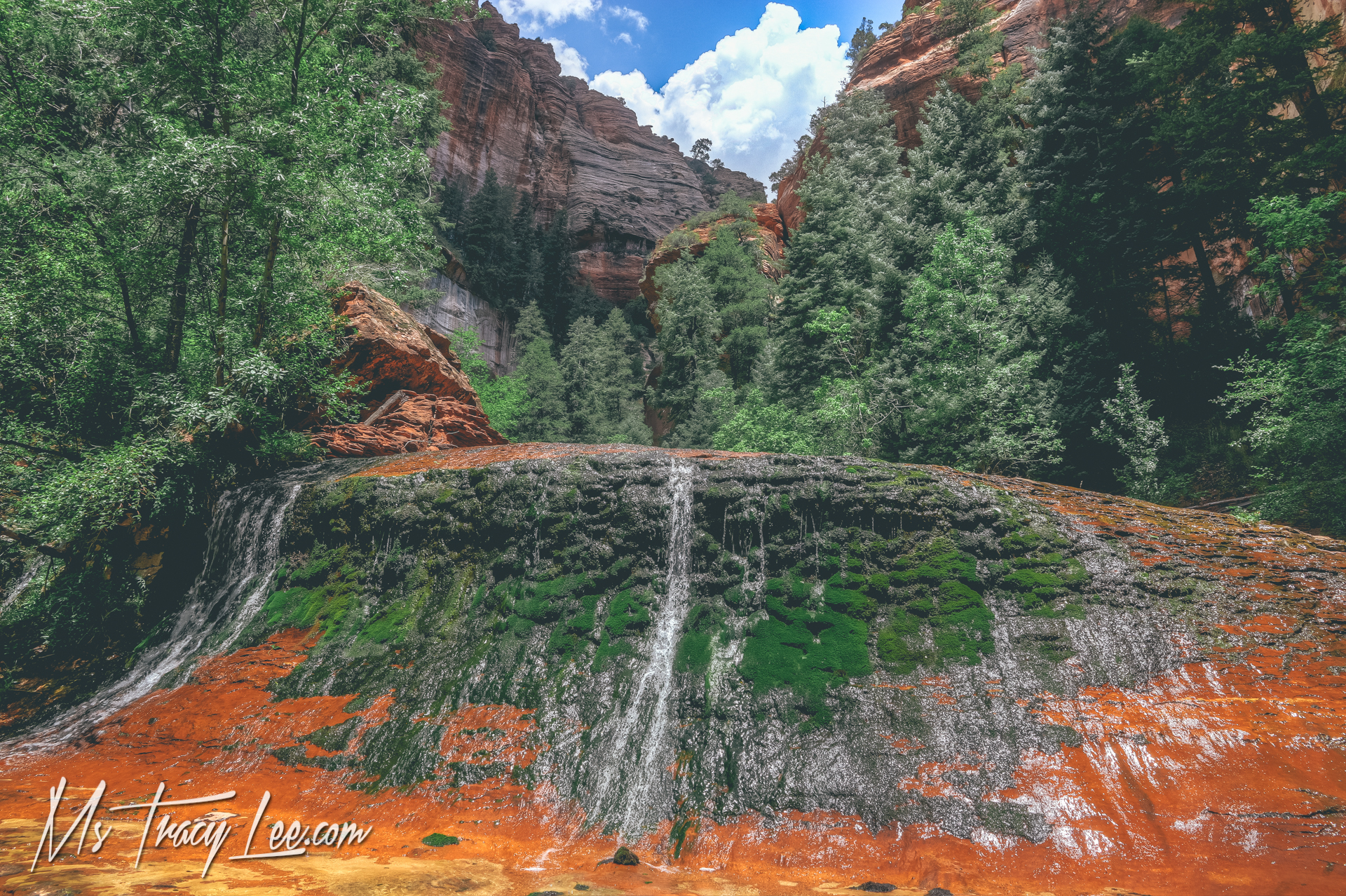 Once we made it through the Subway portion of the hike (although many of the upper parts are deserving of the name as well) my picture taking went to a minimum and we navigated quickly the last 4.5 miles of the hike. I am still babying my ankle and wrist injuries so as we were looking for the exit out of the canyon, I finally just said, I need a break. We relaxed inside some of the pools of the creek to cool off and let my ankle elevate for a bit. Ironically, we were mere feet from the exit to the canyon so it had been the perfect time to break before doing the 400 ft almost vertical climb out. We also barely beat the storm that had rolled in and created all kinds of flash flood warnings in the area. 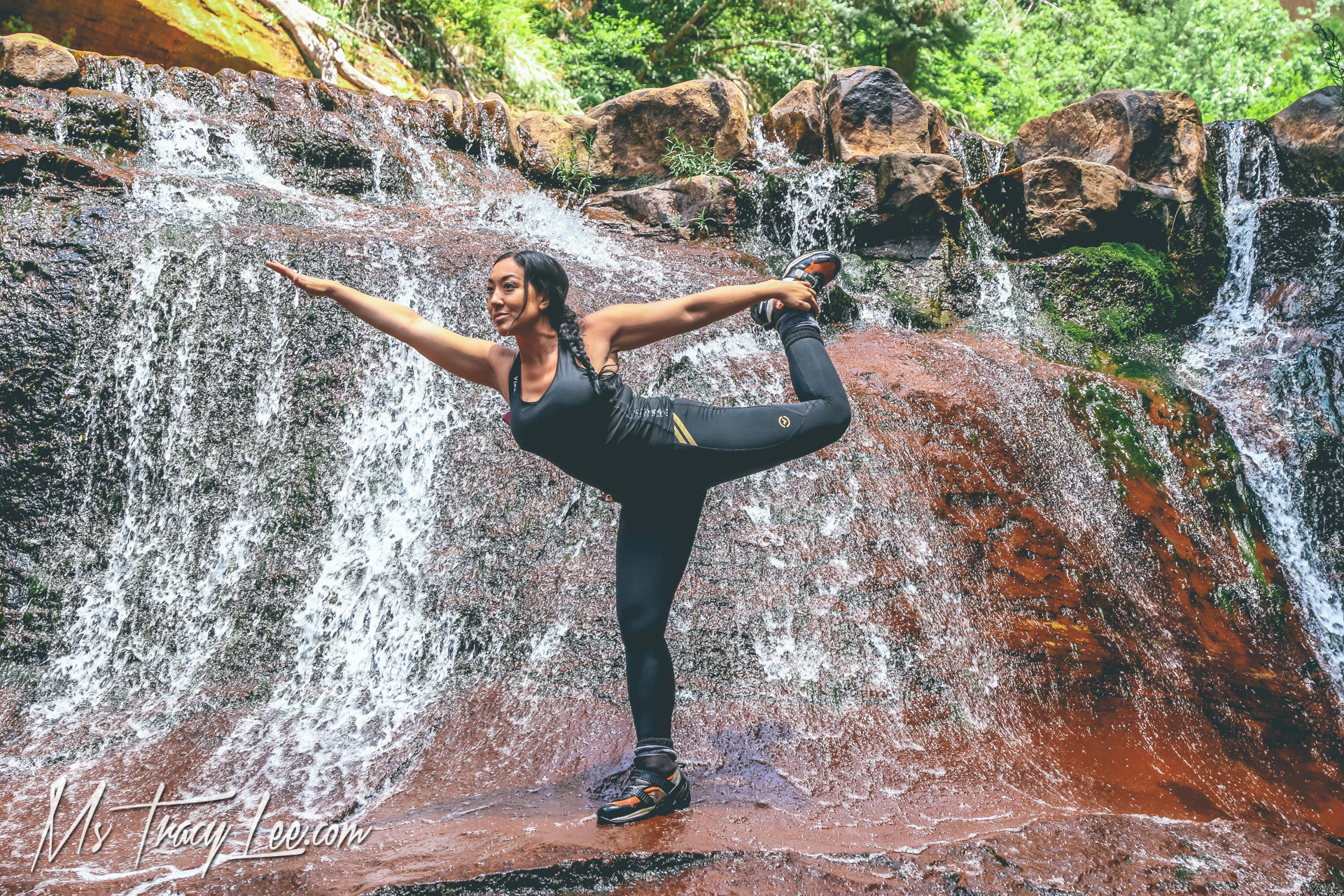 Here are my photos from that day. I wanted to make sure to share parts of the beautiful canyon that most don’t see when they think of the Subway. It’s so picturesque that it’s definitely one of my faves!

Previous: Be #unstoppable.. . #sleepwhenimdead #Tracylee…
Next: I did the Subway at… 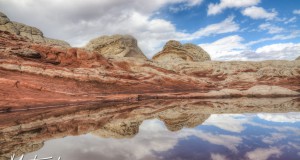