The Maze or Ice Cube Canyon at Red Rock 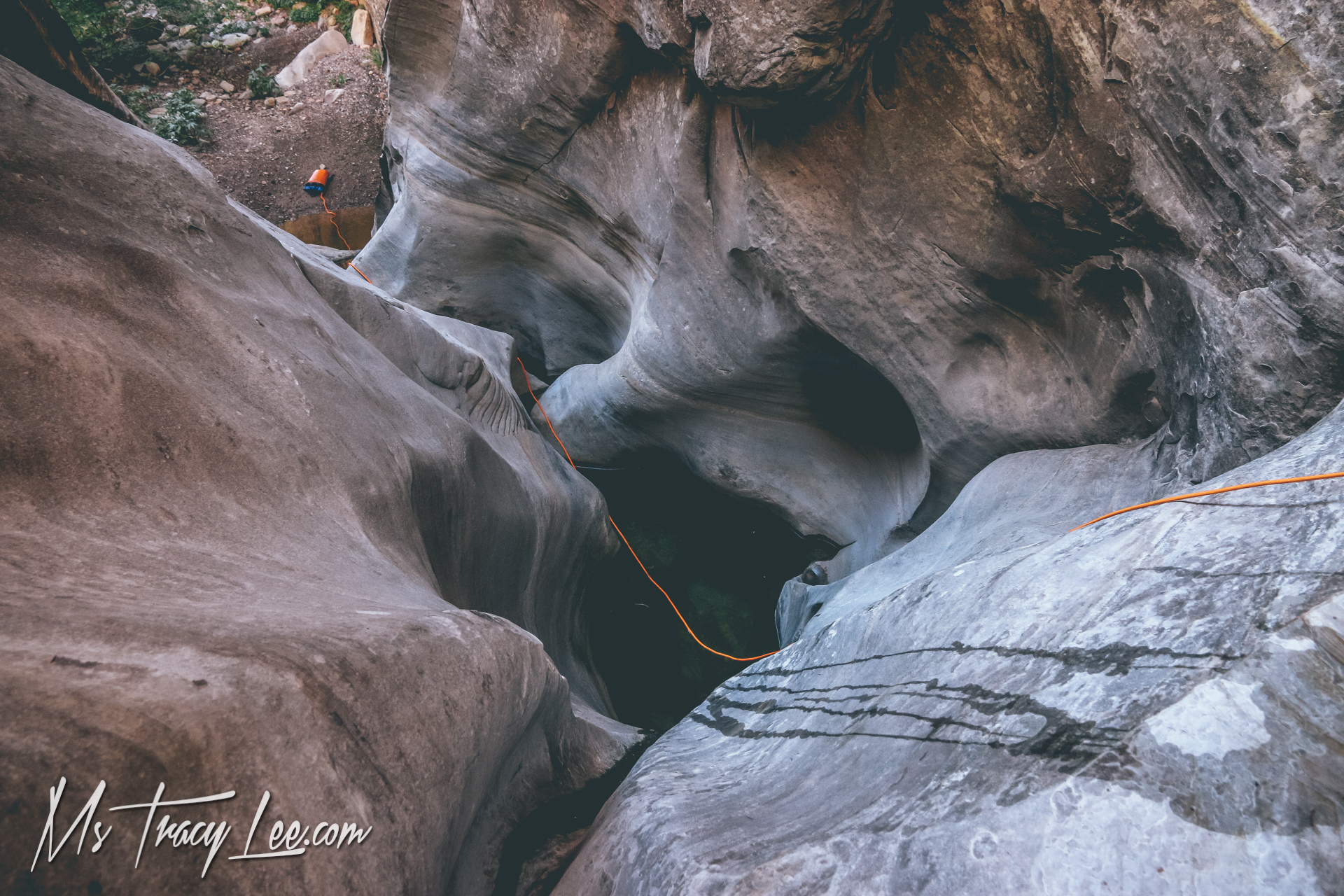 The Maze or Ice Cube Canyon at Red Rock

On Saturday, I got a chance to do the Maze or Ice Cube Canyon at Red Rock in Las Vegas. I was really hesitant to go on the trip because of still babying my ankle, as well as not being in the best of shape right now endurance wise. But, my buddy Bryan Aitcheson had coordinated the trip and really was pushing at me to go. It was a canyon that was at the top of my list to do as far as Vegas canyons were concerned. When my schedule cleared up for the weekend, I hit him up and said, I’m on board!

I showed up to the meeting point at Red Rock Casino at just after 5:30 am on Saturday morning. There were about 8 other people there, and a couple more showed up after me. I knew that this was a very large group to take in this canyon; it was cool to see I knew pretty much everyone in the group having started canyoneering about the same time as most of them. I didn’t realize at the time that was why Bryan put together the trip; to take all of us newbies into a more difficult canyon than most of us were used to. 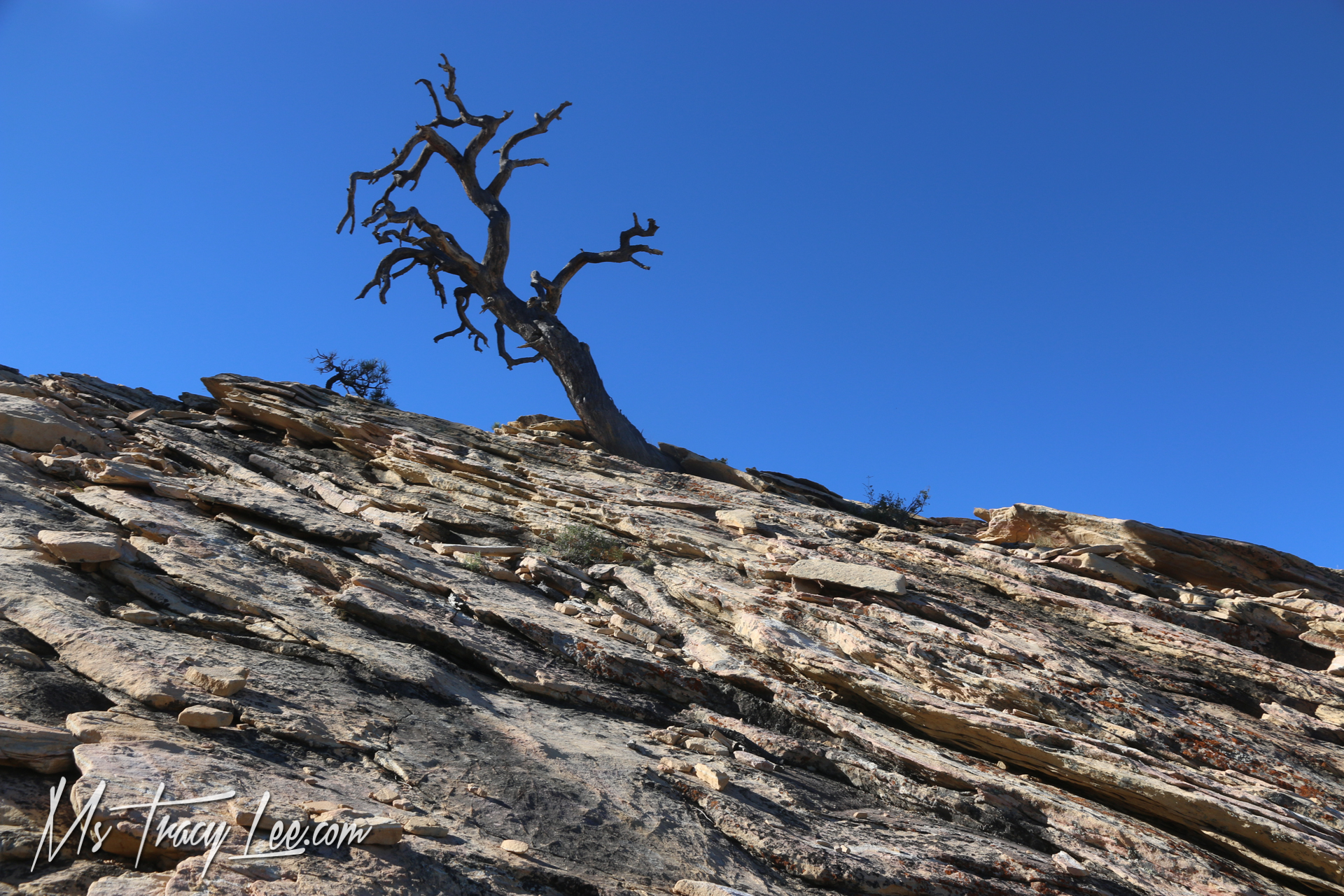 We caravaned over to Red Rock Canyon where we left some cars at Willow Springs parking lot. We took 2 4x4s up the rocky road as far as we could before we parked and hiked the rest of the way in. By doing this we cut at least 2 miles off the trip which with a group this size was necessary for making good time. The hike in was very intense and again, my lack of stamina had me hating every minute of it. We climbed to 6k feet before we started making the gradual descent into the canyon. Ice Cube canyon runs next to the more well known Ice Box Canyon. 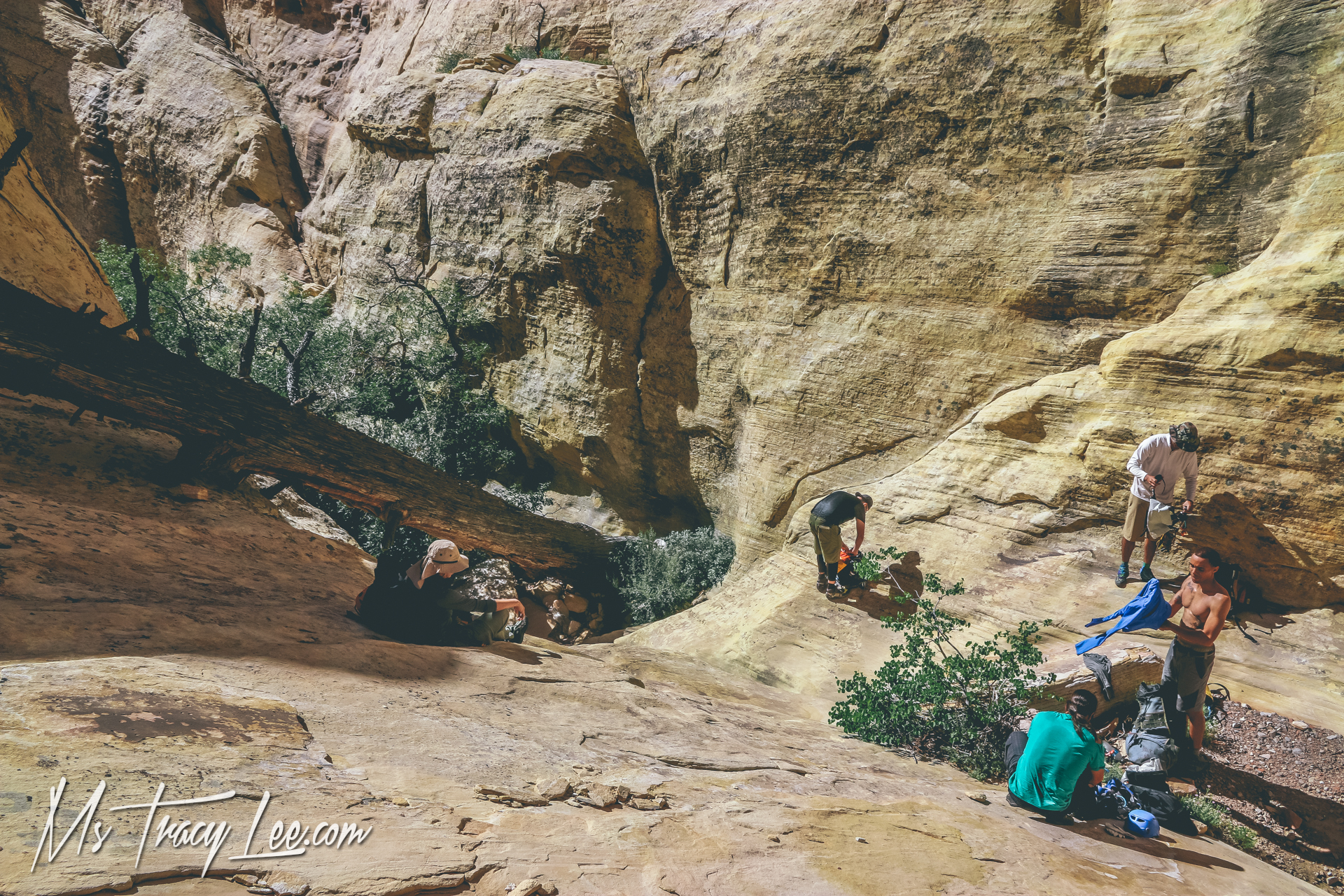 I can’t quite remember what time we stopped to put our gear on; about 4 in our group had brought wet suits and wore them throughout the day. I decided against wearing a wet suit although I had bought knee and elbow pads at Bryan’s suggestion. I’m guessing it was around 10am that we set the first rappel and all the fun started. 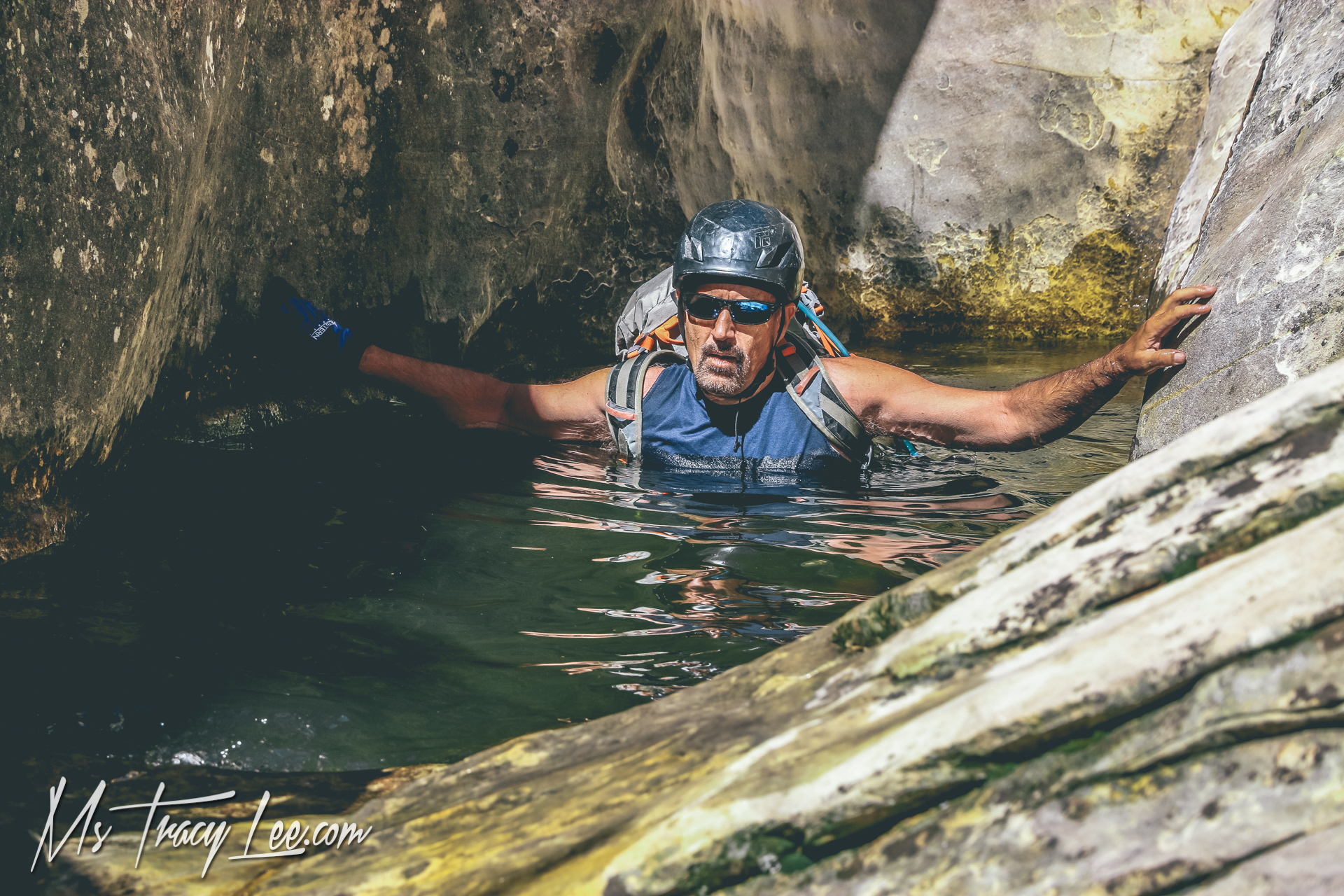 There’s only one other canyon I have done in Vegas that reminds me of Utah Canyons and that’s Old Bill. That was a fun canyon but this one was even more so! 23 rappels, about a miles worth of down climbs in what Bryan has dubbed “Parker’s Passage” and a whole bunch of water and swimmers to navigate. And we switched up how we normally set raps, and lamar our trips. On Saturday, the person who set the rap stayed with it the whole way through and lamar’d it too.. I loved this way of doing things because even though we brought enough ropes to leap frog ahead, you got a chance to spend time with everyone in the group throughout the day. 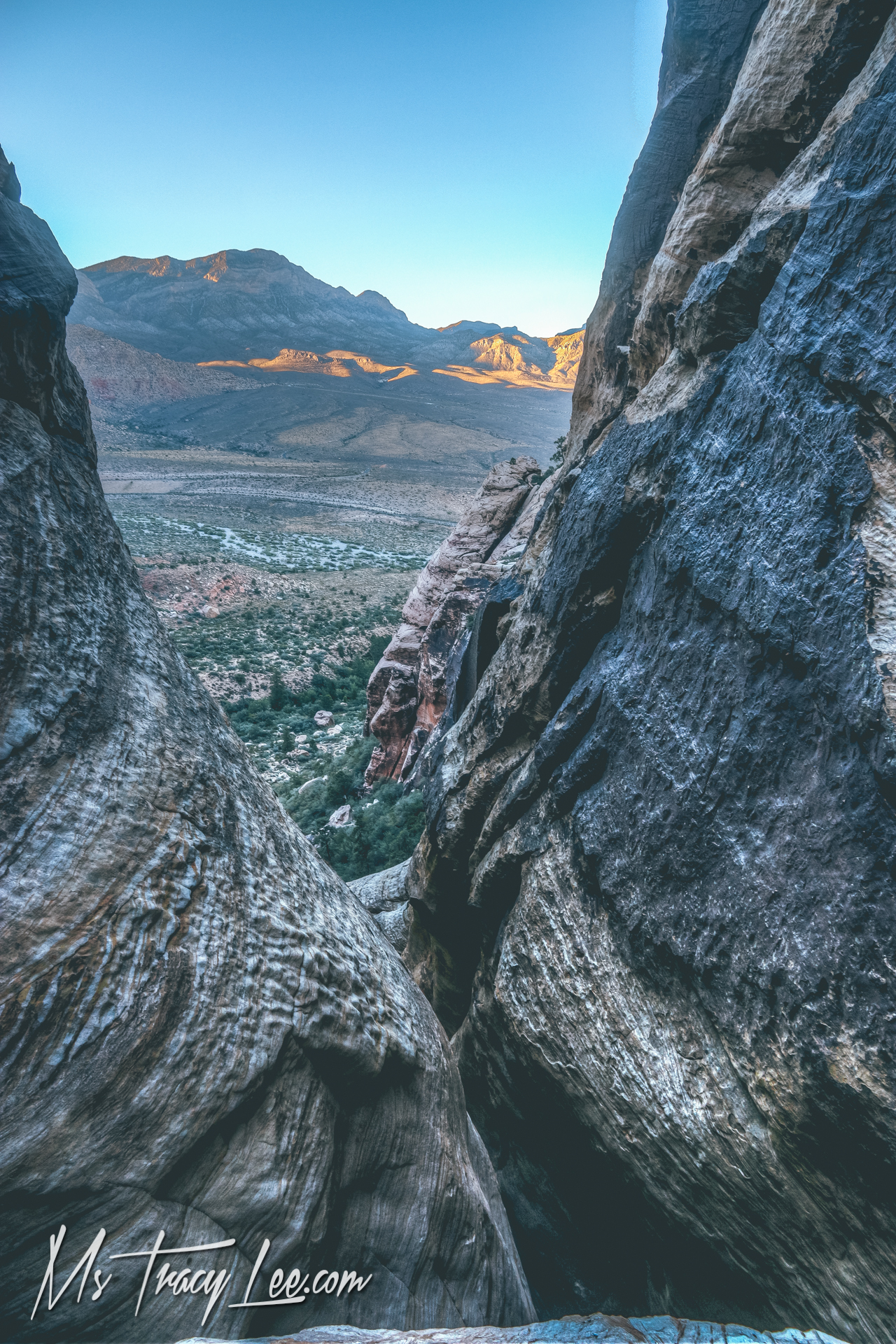 The final rappel of the day was 195ft and I did this one as the day was waning; Bryan and Jim ended up doing it in the dark. Good thing I had thought to bring my headlamp just in case! 4 of our group had left back to the cars because they had to head up the rocky dirt road to get the shuttles we had left. The other seven of us pulled and bagged ropes and then headed on out of the canyon.

I took the lead here; for some reason I absolutely love down climbing and I have to admit, doing it in the dark made it 10 times more fun. We navigated quickly through this section to the streambed and found the Ice Box Canyon trail out of there within moments; we didn’t have to even search for it one bit! We got to the Ice Box Canyon parking lot where Leticia was waiting with the shuttle guys’ gear by 9:45.. The cars were all back to grab us within 30 minutes of that. And all of us finished off the awesomely fun day with a trip to Yardhouse at Red Rock Casino for some beers and grub.. Thank you to Bryan, Rick, Bobby, Ernesto, Jim, Cody, Garry, Leticia, Paulie, and Shane for making it such an incredible day!

Previous: Posted this a year ago…
Next: Here’s me going for a…