In Search of Mythical Creatures in Anza Borrego 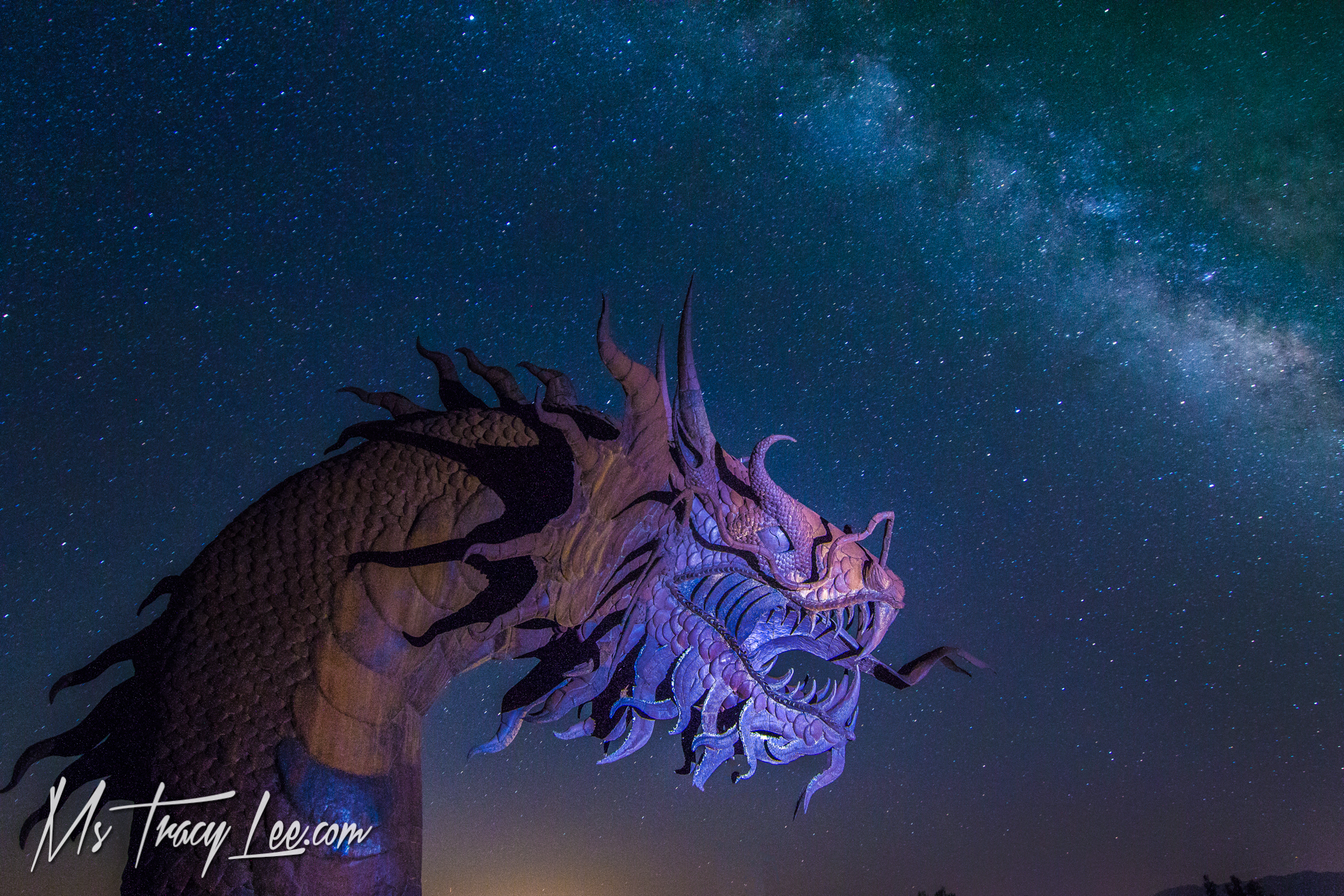 In Search of Mythical Creatures in Anza Borrego

Cub Swanson and I were in search of mythical creatures in Anza Borrego last week and we found them.. Galleta Meadows in Borrego Springs is home to 140 massive sculptures created by artist, Ricardo Breceda and commissioned by Dennis Avery who has since passed away.

Because the temperature was to be 114 on Thursday in Anza Borrego, we planned to get to Borrego Springs on Wednesday evening to see the sculptures and figure out where they all were before it got dark. My intention was to shoot the Milky Way under the new moon which fell the previous night on Tuesday. I wanted to have some of the incredible sculptures in my Milky Way photos and had seen many examples already on the web. 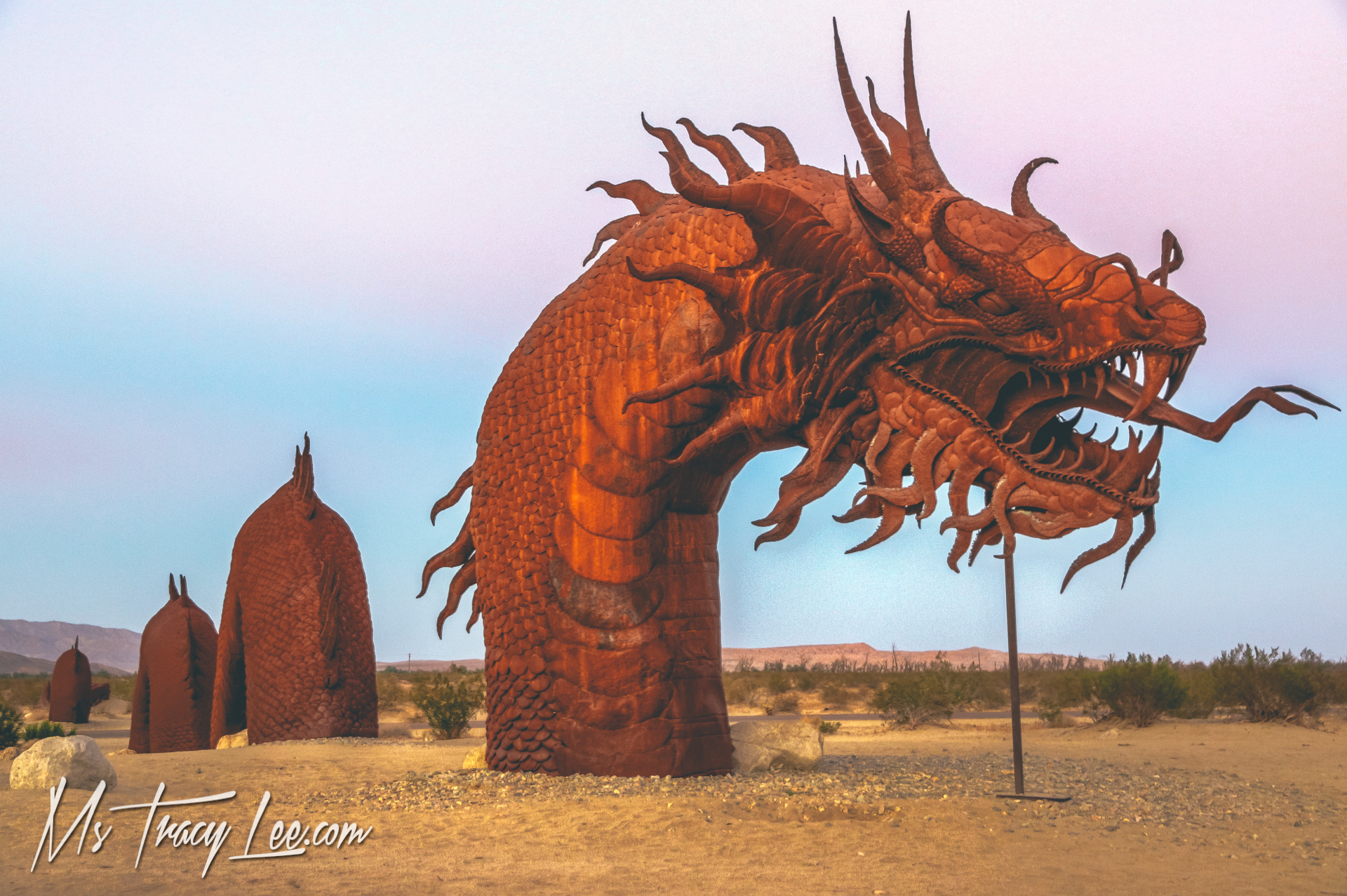 We stopped into a restaurant where we grabbed a guide to Borrego Springs, a tip I had seen on the web. Inside the guide was a map of the location of most of the sculptures around the town. We made a beeline for the Dragon/Serpent which is 350ft long (longer than a football field and crosses Borrego Springs Rd) to try and get there before sun down. Although we got side tracked by a number of the other sculptures, we made it and got some great pics! 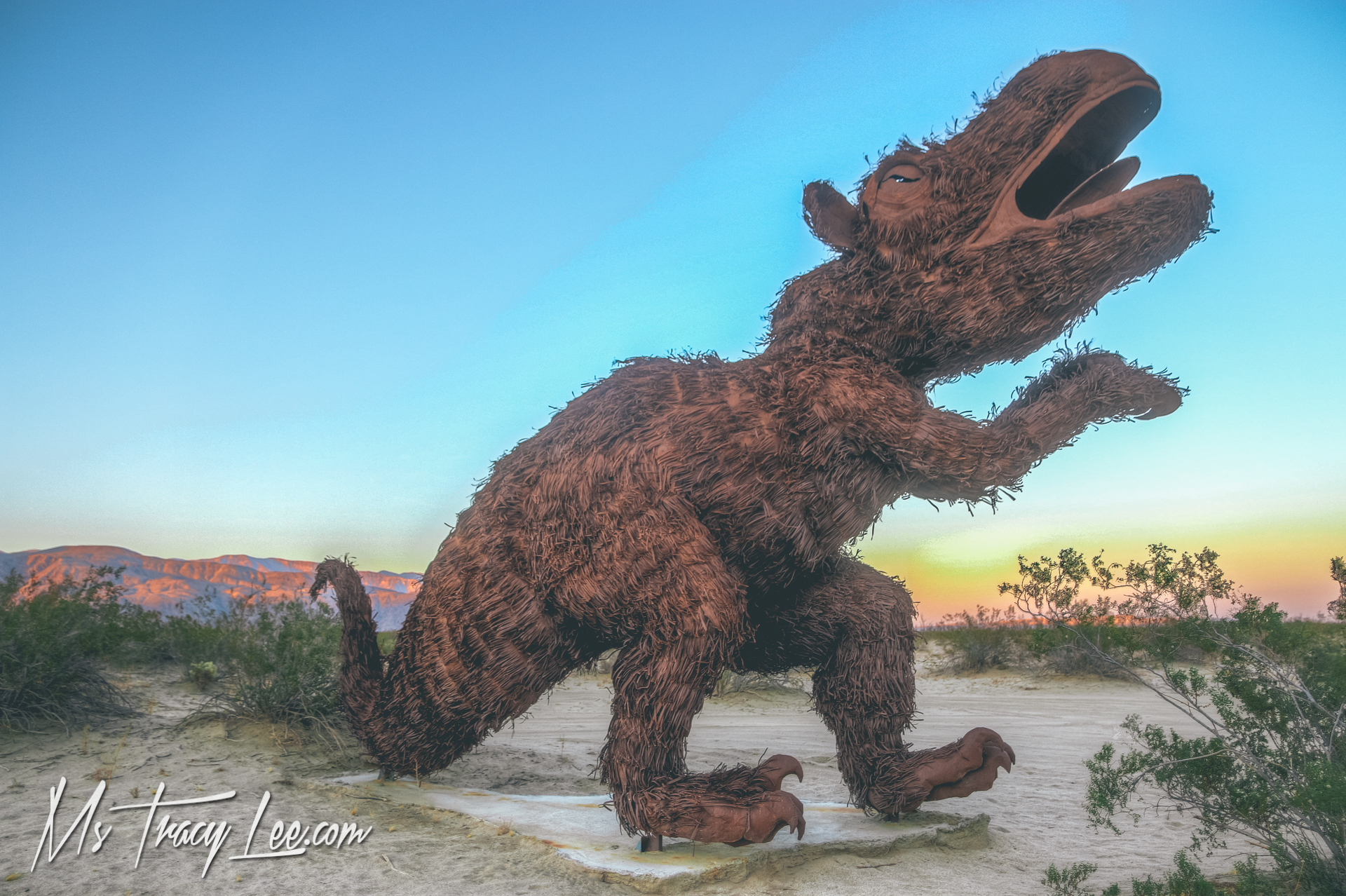 Our plan was to camp in the desert that night but with temperatures at a low of 90 we decided to grab one of the many hotels/motels available in Borrego Springs. It was about 830 when we checked into the Palm Canyon Hotel which was reminiscent of an old western town. I had brought a rotisserie chicken, hummus, carrots, cut pineapple, and some baby pecan pies for us to eat and we dove into all of it before taking a swim in the pool which closed by 10. 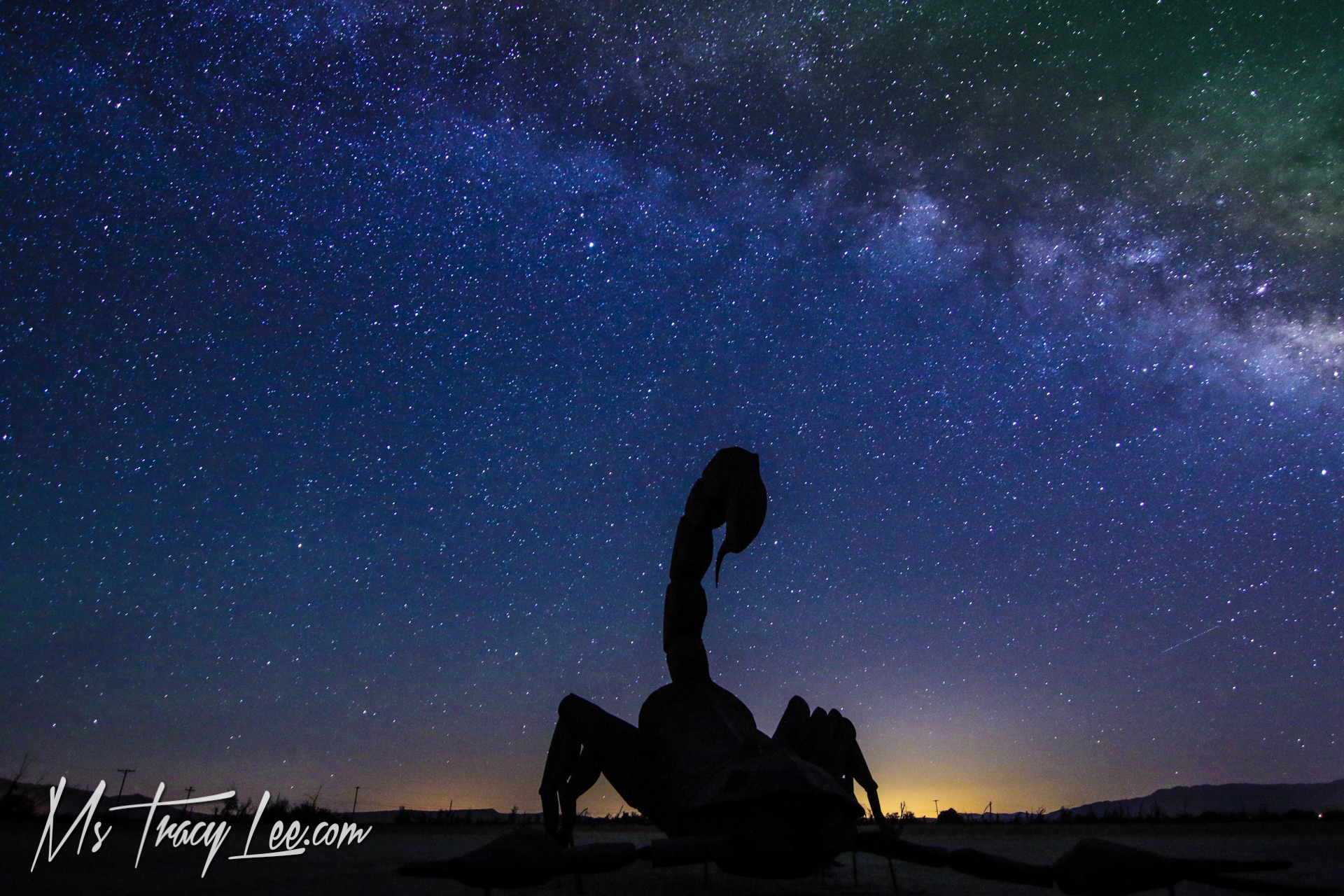 It was close to 11 when we went in search of the scorpion and cricket statues we knew existed in the desert. We had forgotten our guide so had to rely on google; lucky for us there is great cell service in town. To get to the sculptures, you have to leave the paved roads and drive out onto many of the dirt roads carved by tourists going to see the artwork. We found what we were looking for and I quickly set up my tripod for the long exposure shots. First shot I got was the wide one you see above this paragraph.. It was fun shooting with Cub because he had a lot of creative input for me while we were doing this process.. He actually said shooting the stars was one of his favorite parts of the trip! 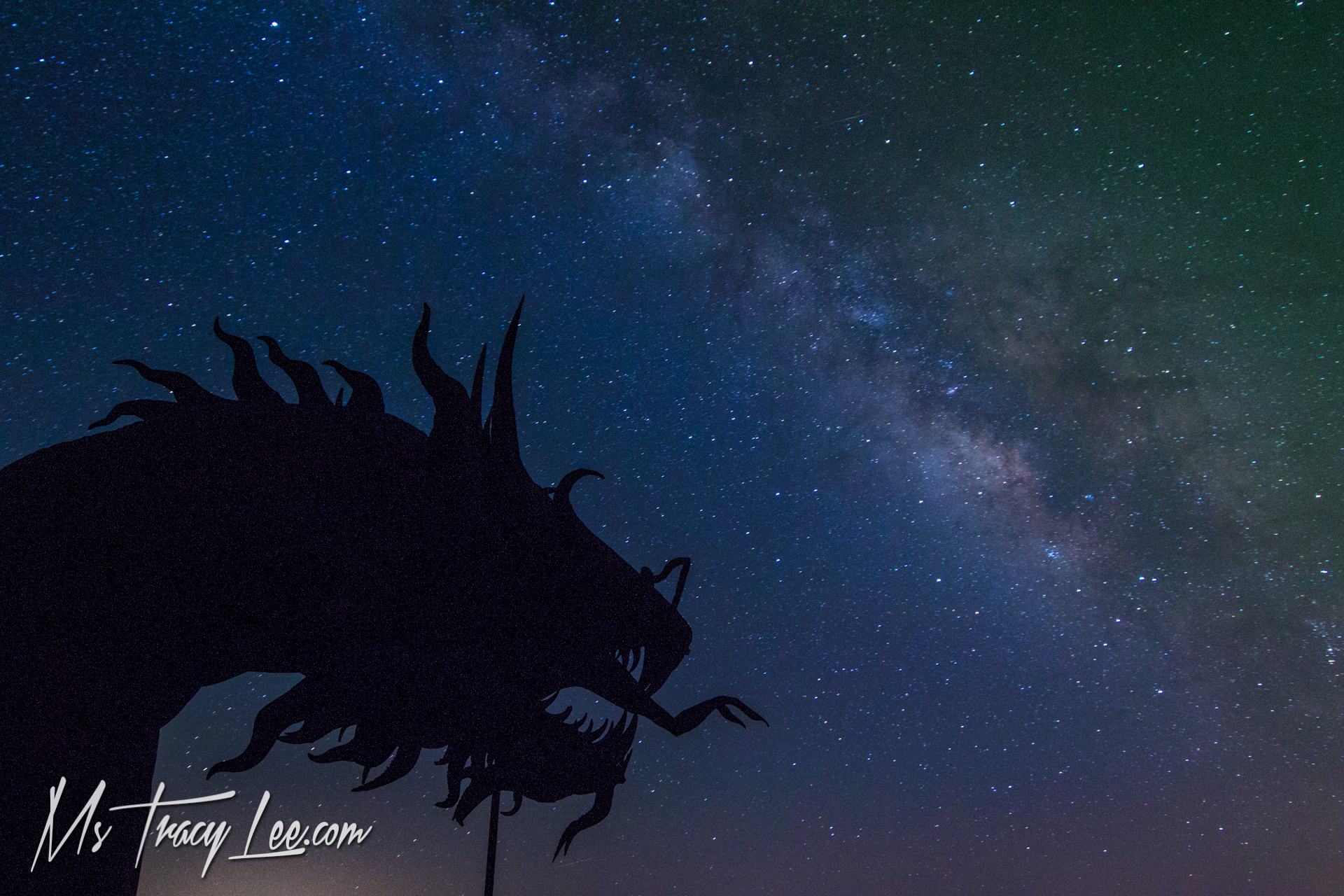 I tested out my fisheye lens but decided I liked my wide angle a lot better. We played around using his cell phone to light the sculptures as well as to light behind them. And we made our way back to the Dragon to get my favorite shots of the night! I was getting tired quickly as the heat and the long day of driving (I had started the day in San Diego, Headed to Huntington Beach, and then out to Palm Springs) was getting to me and we got back and crashed out by 1am. 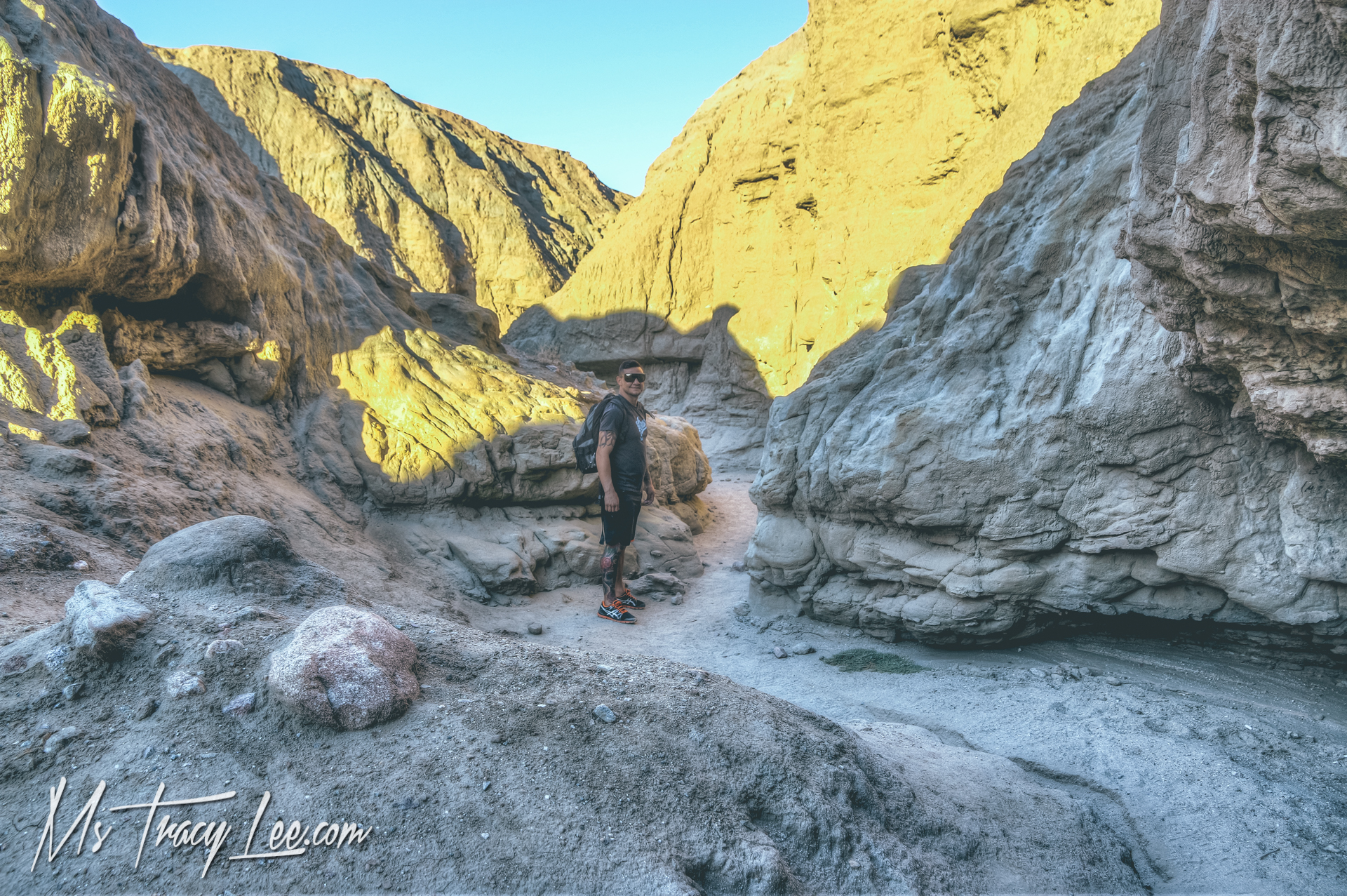 We set our alarms for 5am, a mere 4 hrs later because we wanted to hiked the Anza Borrego Slot Canyon and not die due to heat. It was about 85 by 6am, and I think we finished the short hike by about 8 when it was about 95 out. It was at least 10-15 degrees cooler in the slot which was short and sweet but fun to explore! 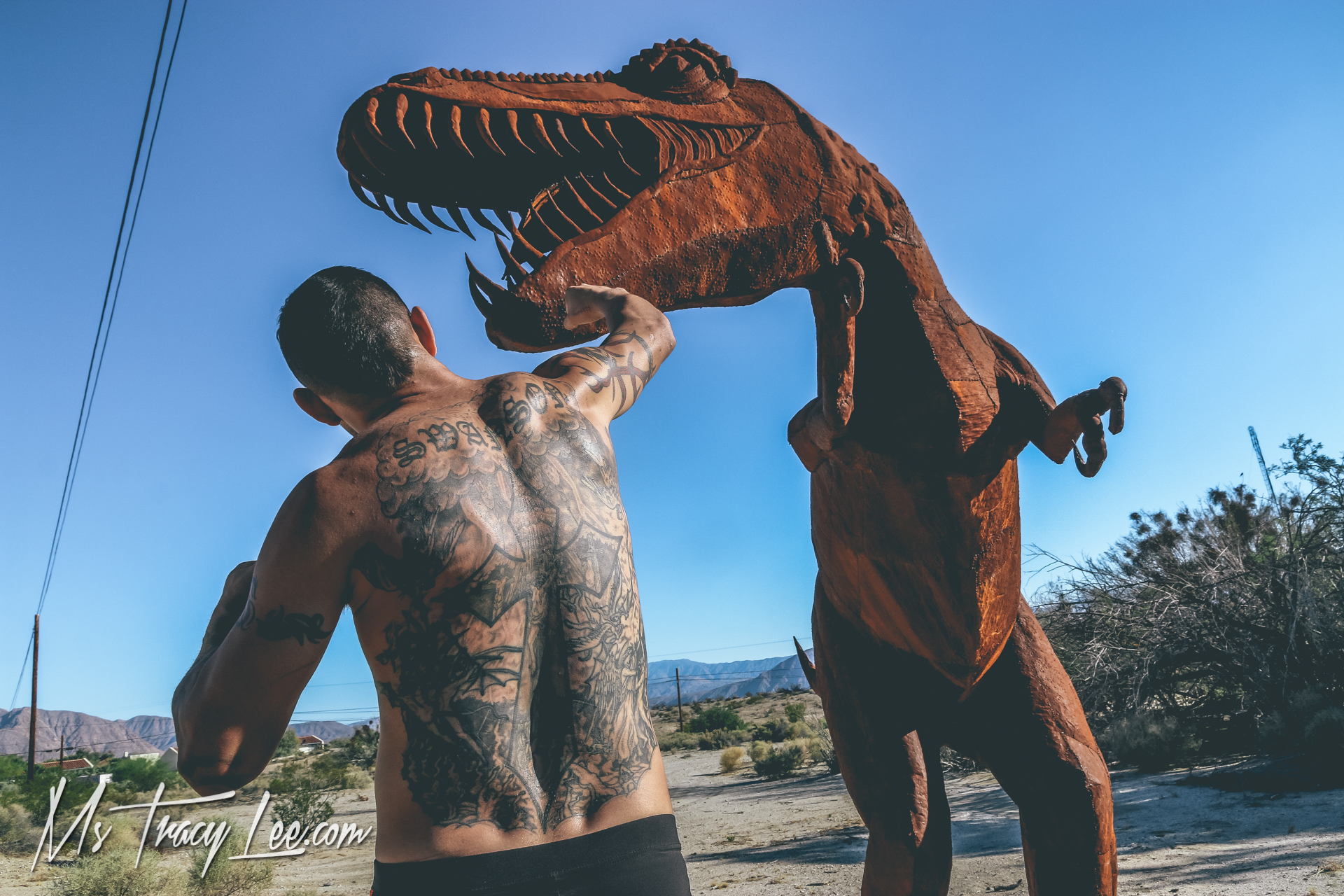 On the way back we got into an altercation with a couple dinosaurs; we of course won.. Back to the old west to back our stuff and check out and on the road back to Palm Springs by about 9 am.. It was a short, fun adventure with a lot of cool pics to share!

Previous: Today’s hike to #kanarracreek was…
Next: I went on an quick…