The ruins of St Paul’s…

Photo Caption: The ruins of St Paul’s is a 17th century Portuguese church and one of Macau’s best known landmarks. They consist of the southern stone facade that was intricately carved by Japanese Christians in exile. .

Getting a photo of it without one of the hundreds of people &their selfie sticks in it can often prove difficult but I chose to take advantage of the incredible clouds in the sky that day and just shoot up!
____________ 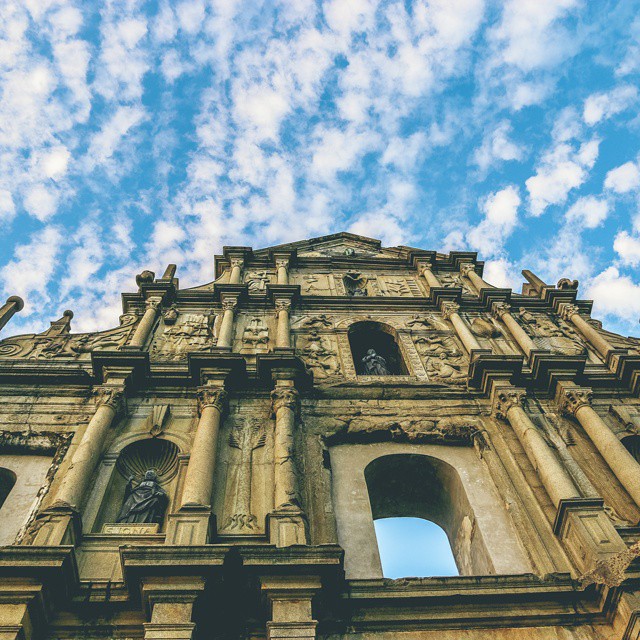