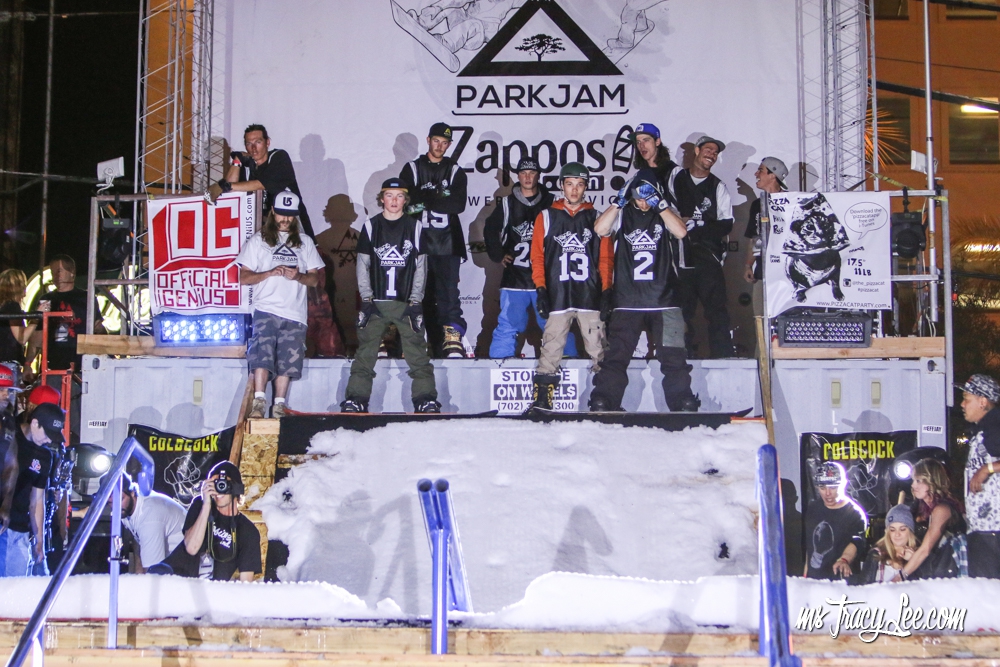 The ParkFab Park Jam on Fremont Street Las Vegas by Zappos went down on Saturday March 7th and was host to 24 professional invited snowboarders to compete for $4000 in cash and prizes.. The platform were 3 rails set over about a dozen stairs in a parking lot covered with snow (ice chippings from 15tons of ice) on the top of the stairs and then on carpet at the bottom of the rails.

Many of you guys had no clue that I am so much into snowboarding until this year when I am now healthy and back on my board again. I probably have barely ridden 10 times in the last 10 years because of living in Vegas and my back issues, and now I’m happy to have ridden about 10 times so far this season! I’ve been heading up to the slopes every chance I get and when I heard about this contest, I knew I wanted to check it out and hopefully shoot it. Snowboarding and Skateboarding is what got me originally into photography way back when and is how I even learned to use a camera in the first place!

I arrived right after 7pm Saturday night and weaseled my way up front and center to sit on the hay bales surrouonding the competition and shoot for the night. I made conversation with one of the riders that was posted up there right next to me as I shot and we discussed the competition in front of us. I introduced myself to the rider, and as we shook hands he told me his name, Matt Shaffer.

The contest was set into two heats of 12 riders with each rider hitting one of the 3 rails multiple runs in the set time period. My new friend Matt (#18) was a part of the second heat and as he walked away to take his turn, I shouted,”Good Luck!” In no time at all I could see that he was easily going to be picked for the final. He was consistently landing his tricks in a situation where these guys were going HUGE and bailing hard. The entire event was impressive and what these guys were trying to do with very hard landings (cement and carpet w/ a little bit of snow on top of it) was mind blowing! 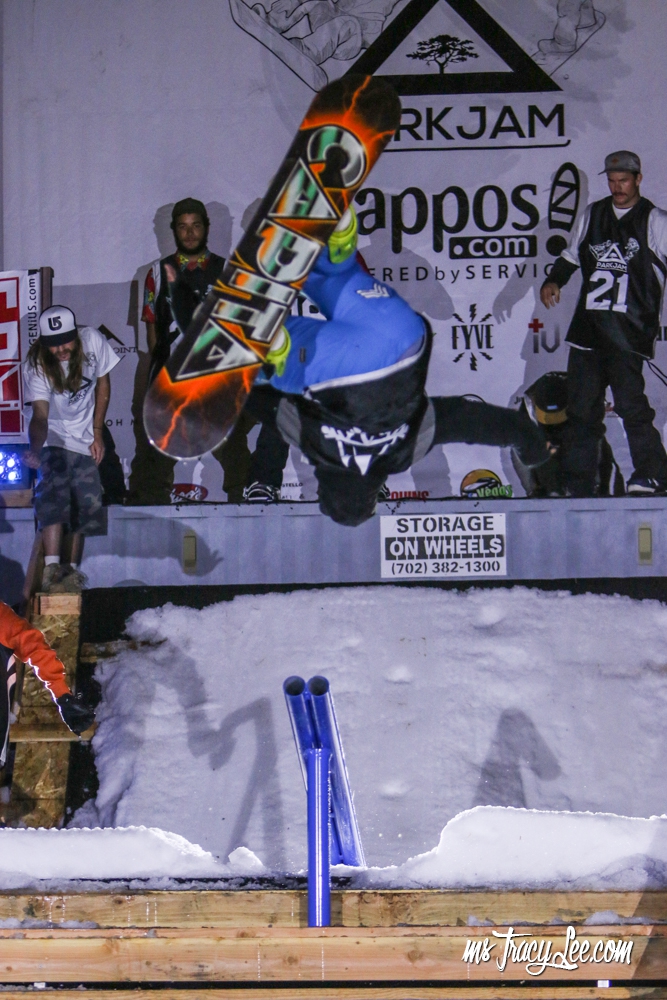 After both heats had gone, there was an intermission while the judges picked 10 riders to continue and like I said, Matt made it. He was my new buddy and I was rooting for him! There were a couple local guys that had made it into the finals as well. 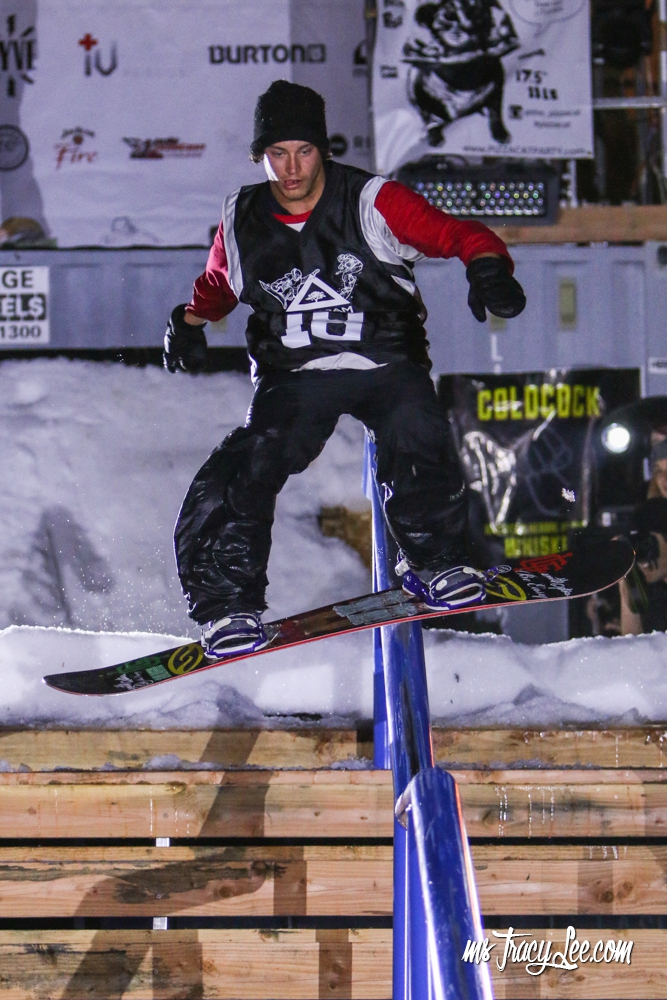 Into the final heat and the competition was fierce.. In our eyes, we knew who had won based on style, consistency, and clean landings, not based on how crazy they were getting on the rails. 1st place went to Matt Shaffer, 2nd to Drayden Gardener and 3rd to Jordan Wells. Vegas Local, Ricky Crilley won Best Trick of the night – Frontside Boardslide through the kink.

Check out all my photos from the evening here, and stay tuned for more snowboard stuff; season’s not over YET!!!!

NOTE: THERE ARE 2 PAGES OF PHOTOS SO MAKE SURE TO CLICK THROUGH TO THE 2nd PAGE!

Previous: Im very sad to hear that a friend I made @tigermuaythai in Thailand in November, Leeroy Dowling, has passed away today. And im also sad to note that when i went to his FB page just now, this photo of us is set as his main profile photo. He was such a sweet guy with so much heart and determination to go train at TMT in spite of his disabilities. I hope that you are in a better place now, Leeroy, may you rest in peace. My condolences go out to his family and all his many friends back home as well as in Thailand. .#sad #livealifeworthliving #truth #livelifehappy #livelifetothefullest #rip #restinpeace #leeroydowling #tigermuaythai
Next: Donated some time today at…