King of the Desert 2 at Las Vegas Ski Snowboard Resort

King of the Desert 2 at Las Vegas Ski Snowboard Resort 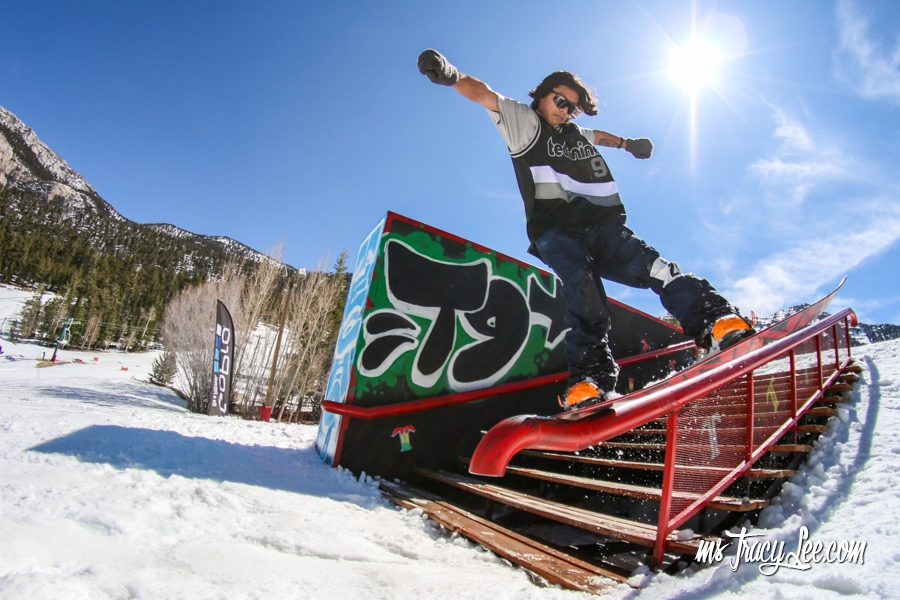 Saturday afternoon, the King of the Desert 2 at Las Vegas Ski Snowboard Resort went down sponsored by Technine Snowboards, Official Genius, McGhie’s Ski Bike and Board, Skatin On Em, JammyPack, Subaru of Las Vegas, SPY, GoPro.. The contest consisted of riders hitting the Technine Feature that has been a part of LVSSR all season. Rail, Creeper Rail & 10 foot box were the options on the feature and the riders could hit any of them to show off their skills to the judges. In the end, Jaromie Nolan took home the adult 1st place win, with Best trick of the day going to Ricky Thizz, and a honorable mention to Chris from Powder & Sun who hasn’t touched a board in 12 years! 1st prize was $500 but the other winners got gear, boards, and GoPros to boot!

Check out all the photos below!

Previous: I'm so fortunate to live in Las Vegas and have stuff like this at my fingertips. Having this & Utah so close by is like a dream come true. This is a shot I took from the top of the 2nd of the last 4 rappels at Mud Springs yesterday. .#rappel #rappelling #livealifeworthliving #truth #LasVegas #Vegas #Vegaslocals #TracyLee #canyoneering #canyon #adventureismydrug #adventure #mudsprings
Next: BLOG & PICS: http://bit.ly/kingofthedesert2 ….