Don't Miss
Home / instagram / I know my black and…

I know my black and…

Photo Caption: I know my black and white photo challenge from @sobeksemper is over but I’m still in the swing of it and have so many photos from my trip still to share!

@emmanuelpacquiao had just dominated Chris Algieri for all the rounds in their fight. After his hand was raised, Manny ran to the corner of the ring and put his head against the post to pray. His mother you can see swinging her cross in the background. .

It’s quite an honor to be able to shoot such a cultural icon whose influence affects people well after the gloves are taken off and he steps out of the ring. I look forward to seeing what he does next. . #pacquiaoalgieri #pacalgieri #trboxing #Macau #Venetian #boxing #tracyleephotography #mannypacquiao
#tracylee #fighting #culturalicon #Filipino #Philippines #legend #blackandwhitechallenge #bandwchallenge 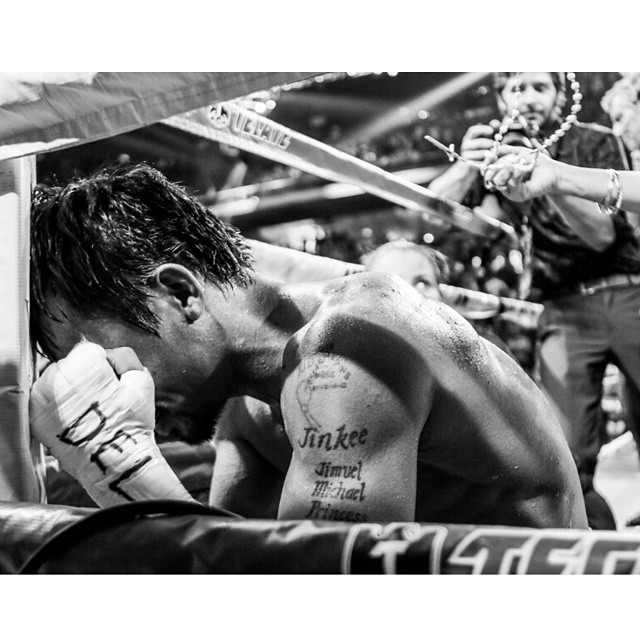