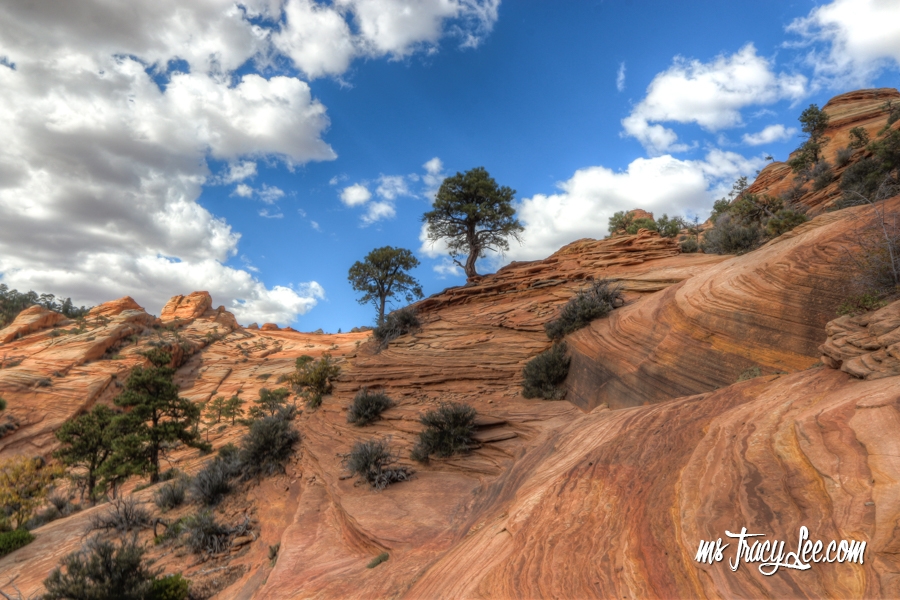 Six Girls and a Dude Hike Water Canyon last Sunday… Lucky guy, right?? No, lucky for all of us because the hike was so incredible!!! We did Water Canyon about a month ago, but only did about 3 miles of the entire 9 mile possibly hike. So we knew we wanted to go back, and invite more friends to join!! I started rallying the troops all week long and we ended up in three cars heading up to Utah. I was staying to hike another day so I drove separate from everyone else. 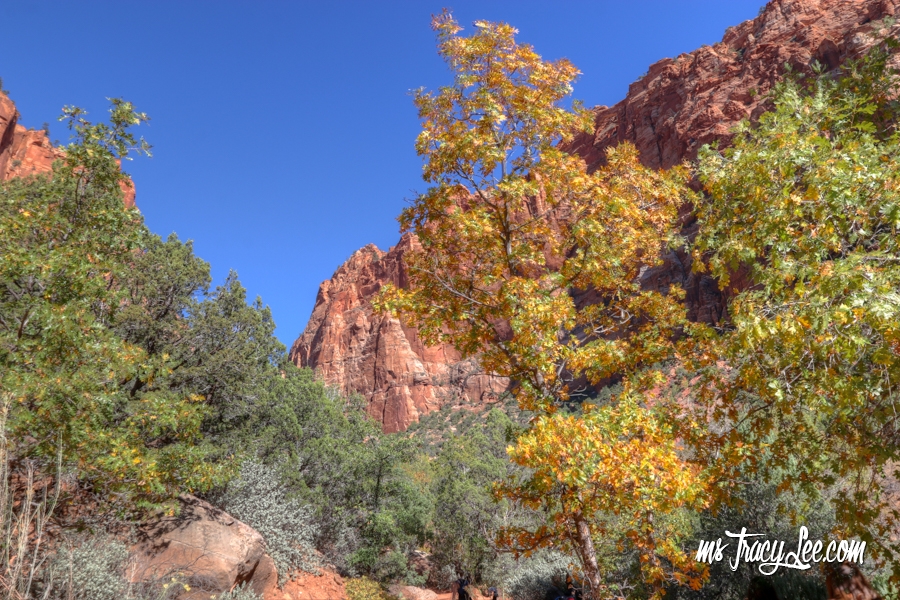 We made a stop at Subway in Hildale where Jason met up with us after being up late bartending the night before. We all grabbed sandwiches for the hike and then drove through the little town of Hildale which has from experience always seemed like a ghost town at this time of morning (10:30am on a Sunday). We took the dirt road that leads to the trailhead in two cars and realized that they had fixed the road and we were able to drive all the way in to park. Previously, it had gotten damaged by the storm so it added another 3/4 of a mile to the hike. 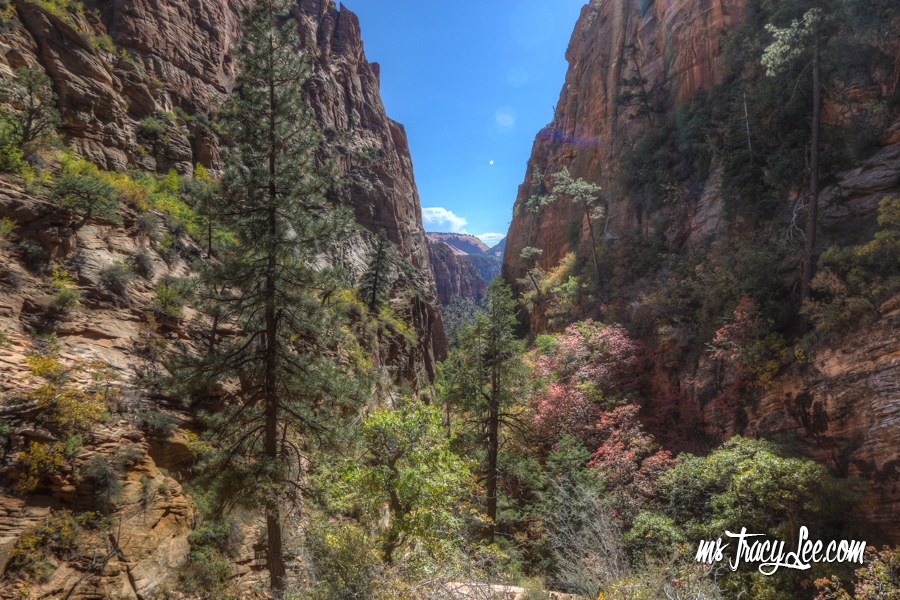 We got on the hike at a very brisk pace with long legged, Ashley leading the way. I knew how intense the hike would get farther on as far as the increase in elevation so I had her take it down a notch so that our whole group could stay together. Because of how fast we were going though- it wasn’t long at all before we reached the beginning of Water Canyon which is an oasis in itself.. This time was quite a bit drier than the previous trip a day after the flash flood. 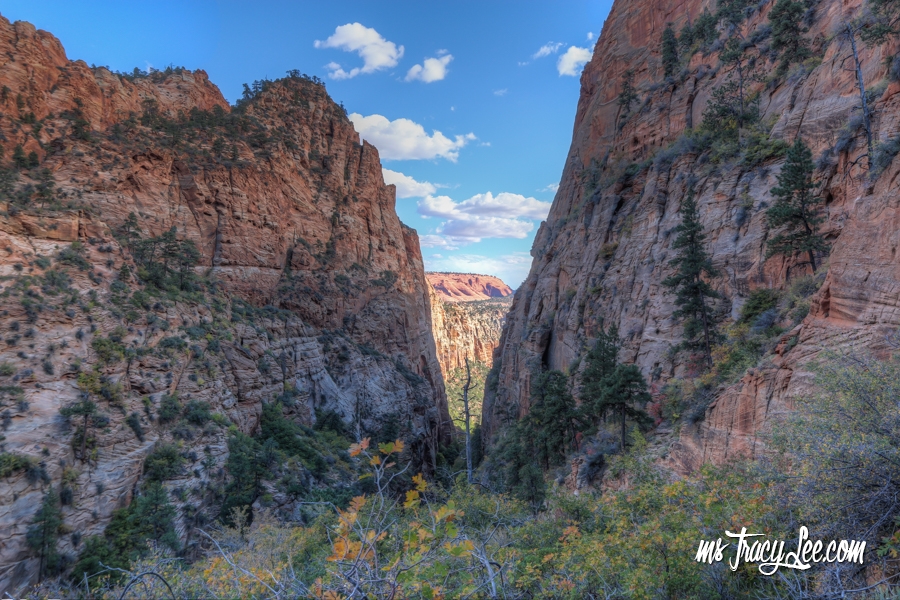 We didn’t delay much other than to take a group photo and continued onward and upward. We had a lot of ground to cover! We quickly reached the point that we had hiked to on the previous hike; we were on a mission to make it to the top of the canyon and explore up there this time. At some point I just lost track of time, and I can’t tell you how long it took to get anywhere in the hike. We made it to the top of Water Canyon and took a break at an overlook for lunch; we could see in every single direction for miles at this point. 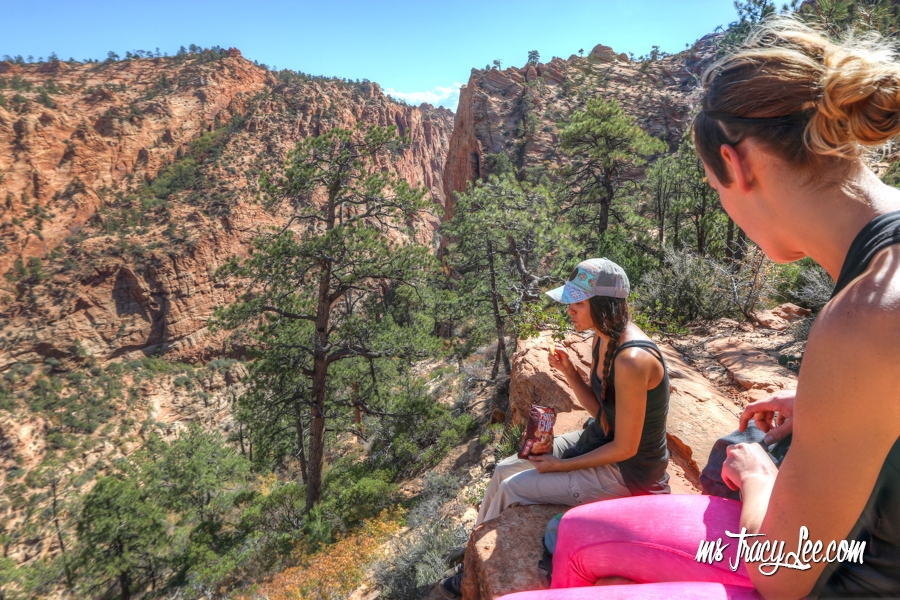 The trail somewhat disappeared at this point. We weren’t surprised- we had read much of the hike at this point would be a little sketchy in regards to that. Our mountain man, Jason had no hesitation and took the lead at this point. We reached a sand wash that we knew had been full of water just weeks earlier. We followed it like a road and got to explore and take photos of this gorgeous playground. Some of the girls had to leave by a certain time, so we made the White Domes we spotted in the distance our destination before turning back to head home. 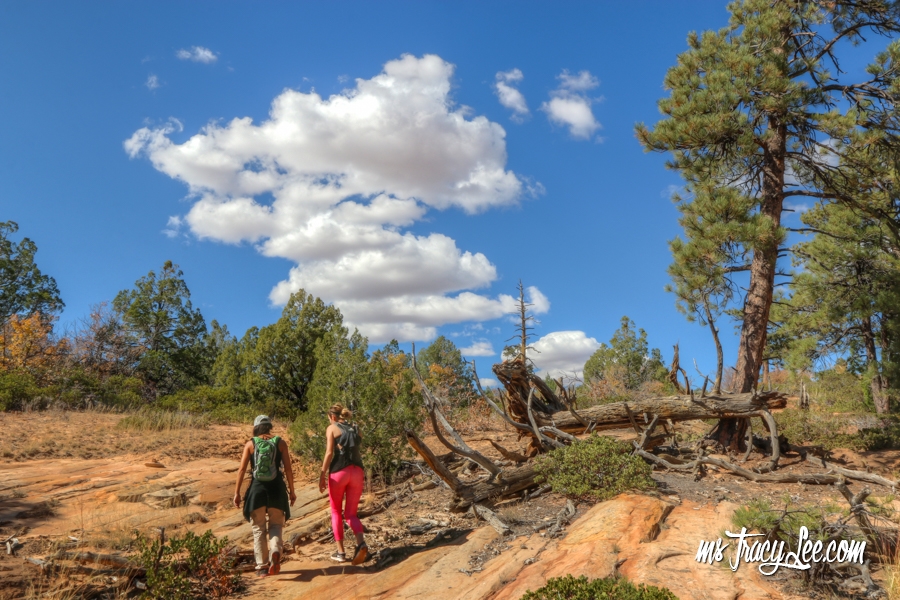 And we just explored. Took photos and explored more. Jason and I went as far as a little narrow canyon we found in the distance while the rest of the girls kind of spread out and took photos at their leisure. Only time on the clock I can clearly remember is turning back to head towards the car at about 2:30 PM. It took us about 4 hours to walk in to the point we were at. I knew it would take no more than 2 to get back. 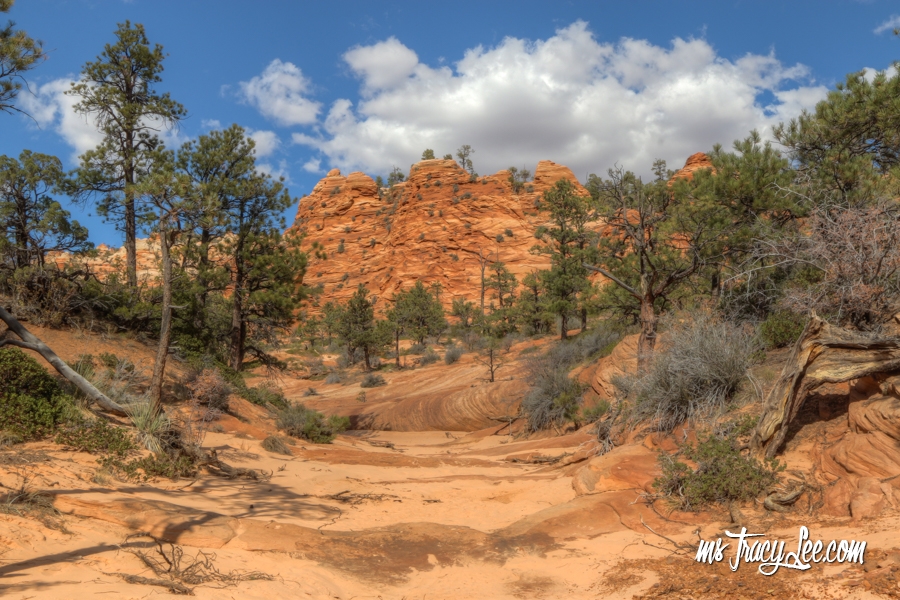 As we made our way back through to the top of Water Canyon to descend, we followed the wash most of the way before turning through the brush to head South/Southeast back into the canyon. We were warned that finding the correct trail back into the canyon would be tough, but Jason again took the lead on this and we were on the path in no time. We descended all the way to almost the beginning of the canyon when we came across a local family playing in the water, and all the kids were watching their father prepare to rappel. Surprisingly enough, the children socialized and chatted with us which we found odd because of the nature of their religion and teachings. After saying happy birthday to the 5 year old, we turned and headed on our way out of the canyon. 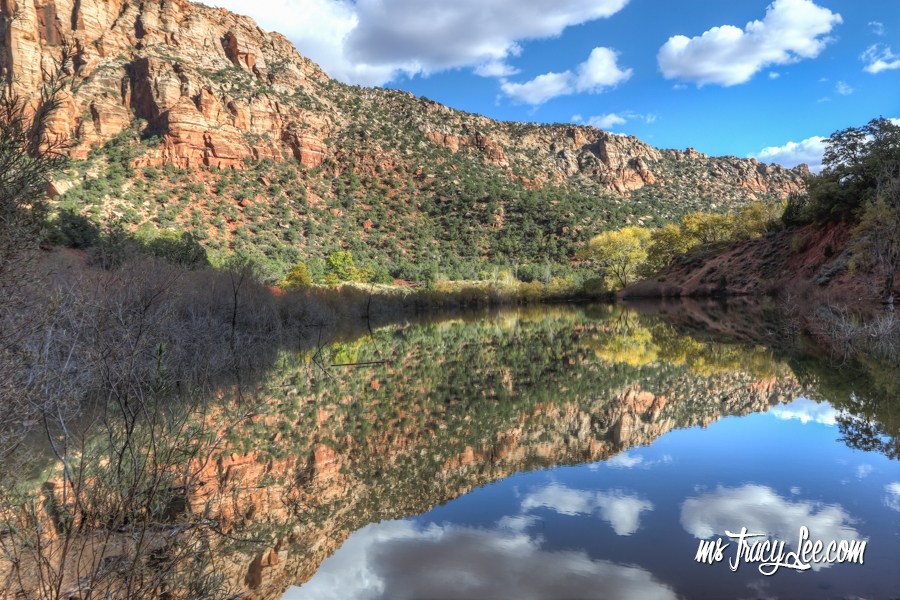 It was a beautiful day, with many incredible photos to show for it. Please enjoy the photos as much as I enjoyed taking them!

Previous: My 1st time to Joshua Tree National Park so I felt it fitting to attempt another epic selfie… 2nd try; nailed it!.I would like to come back here and go camping. I didn't really have any time to explore or really take photos. I'll be back!!!.#joshuatree #jtnp #joshuatreenationalpark #peoplewhodofunstuff #rei1440project #outdoorwomen #livealifeworthliving #adventures #adventure #adventureismydrug
Next: Water Canyon hike pics from…