Sons of the Sea from New York to LA

Sons of the Sea from New York to LA 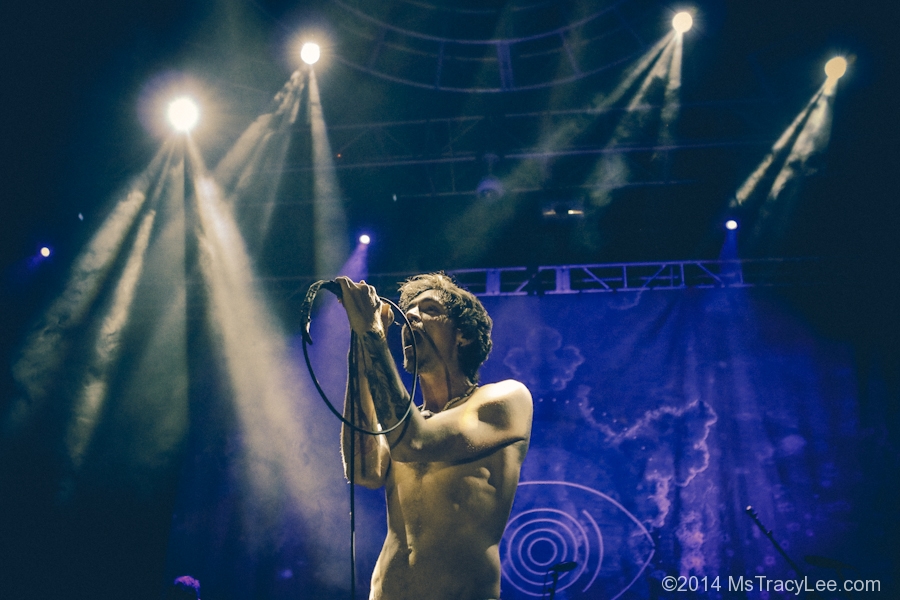 Sons of the Sea from New York to LA: So Brandon Boyd of Incubus has hit the road on his solo tour, and he’s brought his friend’s along with! In New York City a couple weeks ago, I headed over to see Ben Kenney performing his solo act with his band to open for Brandon at Irving Plaza. Unfortunately I couldn’t stay for the entire show so here’s the photos I got of Ben Kenney in the green room and during his show!

Fast forward to 2 weeks later in the City of Angels and I joined DJ Kil with HIS solo act, and Brandon Boyd with Sons of the Sea at the Belasco Theater. I knew this was going to be a blast because it was going to be a reunion of sorts with a lot of people I hadn’t seen in a while from the Incubus tour a couple summers ago! We hung out backstage until it was time for DJ Kil to go on, and then we all made our way to the front of house.

I wasn’t sure what to expect with Chris Kilmore’s set, but was blown away by the live electronic music and visuals that he and his band created. We had a special treat when Kil invited Ann One to the stage to sing some vocals over their music! We headed back into the green room after their performance for an intermission before Sons of The Sea took the stage..

When Brandon took the stage, I (and all the other photographers) were to wait one song and then could enter the pit to shoot. Lucky me- I was allowed to shoot through the entire set that night. I got busy and shot from every vantage point I could; front stage, back stage, and upstairs overhead as Brandon performed to the sold out crowd. I apologize in advance for calling his keyboardist a Rabbi all night, but that’s what he reminded me of, lol.. As the last notes were played in their encore, Brandon asked the crowd to join him in a photo.. Justin (Brandon’s photographer) snapped a wide angle shot of the guys with the crowd behind them before the band adjourned to the green room below..

It wasn’t over though!! It was Brandon’s Birthday and his girlfriend had gotten him a cake.. Backstage was PACKED with family and friends as we all sang Happy birthday to him.. The entire night was a TON of fun; here are all my concert and other pics from the night!!

Previous: We need your help for…
Next: Hanging out @godsngenerals booth w/…