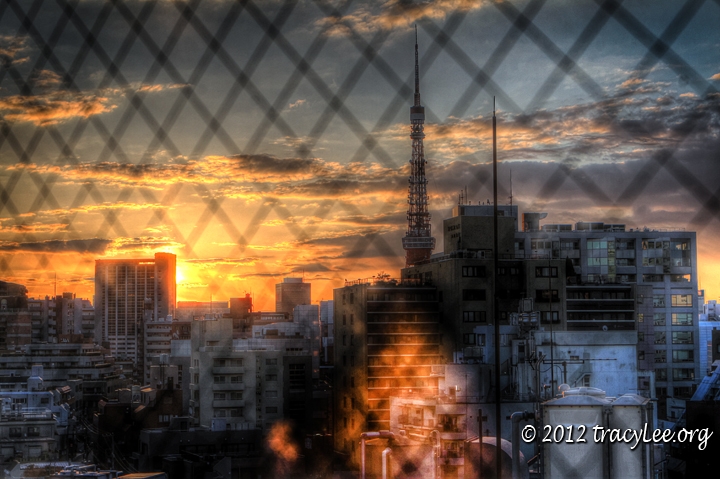 It’s about 6am in Tokyo right now and I have woken up to try and catch the sunset. Sunday morning, I found myself awake at 4am but in an attempt to try and get on a bit of a normal schedule I made myself sleep a bit more. In waking at close to 6am yesterday, I looked out the window and observed the most amazing sunrise. Imagine my frustration at the windows in the hotel w/ their safety glass that made my sunrise photos look like I was shooting through the walls of an octagon!! I had the thought of throwing my desk chair through the window but decided against breaking it in favor of warmth because its been so frigidly cold here!

So after waking up and not throwing the chair through the window (disaster averted?), I got some work done and then headed downstairs for breakfast around 8. It was the exact same breakfast they had offered the previous day, and probably the same one I will find again this morning.

Our plans for the day were rather aggressive and included a visit to Akihabara, or Electric City, Asakusa, to check out the temple and go shopping, and then the Rugby semifinals at Chichibunomiya Rugby Stadium at 2pm. We were out on our mission by 10am and found ourselves on the Hibiya line all the way into Akihabara.

We ducked into a small little restaurant chain called Sukiya to grab a quick beef bowl with a raw egg cracked over it; We needed to fill our stomachs before heading to the Rugby game. What type of snacks do they serve at a Rugby game in Japan, anyways??

We got minutely lost trying to find the actual train station we needed; we went to the one we came from before realizing it was not the right one. So we ended up with a little more site seeing in Akihabara, so what? lol As we were leaving, they were closing off the main street running through Electric city and people were beginning to pour out into the streets.

It only took us one train to get to the area that the Chichibunomiya Rugby Stadium was located and then it was a matter of following the crowds to find the game a mere 2 blocks away. My friend, Todd Clever plays for the Suntory Sungoliath (the only American player on the team, he’s also the captain of the US National Team) and had tickets waiting for us, although for the life of me, I could never find out where our seats were! Unfortunately for Todd, an injury had him sidelined in hopes of playing in the finals next week.

I want to lay out the disclaimer in advance, so if I sound stupid at all, I have an excuse. I have never seen a rugby game. Never watched it on TV. I didn’t know the rules, and wasn’t quite sure what to expect with a game in Japan. Now that I have put that out there, I will continue on with my blog.

We found some seats in the relatively full stadium just as the earlier game was ending. It had warmed up quite a bit from how cold it was earlier and thankfully we were also sitting in the sun. I had brought a number of lenses with me so that I could shoot the game from my seat. Luckily for me, Scott had played rugby in the past and was able to talk me through the entire game. 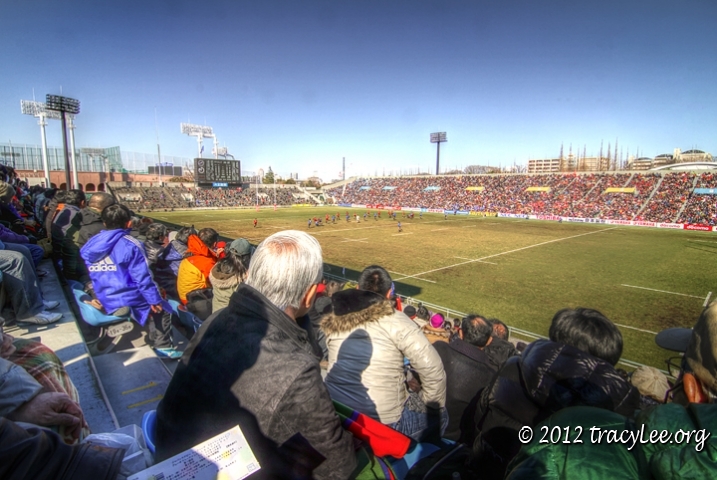 “So let me get this straight- they play for 2 halfs of 40 minutes each? Damn that’s some crazy cardio!” I learned the terms scrum, hooker, flanker, line out, knock-on, try, goal and a whole bunch that I think I lost in translation. All in all it was pretty much a shut out in favor of the Sungoliath, 56-8. I was so excited when the game was over because the temperatures had dropped severely since we had gotten to the stadium. Here are the pics that I took at the game.

At this point, all I could think about was getting warm so I rushed us back to the train station and over to our hotel that was only a few stops away. We had plans to meet Todd for dinner as soon as he was done with team meetings and what not so I came back and got some work done. Not long after, Todd showed up to the hotel and the three of us walked into the night in search of our next meal.

As usual, we had no specific idea on what we wanted and I was no longer as cold so we meandered through the streets chatting and casually looking at the restaurants we passed. I put my foot down about hamburgers and I’m glad that I did or else we would have never come across the Okonomiyaki place that we chose (i’ve never had Okonomuyaki before)! It’s quaint exterior and hot, blonde mannequin (Todd pointed her out!) beckoned to us and we stepped inside for a new experience.

Each table in the place had it’s own grill on it, and the entire place was only about 10 tables big. With loud greeting from the kitchen we were seated at what seemed to be a 6 person table which would have fit no more than four of us, guaranteed. The tables were separated by wooden dividers to give each party a little privacy. I marveled at the character of the place and was already thrilled about the decision to stop there.

Todd communicated with the waitress in broken japanese but we could have gotten by with all the photos on the menu. Todd and I both chose a “pancake” with noodles, pork, lemon, and an egg sunny side up on top. Scott picked one that seemed to have pork or beef stew in it. Conversation turned to fighting and rugby as we munched on edamame and waited for our meals to come. The question of the night seemed to be the “139cm” listed on the waitresses name tag. Turns out it was her height.

The drawing of my food didn’t show any type of garnish on top so you can imagine my dismay when the meals arrived with seaweed sprinkled on them. You’ve never seen anyone loose their lunch faster than me when I ingest the stuff. We sent it back and they picked off the offenders and added a new egg. Not wanting to waste food, I crossed my fingers and dug into what turned out to be my favorite meal of the trip thus far! I followed it up with a dessert of 8 rice four balls whose name confused us, but the picture didn’t. Flour. The L was missing; another thing lost in translation. The dessert reminded me of mochi ice cream; some assembly required.

We made friends with the chefs and the waitress, took photos with them, and then learned that the restaurant also has a location in Santa Monica called Gottsui (click to get to their website); Thank god I don’t have to wait till I come back to Japan to eat this yummy dish again!

The long day, the full stomach, and my desire to get some work done had me heading to the hotel immediately. I snapped a few photos as we walked back through Roppongi; Todd and I said our goodbyes, Scott went out exploring a bit longer and I made friends with my laptop for the rest of the night.. 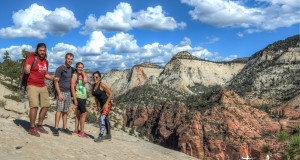 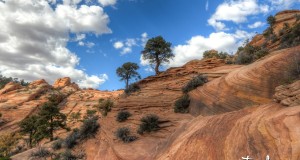 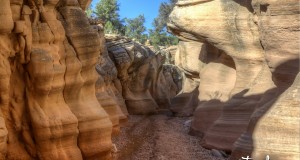 On a Mission to see Willis Creek